March scare created 'an incredible amount of fear in the industry,' grower says, 'We have to be optimistic.'
Jan 12, 2021 3:00 PM By: Jordan Snobelen 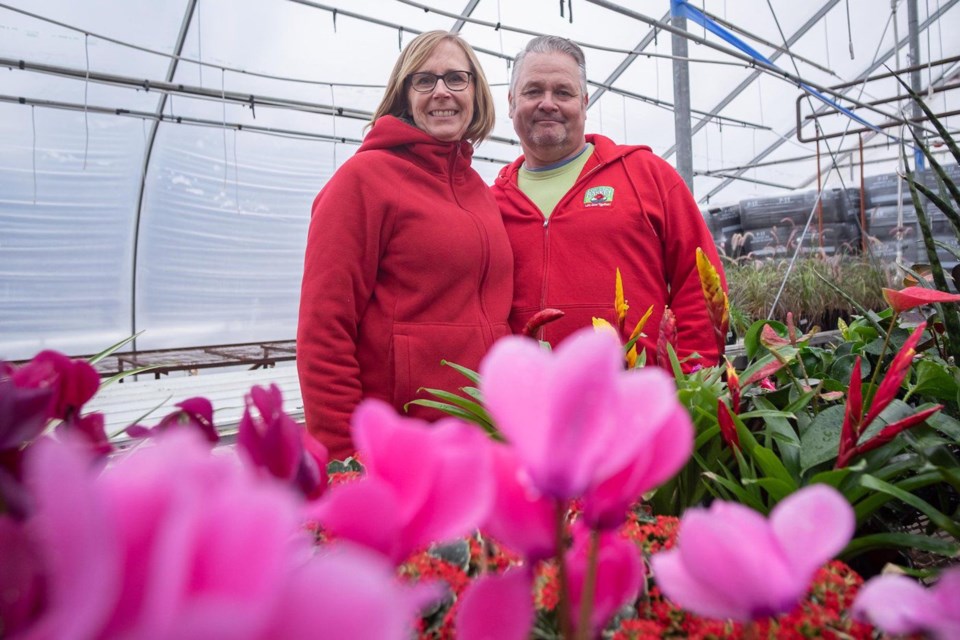 Growing flowers may not seem like tough business, but as many aspiring pandemic green thumbs can now likely attest, there’s more involved than simply  adding a little water and sunlight.

As the coronavirus began stifling businesses back in March last year, Arie  Koole, owner of Creekside Greenhouses in Jordan Station, recalled it being a time of “real panic.”

Right when sales of lilies and hydrangeas would be driven by Easter, orders wilted – and so too did the flowers, with nowhere to go.

“We dumped a lot of flowers,” Koole said recently.

It was enough to scare the family-run operation, which specializes in potted, hanging plants, into planting less without knowing what loomed over the horizon.

“Your experience tells you how much to grow,” he said.

Except, much like the rest of us, Newhouse and other Niagara flower growers don’t have experience trying to adapt business to a health crisis.

And since products streaming in week after week from across the globe need  to be planted well in advance of when they’re ready to be sold, growers can’t exactly implement changes quickly. So, they cut production.

“In  March, when everything hit, we tried to slow things down,” he said. Typically, that would be a vital time for planting in advance of the coming summer months.

By the time July rolled around, life had begun to return again and with it, so did demand, as people dove into gardening for a stay-at-home escape.

Newhouse admits that in trying to anticipate a slowdown, the operation missed its summer opportunity.

With the majority of their business coming from the U.S., retail has since been able to adjust and keep the machine churning.

“There’s been added confidence,” Newhouse said of the fall and holiday season.

In the back of his mind, he worries about another full-blown lockdown scenario, but he believes indicators are strong for a stable season ahead.

When it takes upwards of 20 weeks of planning and growth ahead of time, Newhouse said, “We have to be optimistic.”

Country Basket Garden Centre owners Paul and Pam Bongers opted out of selling  Easter-focused flowers from their Niagara Falls retail location some years ago. It’s that lucky decision Paul credits with saving their  business from having to toss product last year.

The March scare, he said, created “an incredible amount of fear in the industry.”

But when they reopened their doors in early May, business boomed with steady lineups for over a month.

“It  was crazy, it was absolutely crazy,” he said over a recent phone call. “We had our best season ever; we blew it out of the water.”

“Once  we realized that we could be open … we just kept planting and planting  and growing whatever we could get our hands on,” he said.

Though he noticed a decrease in poinsettias sales, coinciding with a lack of  businesses decorating for the holidays, overall, sales were up across  the board.

As  for what the coming growing season holds, Paul quipped that his  “crystal ball” is a little cloudy right now, but added that “if people continue to homestead, we’re pretty much going to be on par for what we  did last year.”

Back at Creekside, Koole said they’re growing everything they can.

“Right now we’re getting orders for Easter and spring as well, everything seems to be back to normal,” he said.

The question on growers’ minds: will it last?

Jordan Snobelen is a reporter for the Local Journalism Initiative, which is funded by the Government of Canada