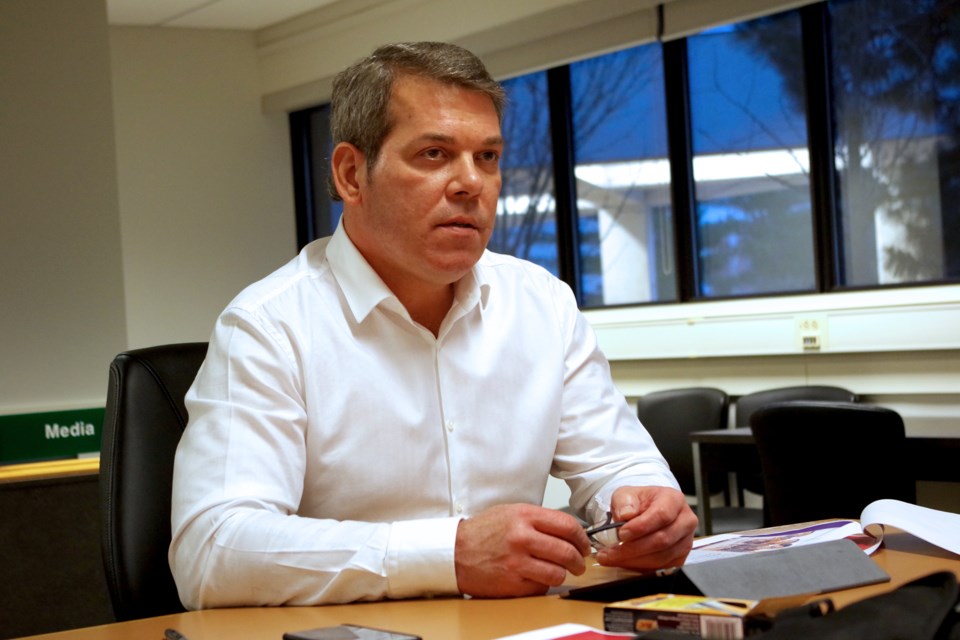 NEWS RELEASE
MP VANCE BADAWEY
*************************
Today, Vance Badawey, Member of Parliament for Niagara Centre, introduced his Private Member’s Motion M-227, which states: That the Standing Committee on Human Resources, Skills and Social Development, and the Status of Persons with Disabilities (HUMA) be instructed to undertake a study of the creation of a federal trades strategy, to consider, amongst other things:

i.    Regional labour shortages in the skilled trades;

ii.    the impact labour shortages could have on major projects across Canada; and

iii.    how skills shortages are exacerbating these labour shortages by preventing workers from being able to find employment.

Niagara, not unlike other jurisdictions, is beginning to experience a skilled trades shortage. A need for welders, pipefitters, boilermakers, seafarers, tile setters, plumbers, technicians, chefs, and other hands-on hard-working skilled tradespeople. Thanks to the efforts of the Honourable Patti Hajdu, Minister of Workforce, Employment and Labour, this government has significantly boosted federal support to provinces and territories by $2.7 Billion over six years – this to help more unemployed and underemployed Canadians access the training and employment supports they need to find and keep good jobs.

MP Badawey’s motion, M-227, the creation of a Federal Trades Strategy, will bring together all of our partners, such as employers, educational institutions, and organized labour to build on what Minister Hajdu has initiated.