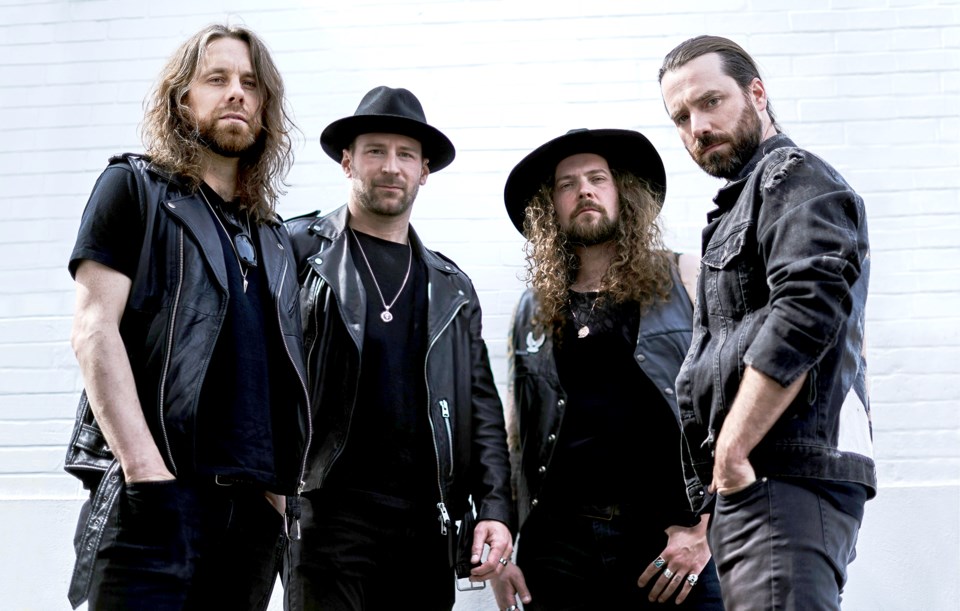 With numerous Top 10 Canadian Rock radio hits, a 2013 Juno Award for Breakthrough Artist of the Year, a 2014 Juno nomination for Rock Album of the Year and countless tours under their belt, the Canadian rockers will have Thorold’s downtown rocking.

Earning a reputation for passionate performance style and killer riffs, Monster Truck has been championed by the likes of Slash, Alice in Chain’s Mike Inez and Twisted Sister frontman Dee Snider.

The band has toured extensively in Canada, the U.S, Europe and the UK, alongside Alice in Chains, Slash, Rob Zombie, Jane’s Addiction, Nickelback, Deep Purple, ZZ Top, Rival Sons, and has performed at a number of popular festivals including Download Festival, Bonnaroo, Welcome to Rockville, Rock on the Range and Edgefest.

Their critically-acclaimed sophomore album, Sittin’ Heavy, debuted at #3 on the Top 200 Canadian SoundScan chart and featured Top 5 Canadian rock radio hits, including, Don’t Tell Me How to Live and For The People, as well as the hockey anthem, The Enforcer, which garnered attention from hockey commentator Don Cherry. The track was featured in the opening montage and second intermission of Hockey Night in Canada and went on to be used as the goal song for the Toronto Maple Leafs.

Their debut full-length, Furiosity, which recently received Gold certification in Canada, debuted at No.13 on the Top 200 SoundScan chart, hit #3 on the German Rock/Metal chart and earned the band two #1 singles at Canadian rock radio. The album also landed the band features in countless tastemaker publications, as well as a Bandit Rock Award nomination for International Breakthrough Artist in Sweden.

Their latest album, True Rockers, has been described as “The sound of a band letting loose and having fun.”

The sentiment that remains consistent throughout the new record is, “Join the gang and we’ll all have fun together; no one is going to be excluded.”

“We want people to listen to (this record) and have as much fun as possible,” affirmed lead vocalist and bassist Jon Harvey.

Good morning, Thorold!
Jun 6, 2020 6:00 AM
Comments
We welcome your feedback and encourage you to share your thoughts. We ask that you be respectful of others and their points of view, refrain from personal attacks and stay on topic. To learn about our commenting policies and how we moderate, please read our Community Guidelines.