Inside officials’ struggle to trace the contacts, movements of COVID-19 patients

Contact tracing is easier said than done, according to Ontario's Chief Medical Officer of Health
0
Apr 4, 2020 7:15 PM By: Global News 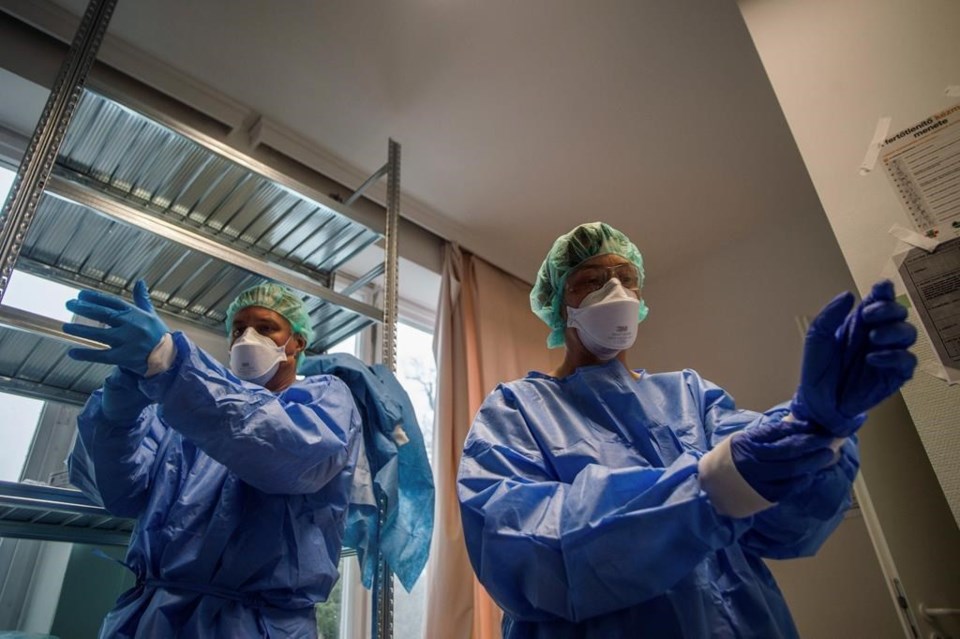 Ontario’s Chief Medical Officer of Health is adding his voice to the growing chorus calling on health officials in Canada to do more to trace the contacts of COVID-19 patients.

“Given the increasing number of cases, all public health units should implement more aggressive contact tracing and management as we work collectively to flatten the curve,” said David Williams in a memo to local health officials obtained by Global News.

‘Contact tracing’ involves detective work: retracing the steps of a COVID-19 patient and tracking down anyone who may have had contact with them.

But that’s easier said than done, especially in cases where patients were contagious for several days before being diagnose

Vancouver actor Emilo Merritt says he started feeling ill on March 13, but assumed it was his allergies.

“I started having a pain in the chest and then I tried to breathe and I couldn’t,” he said. “At the beginning I thought, it’s just my allergy reaction.”

It wasn’t until March 21, more than a week later, that he was eventually tested and diagnosed with COVID-19. “I never thought in a thousand years that I will get this,” Merritt says.

In the week before his diagnosis, Merritt says he mostly remained at a home — though he did visit his local grocery store and a gas station. He says an official with British Columbia’s Ministry of Health asked him for a list of all of his contacts.

“I gave all the places where I’d been since I got my first symptoms. We went day by day,” he says. “I told her I went to the gas station and then went to the shop. So probably she called everyone from the places I’ve been.”

Public health officials did indeed call Merritt’s housemates and tell to self-isolate. But an employee at the local gas station Merritt visited told Global News that they never received any call from public health and had no idea a COVID-19 patient had been there.

“We could probably do more when it comes to tracing the confirmed patients and making sure that all those who had contact are isolated and tested,” says Dr. Tina Park, Executive Director of the Canadian Centre for the Responsibility to Protect at the Munk School of Global Affairs in Toronto.

Park points to South Korea, which has received international acclaim for its success in ‘flattening the curve.’ The number of new cases has dropped dramatically since early March.

“South Korea did not impose a lockdown or a travel ban like many other countries that were affected by COVID-19,” Park says.

Instead, the South Koreans have conducted more tests per capita than any other country. When a COVID-19 case is confirmed, officials can retrace their steps using satellite, credit card and smartphone data. They then send alerts to anyone in the area who may have had contact.

“My mom in South Korea would receive a text message alerting her about areas to avoid and where ‘Patient X’ has gone through the day before or when he was diagnosed. And that way she would avoid those areas until full disinfection had taken place,” Park says.

While South Koreans have largely embraced their government’s aggressive steps to trace a COVID-19 patient’s movements and contacts, similar measures in other countries have sparked controversy.

Civil liberties groups in Israel, for example, have asked the country’s Supreme Court to suspend cellphone monitoring put in place under emergency regulations to curtail the contagion.

“The government cannot bypass the legislature and hide behind a general state of emergency to commit such extreme human rights violations. This crosses a red line no less troubling that the coronavirus epidemic itself,” said Adalah, an Israeli human rights group, in a statement.

To appease those privacy concerns, some tech companies and researchers are developing software that allows users to decide whether to opt-in to share their data. Mila, a research institute in Montreal, Quebec, is developing a smartphone app for Canadians.

“If someone does test positive for COVID-19, that information could be inserted into the system,” said Valérie Pisano, Mila’s CEO.

“You would be informed on your personal phone that, say over the past 14 days, you’ve been in contact with someone who has tested positive. Of course, that would be completely anonymous; you would not know who or when or how, but you would know that you are now at risk.”

Pisano says it would be up to each individual Canadian to decide whether to download the app and share their location data. She hopes to release the app in the coming weeks with support from the Quebec and federal governments.

“At this point, what’s at stake is saving lives,” says Park. “And people have to understand that by giving up individual freedom and some of your personal data in times of crisis, that could actually help save a lot of lives.”

— With files from Daina Goldfinger and Reuters