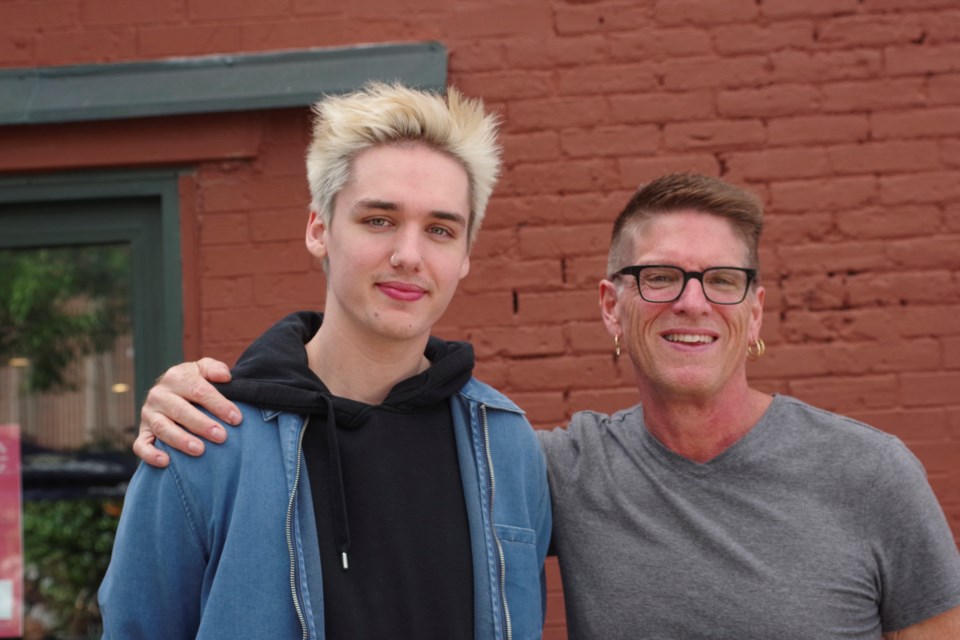 Cameron Philip (l) stepped up to give his dad, Ray, a boost in his efforts to beat a personal goal in pledges for today's Terry Fox Run. Bob Liddycoat / Thorold News

Two goals set for this year's Terry Fox Run have been met and exceeded, but Ray Philip thinks Thorold can do even better.

Mike Charron, organizer of Thorold's Terry Fox Run, wanted Thorold's pledges to surpass $400,000 this year. Charron is stepping down from the leader's post (see earlier story here) so he wanted to make this year memorable.

Going into today's event, Thorold had collected a 39-year total of $395,000 for cancer research during the annual Run.

Philip has been one of the top fundraisers in recent years. Last year, he raised $3,400 and he set a personal goal of $4,000 this year.

With the help of his son, Cameron Philip, a K-pop artist with more than 500,000 Youtube followers, Ray surpassed his goal and ensured that Thorold would indeed top the $400,000 mark this year, even before the contributions of other participants are tallied.

"I did a Youtube livestream with a goal of $2,000 and kept it going until we reached that," Cameron told the Thorold News.

The $2,000 boosted Philip's total pledges to $4,610 before entering the run this morning. The bulk of that came from donations made directly to Philip, who lost both his parents to cancer when they were young.

He's hoping Thorold will step up and make this one of the best years ever. To contribute to his run donate online here. Pledges can be made as long as the page stays active.

#Justice4BlackLives protest draw out hundreds in Niagara Falls
Jun 6, 2020 4:56 PM
Comments
We welcome your feedback and encourage you to share your thoughts. We ask that you be respectful of others and their points of view, refrain from personal attacks and stay on topic. To learn about our commenting policies and how we moderate, please read our Community Guidelines.