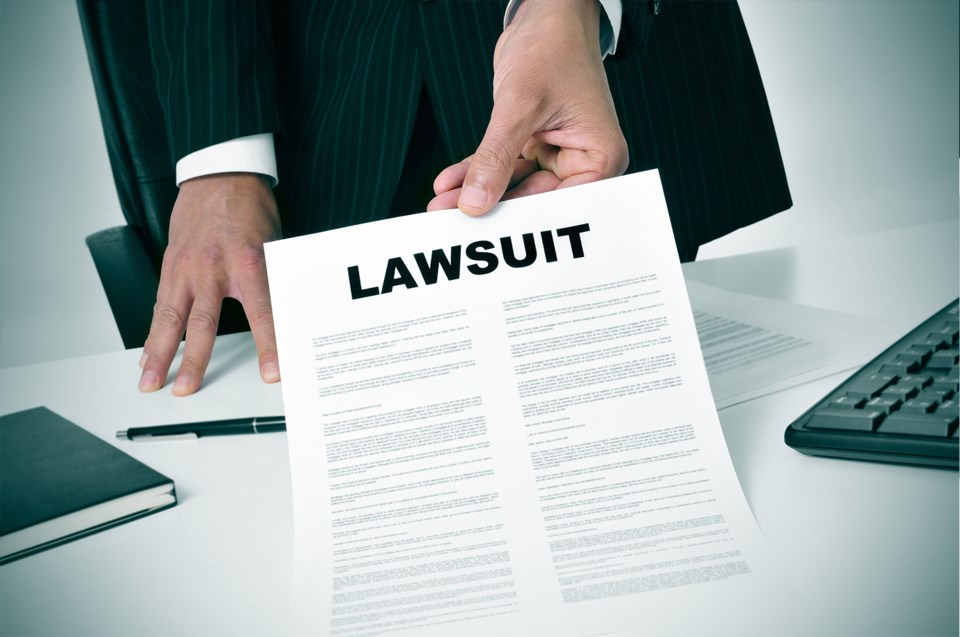 The District School Board of Niagara has filed a $4.2-million lawsuit against its former chief information officer, his wife and several of his associates — including another former school board employee.

The lawsuit, filed by the DSBN with the Ontario Superior Court of Justice in Waterloo Region, alleges former CIO Dino Miele’s role in what the board claims was a multi-year scheme that resulted in $2.24 million being lost or redirected from the board to businesses that financially benefitted Miele. His wife Peggy Miele and several associates, including Alex Hagopian, Dave Robitaille and David D’Angelo, are also listed as defendants in the ongoing civil suit.

The allegations have not been proven in court.

The September 2020 statement of claim alleges that Dino, in his capacity as chief information officer with the board, submitted fraudulent invoices for an unregistered business, Digital Computer Products (DCP), which appeared to be owned by a Hagopian, a fellow DSBN employee who has since resigned.

In an affidavit included in court documents, DSBN’s superintendent of business and treasurer Stacy Veld alleges Dino submitted DCP invoices to the school board in excess of $1.2 million for goods and services between August 2003 and November 2018.

According to an affidavit by Karen Grogan, senior vice-president at KPMG Forensic in Waterloo, a forensic audit conducted by KPMG showed transfers from the account of DCP, to the personal accounts and credit cards of Dino and Peggy totalling $224,000 between 2011 and 2018, along with 83 cheques written out to Peggy totalling $195,250 and 55 cheques/transfers to Dino totalling $109,950.

In her affidavit, Grogan said KPMG cannot confirm whether the references in the memo lines relate to work performed or not.

In a statement of defence filed to the court, the Mieles do not deny that Dino had access to the DCP account, took cash payments for himself, and transferred other monies to their personal accounts. However, they deny the amount was anywhere near what the board claims.

As a part of the statement of defence, Dino also denies that he either alone or together, operated DCP.

The suit also alleges that Dino created several businesses of his own, which he used to then redirect funds meant for the school board to businesses that financially benefitted himself, including Connect Education, Spark Niagara, Spark Technical Academy, as well as a company known as Digital Active Point (DAP), all of which have Dino listed as an owner, according to the board’s statement of claim. Robitaille, a former IBM employee, is a co-founder of Spark Niagara, a startup business incubator in downtown Niagara Falls, and David D’Angelo held a director role there.

Gary Enskat, a lawyer representing Robitaille, said his client is confident that he has done nothing wrong and said the facts support that position.

"We look forward to his name being cleared through this proceeding. As the matter is still before the court, we will not be making any further comment," he wrote in an email.

Grogan indicates in her affidavit that the KPMG estimates the board suffered losses of approximately $399,581 through these companies, largely through Connect Education, a company Dino operated as a part of the Connect Conference, an annual educational technology conference the board owned.

The DSBN alleges Dino diverted funds from the conference intended for the board to his own personal company, Connect Education, for a total of $328,033.

In their statement of defence, the Mieles deny diverting any monies that ought to have belonged to the DSBN.

In total, KPMG concluded the school board suffered losses exceeding $2.24 million as a result of the alleged schemes.

Dino, who had been employed by the board since 1984, resigned from his position with the DSBN in November 2019.

When asked for comment on the case, DSBN's chief communications officer Kim Sweeney would only say the is matter is currently being litigated before the courts.

Attempts to reach Hagopian for comment have gone unanswered.

As it stands, the case is currently in the discovery phase where evidence between the two sides is being shared, with no further public court dates scheduled as of publication.