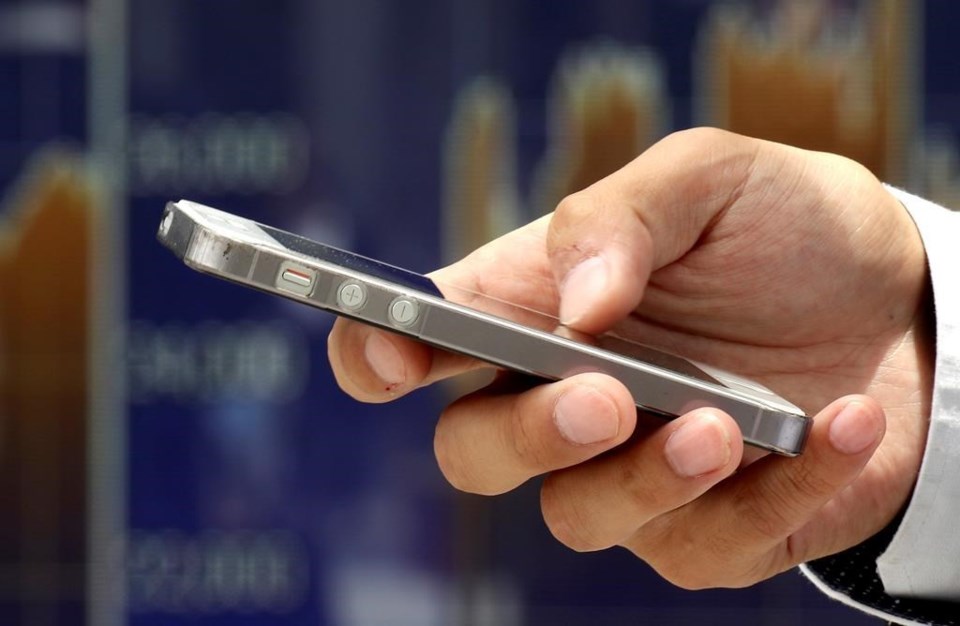 Within just a few years, 5G wireless networks will be in place across much of Canada.

But while the upgrade is expected to bring faster download speeds and more stable connections, there are thousands of pages of internet blogs, forums and chat rooms where opponents argue they will get something else: cancer.

For context, here’s a sample of some of the 314 things the International Agency for Research on Cancer (IARC) says might give you cancer.

Aloe vera. Bracken fern. Pickled vegetables. Progestins and progestogen, which are some of the hormones in birth control. Synthetic forms of coconut oil used in shampoos and conditioners and soaps.

“Radiofrequency electromagnetic fields” is on there, too — that’s the technical term for the class of radio waves transmitted by all kinds of devices that use the electromagnetic spectrum: everything from remote controls and baby monitors to cellphones and wireless internet networks.

They all work by using those invisible waves to send signals that tell your TV to change channels, your email to arrive in a friend’s inbox or your smartphone to load the latest cute cat video on YouTube while you’re waiting on the bus.

Over the years, though, they have also raised concerns among some people who worry that the radiation given off by all types of devices on the electromagnetic spectrum could cause cancer — and ahead of the rollout of the new 5G wireless networks, some groups suggest the threat isn’t being taken seriously.

Those have included Russian propaganda outlets, which some reports suggest are spreading misinformation with the goal of slowing down the rollout in western countries as Russia tries to catch up with its own rollout.

Here’s what you need to know:

When people hear the word “radiation,” the first thing many probably think of is Chernobyl or the Fukushima nuclear disaster. Failing that, they might picture those heavy protective vests dental hygienists drape over patients before leaving the room during X-rays.

But you are actually exposed to radiation every single day from a whole range of benign things, including being near power lines or listening to the radio.

Whether radiation is harmful comes down to the type of radiation in question.

There are two kinds along the electromagnetic spectrum: ionizing and non-ionizing.

Those terms basically refer to whether the radiation is capable of removing electrons from atoms, which produces a charge, or what’s known as ionization.

When this happens, the fundamental atomic structure of a thing is altered, and this is when you get effects like DNA and cellular damage that can lead to cancer.

Ionizing radiation comes from the higher-frequency end of the electromagnetic spectrum — things like X-rays and gamma rays.

That means radiation that isn’t powerful enough to alter those key atomic structures, although it can produce heat (the microwave is one example).

5G will use frequencies towards the higher end of that spectrum, or between 30 and 300 gigahertz, which the Canadian Wireless Technology Association notes is a range already being used for things like satellite internet.

The question, though, is whether sustained exposure to even those smaller doses of non-ionizing radiation over extended periods of time could cause damage in the long run that scientists just haven’t realized yet.

What does the science say?

Here’s where things get a bit complicated. In short, the data simply is not clear.

There is no conclusive set of evidence that points one way or the other towards 5G or any other kind of radio frequency causing cancer.

According to Innovation, Science and Economic Development Canada, which maintains a list of frequently asked questions about radiofrequency health impacts, while some studies have suggested biological effects, those are not necessarily the same as health effects.

It also notes that none of the effects suggested have been consistently replicated in credible studies.

“However, not all these biological effects have been established or are considered to be health effects. For example, blood brain barrier and melatonin effects have not been consistently replicated. Studies on DNA strand breaks have also failed numerous independent attempts at confirmation.”

The IARC also does not consider radiofrequency electromagnetic fields to be a substantial cancer-causing risk.

Its ranking system has four classifications that sort substances based around whether scientific evidence says they are carcinogenic.

The highest tier is known as Group 1 and includes substances known to be “carcinogenic to humans.” Asbestos, ionizing radiation and plutonium are examples of things in this category.

The lowest tier is Group 3 — “not classifiable as to its carcinogenicity to humans.” Drinking coffee or chlorinated drinking water, along with low-frequency electric fields, fall into this category.

That means there just isn’t enough proof either way to support claims that they either cause cancer or that there is zero risk.

And that uncertainty is what keeps the questions coming, says one expert.

Paul Demers is the director of Ontario Health’s Occupational Cancer Research Centre and a professor at the University of Toronto’s Dalla Lana School of Public Health. He was also part of the IARC panel that determined high-priority areas for re-evaluation over the next five years, which include radiofrequency.

Demers said that while there have been some studies suggesting some adverse health effects are possible, they still were not conclusive, and so the issue is one that remains a topic of interest for many researchers.

“They decided there was at least limited evidence in some of the studies of cancer in humans and some of the animal studies. There was enough to say there was possibly something there, and that kind of keeps it on the map for those of us who do research on different causes of cancer,” he said.

The lack of long-term data is a question mark for many who argue the threat of cancer is real.

The same is true for various studies on animals that have exposed them to high-dose, concentrated forms of radiofrequencies and argue the results show DNA changes and some forms of increased cancer risks.

Animal studies are only one part of the equation the IARC looks at when evaluating cancer risk, though: the others are human studies and cellular-level studies.

Demers said trying to decipher the mixed results of all those studies is challenging for several reasons.

“Studying cellphones are a bit complicated now, in part because everybody is using them, so who are we comparing to? That’s created a bit of a challenge, but it’s also led us to look at other kinds of studies,” he said, pointing to work that has looked at whether any rates of brain cancers or other cancers linked by limited studies to cellphones are actually increasing in the general population.

That’s something Demers said scientists would expect to see given the increasing use of devices on the radiofrequency spectrum and the fact that they have been in regular, increasing use for roughly two decades now.

“Those studies, for the most part, have been negative,” Demers explained. “They haven’t seen a change that would be compatible with the fact we’re all using cellphones, so it gives us some comfort that if there is some effect, it probably isn’t as broad as some of the studies might have thought.”

The B.C. Centre for Disease Control raised the same point in a 2016 report looking at the effects of radiofrequencies on humans. That report noted that if cellphone use caused cancer, “it could be expected that brain tumour incidence would increase over time with increasing cellphone use.” Instead, researchers said Canadian studies actually showed a slight decrease between 2001 and 2010 in such tumours.

The American Cancer Society has expressed similar concerns, calling the quality of most existing studies “crude” and saying there is no evidence that radiofrequencies can damage DNA or cause tumour growth.

So, effectively, more research is needed to say for sure what — if any — health effects there are from these technologies.

And those could be coming soon.

Because of the lack of clarity in the science so far, the IARC has been asked to review its classification of radiofrequency electromagnetic fields by 2024.

It’s not a done deal yet, and there’s no date scheduled for exactly when that will happen.

But the report urging it to be re-evaluated on a high-priority basis cited ongoing studies set to release results in the coming years.

Those “several large-scale studies” include a “case-control study of brain tumours in those aged 10-24 years” as well as a study of a new cohort of European adult cellphone users and updated results from the ongoing Million Women Study run out of the University of Oxford.

Even still, Demers said nothing he has seen so far has moved him to limit his own use of cellphones and other technology.

“I think it’s a good thing to do research on but I haven’t seen things that have changed my behaviour.”