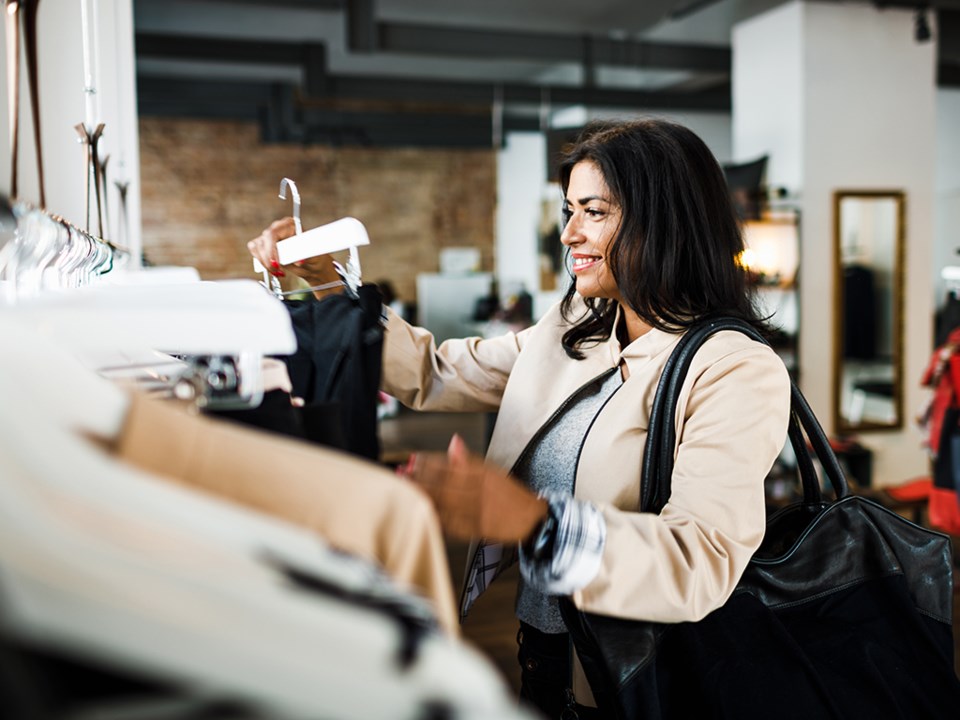 If you’re a savvy shopper, chances are you like scoring a serious deal.

But between Black Friday, Cyber Monday, Boxing Day and Travel Tuesday, it can be hard to know exactly when the best time is to make a purchase.

So when is it a good time to buy a new phone or book that vacation?

Here, experts share their shopping tips so consumers can get the best deal possible.

It may feel as if a new cell phone model comes out every week, but knowing the product cycle of a brand can help you save money.

Sylvain Sénécal, a marketing professor at HEC Montréal, said manufacturers often have sales around the time of a new product release. These vary based on brand, but he gives the example of Apple iPhones: when a new model comes to market, older models are often slightly discounted.

“Maybe some retailers also have [older] products left over, so they will discount those products,” he said.

New models of electronics often come out in October or early November, personal finance and travel expert Barry Choi said. If you can hold off on buying a device as soon as it’s released, you can often get a deal on Black Friday, which is in late November.

“I knew that Google always had a sale on Black Friday, so I didn’t buy their new Pixel phone on launch day,” Choi said. “I waited a month and a half and I was right: it was $250 off.”

Plus, most manufacturers often scale back on deals until big shopping days like Black Friday and Cyber Monday, Sénécal added. This means if a TV or speaker is going to go on sale, your best bet outside of old-model sales is on these days.

“We won’t see many big discounts from brands because they’re waiting for that moment; they know that people will shop seriously during these specific days,” he said.

“There’s no need to put out discounts just before.”

Sénécal said new appliances are often brought to the market in the fall.

This means manufacturers will often mark down existing models to make room for new ones during this time, resulting in discounts for consumers who are happy with an older make.

Choi said you can often still score deals from brands like LG in January and February.

“If you want a discount on older models you can get a deal because a lot of merchants are trying to push out their inventory,” he explained.

Gyms and workout studios will often offer new clients deals before the new year, but Choi suggests waiting until January or February before taking advantage of deals.

The reason? Many people pay for memberships in early January before discovering how often they will actually use the gym, which can be a bad financial decision.

Instead of signing up for a year-long membership on Jan. 1, try the gym or workout studio for a month to see if you like it, Choi said. Come February, you’ll know if the purchase is worth it.

“If you give it that month, six weeks, then you really get a good idea and know if you’re committed,” Choi said.

You don’t need to book a vacation a year in advance in order to get a discount. Choi says if you’re looking for a tour, booking a season ahead is often enough for a better rate.

For a summer tour, start searching in the spring. Likewise, any fall tours should be booked in the summer.

When it comes to airfares, Choi says airlines have sales throughout the year. By subscribing to airline newsletters, you can be notified as soon as a seat sale is happening.

“Airlines always have different deals, like Boxing Day, Blue Monday — but those are one-day events,” he said.

Travel companies like G Adventures, however, often have sales during specific times of the year, including in January.

“Companies such as Air Canada Vacations, Sunwing [packages], they both frequently have discounts at this time of the year where you can save anywhere from 20 to 50 per cent off depending on where you want to go and what type of property you’re looking for,” Choi said.

The more flexible you are with your travel dates and location, the better. Choi said if you have a specific date in mind, like March break, you’re less likely to score a deal.

“If you’ve got some flexibility, you’ll be able to save money in some way.”

Winter clothing can go on sale as early as Black Friday, but nearly every retailer clears out cold-weather gear starting on Boxing Day.

Choi said these deals often extend into February and March, meaning you can still get discounts well into the new year.

The problem with waiting until January, however, is that stock is typically low. This means your clothing size may sell out in December, so waiting to save a bit more money on a further markdown will be useless.

Choi said it’s best to buy winter clothing as soon as it’s reduced so you get what you need.

Late December and early January is also a great time to buy any winter sporting equipment, he said. This can include skis, snowboards and skates.

“A lot of merchants are again trying to clear them out as they’re trying to bring in bikes for the spring,” he said. “They want to get rid of the excess stock, and of course, that means big discounts.”

The same goes for other holidays, like Valentine’s Day or Easter, when retailers clear out candy, gifts and cards.

Choi previously told Global News that anything a store has overstocked for the holidays is a good option as well, which could include clothing, toys, video games or electronics from big box stores.

“Quite often, you see big sales on those items because they’re just trying to clear everything out that they didn’t sell for over the holidays.”

For online shopping, Choi suggests using a browser extension like Honey or Dealhack. These tools scan the internet for deals and promo codes and automatically apply relevant discounts to your purchase.

You can also sign up for retailers’ newsletters to get notifications when they are having sales, Choi said. Sometimes brands will even send out discount codes to subscribers or special offers.

Sénécal warns, however, not to get too spend-happy on days like Black Friday or Cyber Monday. While you can certainly score some great deals, many items won’t be marked down as significantly as the select, promoted products are.

“The idea is to attract consumers with a couple of these big deals, but obviously there’s a limited quantity of these items,” Sénécal said.

“People go and visit the store or the website to look for that specific product, but then if it’s not available anymore, they still see all these exciting deals. So maybe they’ll settle for the second-best option that’s 30 per cent off, not 60.”

This year, we’re hoping to take the focus away from making resolutions and put it towards resetting some of the most important parts of our lifestyle: everything from our finances to parenting and more. Each day this week, we will tackle a new topic with the help of the Global News’ ‘The Morning Show.’ Read them all here.

The Alzheimer's society is teaching caregivers to look after themselves
Feb 28, 2020 5:30 PM

Suspected donkey trafficker sought in Grimsby
Feb 28, 2020 1:56 PM
Comments
We welcome your feedback and encourage you to share your thoughts on this story. We ask that you be respectful of others and their points of view, refrain from personal attacks and stay on topic. To learn about our commenting policies and how we moderate, please read our Community Guidelines.