Lauren Ravon, director of policy and campaigns for Oxfam Canada, says overall the Trudeau government is making good progress in advancing its feminist agenda, which she says is cause for celebration
Mar 7, 2019 9:25 AM By: Canadian Press 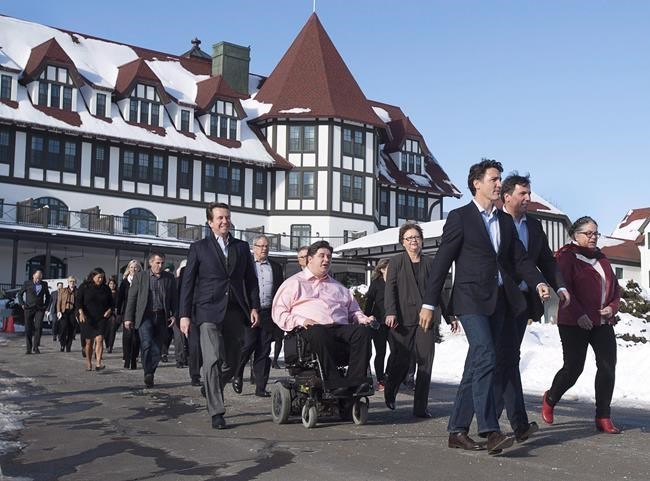 OTTAWA — The Trudeau government has enacted genuinely feminist policies but needs to back them up with more money if it wants to make a lasting difference, Oxfam Canada says.

The charity released its 2019 feminist scorecard before International Women's Day on Friday, assessing steps the government took between March 2018 and February 2019 to make meaningful progress toward gender equity.

Lauren Ravon, director of policy and campaigns for Oxfam Canada, says overall the Trudeau government is making good progress in advancing its feminist agenda, which she says is cause for celebration.

"Some of the major milestones that we hit in 2018 are really significant," she said. "We got pay-equity legislation, gender-budgeting legislation — these are things that will make a difference in people's lives."

Ravon pointed also to the introduction of the first-ever Poverty Reduction Act, the creation of the Department of Women and Gender Equality and the doubling of funding for Canadian women's movements as other wins over the last year in advancing women's rights in Canada.

But while the Liberal government's feminist words have translated into new policies and initiatives, they have not had serious money put behind them, Ravon said.

"The one major problem that we're seeing is that these new initiatives don't have the bold investments that would be required to achieve long-lasting change. So yes, there's lots of initiative being taken, but there's not enough money to actually resource these initiatives and make sure they can impact the most people."

More federal investments are needed for child care and to reduce gender-based violence if government wants to make improvements that would have meaningful and lasting positive impacts for women in Canada, the Oxfam report says.

These findings echo some of those contained in another new report released Tuesday, this one from Canadian Centre for Policy Alternatives, which took a close look at how well Canadian cities have done in reducing the gender-gap index — a measure of gender disparities across a range of areas related to basic rights.

This report found that while progressive policies have been introduced at the federal level to improve gender equity, disparities continue to exist in major cities across the country.

Women continue to be under-represented in municipal governments, making up just one-third of municipal councillors and only five mayors. They also continue to be paid less than their male counterparts and are still not being promoted to upper management positions as often as men.

Levels of violence against women have also been rising, a finding Katherine Scott, a senior researcher with the think-tank, says is "very troubling."

"One of the critical issues, which remains important certainly for women's rates of employment, is child care," she added. "At this stage, Canada is one of the only OECD countries that does not have a national, sustained commitment to childcare, to building a national system, and it's an extraordinary barrier to women. That's certainly one policy area that would translate to more employment and more economic benefit for the country as a whole."

Both Scott and Ravon called on the Trudeau government to invest more in initiatives aimed directly at helping women and addressing disparities, including more funding for women's organizations already working toward these goals.

"If (the Trudeau government) really wants to cement a legacy on a feminist approach to policy-making, a massive injection of funds is needed to turn their feminist promises and progress into lasting change," Ravon said.

"We have a few months, especially with a budget around the corner, we have an opportunity to make some investments that will actually help us cross the finish line and seal the deal on some of these issues."