Now in their 40th year of paying tribute to the Rolling Stones, the Blushing Brides make their Niagara Falls debut at the Seneca Queen Theatre on April 6
0
Feb 26, 2019 10:45 AM By: Cathy Pelletier 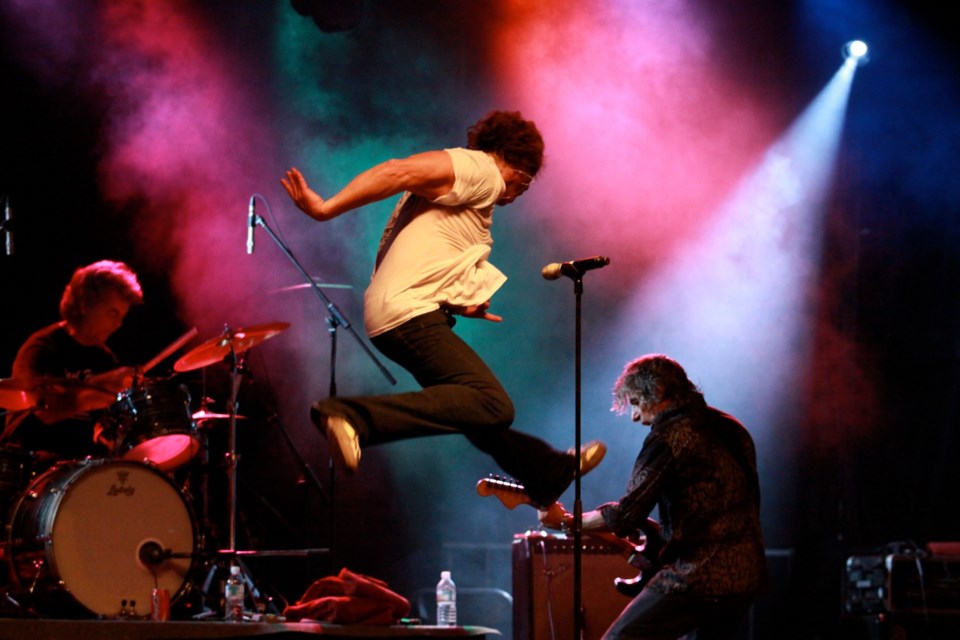 If you’re planning on seeing a Rolling Stones tribute show, the Seneca Queen Theatre is the place to do it.

Both band and venue are steeped in nostalgia.

The Blushing Brides, who have been performing their Rolling Stones tribute show since 1979, are now on their 40th anniversary tour.

And from the moment you enter the Seneca Queen Theatre—built in 1941— you’re greeted by the intoxicating aroma of popping popcorn, and a sensation of taking a step back in time.

The newly-renovated, fully-licensed theatre boasts a spacious lobby for friends to gather, along with “308 comfortable seats, each with plenty of leg room,” which can come into play for a fan base that follows groups like the Stones.

According to Richard Colgan—the Keith Richards of the group—“The Blushing Brides’ fan base is really the same thing as the fans of The Rolling Stones. It’s all about delivering the music of the Rolling Stones in the best way we can for audiences that love the Stones just like we do. In terms of demographics, mostly 50 years and up, and very often well over 50, considering that the Stones are now 75 and that lifetime fans of theirs would be up in their age range. That said, with a 57-year history, we have largely become an all-ages show with something for everyone. Fans really want to hear the Stones’ greatest hits so we play all of them, but a few (personal) favourites are Midnight Rambler and Gimme Shelter.”

And while Colgan feels that many fans don't get a chance to see their favourite classic rock bands because they are no longer with us, don’t appear near their fans, or the tickets are too expensive, the Seneca offers an affordable alternative, he said.

Appearing onstage April 6, the Blushing Brides follow a March lineup of tribute bands which includes Queen Flash, Deadgrass—celebrating the music of the Grateful Dead, and Sandman—“the only Metallica-sanctioned tribute,” according to the website.

Billed as “The world’s longest and most successful Rolling Stones tribute band,” the Blushing Brides have performed more than 4,000 Stones tribute shows in their 40-year history, predominantly in Ontario, Quebec, the Maritime provinces, and the Eastern U.S.

Currently, the Stones are on a major North American tour, added Colgan. “They won't be making a stop in Niagara Falls but The Brides will be and you can get your fix of the Rolling Stones' greatest hits on April 6. We are having a local high school choir from Westlane Secondary join us for a few songs on stage.”

The Brides began blushing way back in 1979 when lead singer, Maurice Raymond, originally from Montreal, along with guitarist James Green, also from Montreal, met some other musicians from Kingston. They decided to form a band and to make the format a tribute to their favorite band, The Rolling Stones.

Raymond as Mick Jagger and Green on guitar are the two remaining original members from the group’s 1979 inception.

Colgan, who had played the Keith Richards guitar slot in a Toronto-based Rolling Stones tribute band called Hot Rocks for more than 10 years, revisits his favourite role in the Blushing Brides, with bassist Matt Greenberg, appearing with The Brides for more than 20 years now, and Sascha Tukatsch on drums—a Brides alumnus since 1987.

“Everyone in the band loves the music of the Rolling Stones and has for decades since they were teenagers, and still do,” explained Colgan. “And to keep it fresh, every time we play a song, it is a little different than every time before as a live performance of the song produced in the moment on stage.”

Colgan appeared previously at the Seneca Queen Theatre with Hot Rocks in 2016 and said he’s looking forward to returning for the April 6 show as The Blushing Brides make their Niagara Falls debut.

Niagara-on-the-Lake man planning to take a trip thanks to lottery winnings
Feb 19, 2020 3:22 PM
Comments
We welcome your feedback and encourage you to share your thoughts on this story. We ask that you be respectful of others and their points of view, refrain from personal attacks and stay on topic. To learn about our commenting policies and how we moderate, please read our Community Guidelines.