BEYOND LOCAL: Why are sports taken more seriously than online video games?

Critics who say online gaming is 'just a game' completely miss the point, PhD student says
Apr 8, 2020 9:25 AM By: The Conversation 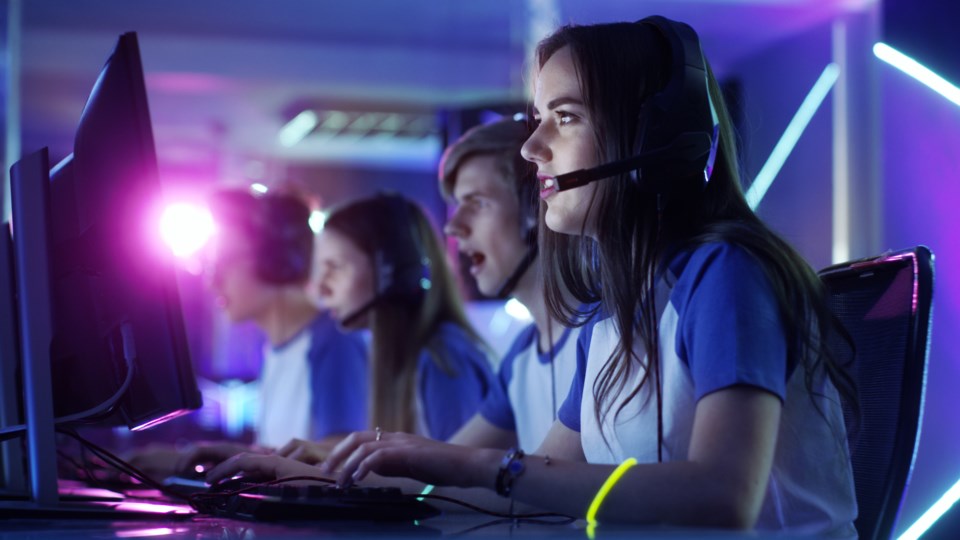 This article, written by Joe Todd, University of Waterloo, originally appeared on The Conversation and has been republished here with permission:

Now more than ever before, the stakes are getting higher in professional gaming. E-sports should be taken seriously as both an occupation and a form of leisure. Riot Games, the developers of desktop juggernaut League of Legends, is even taking the game into Monday Night Football territory with its own weekday broadcast of the game’s major tournament.

Sixteen years ago, National Hockey League goaltender Ilya Bryzgalov provided the sports world with one of its greatest sound bites while being interviewed by reporters: “It’s only a game. Why (do) you have to be mad?”

Since that day, the phrase has exploded in popularity. Game developer Blizzard Entertainment has even used it as a voice line for the character Zarya in the popular online game, Overwatch. While it’s become a famous meme for sports fans and gamers alike, the phrase “it’s just a game” has recently sparked controversy in the online gaming community.

Celebrity video game streamer Tyler Blevins — popularly known as Ninja — sparked debate on Twitter. He believes the phrase shows a weak mindset consistent with laziness, imperfection and being OK with losing. Ninja suggests that you would not tell athletes like LeBron James or Tom Brady that “it’s just a game."

Regardless of whether it’s a sport or a video game, he believes in the importance of competitiveness, respect and pride when it comes to taking a game seriously.

Blevins poses a good question: Why is it that sports are taken more seriously than online video games?

I am a part-time gamer but, more importantly, I’m a full-time doctoral student who studies online video games and their place in society. Sports and video games share some similarities. The revenue generated by the activity, along with the possibility for employment and scholarship opportunities, are found in both arenas.

It has been reported that video game revenue has surpassed the global box office and streaming services worldwide. In a 2019 shareholder letter, Netflix stated that Fortnite, the video game popularized by Ninja, is more of a competitor to its service than HBO.

Researchers at the University of Syracuse are estimating that e-sports viewership will surpass every professional sports league in the United States aside from the National Football League by 2021. The rising popularity of online gaming in terms of revenue and viewership should only begin to highlight the seriousness of this form of leisure.

The concept of “serious leisure” has been popularized by University of Calgary sociology professor Robert Stebbins. The concept has been used frequently in discussions surrounding sports or physical activity, but rarely discussed through video games. In Stebbins’ definition, serious leisure refers to the “systematic pursuit of an amateur, hobbyist or volunteer core activity that is highly substantial, interesting and fulfilling and where, in the typical case, participants find a career in acquiring and expressing a combination of its special skills, knowledge and experience.”

The benefits of serious leisure include self-enrichment, self-actualization and a sense of identity, community and accomplishment. When a person seriously commits to online gaming, they are hoping to acquire the skills, knowledge and experience to become a professional “gamer,” or in the case of Ninja, a professional “streamer” (one who livestreams themselves playing video games on platforms such as Twitch, Mixer or YouTube).

In Stebbins’ idea of amateurism, amateurs in sports and entertainment are those who no longer wish to be novices at an activity. They are motivated by seriousness and commitment, whether through consistent practices or organized schedules.

Amateurs exist within a system of relationships between professionals and the public known as the PAP, or professionals-amateurs-publics. Ninja would be a professional. Those that strive to be the next great video gamer would be known as amateurs. While those suggesting that “it’s just a game” would be considered the public.

Most professionals would start out as amateurs and climb the ranks to become professional. In online gaming, perhaps one starts to stream on Twitch where they build a following. Or one might win a big tournament, like 16-year-old Kyle (Bugha) Giersdorf, who won $3 million in a Fortnite tournament. While Ninja and Bugha both started as amateurs, through practice and dedication, they have now made millions of dollars gaming professionally.

Online gaming no longer a waste of time

Gaming is clearly serious business. Professional tournaments now have prize pools of over $34 million. Colleges and universities offer scholarships to e-sports players. There are 200 schools with an e-sports program, and $15 million in scholarship funding is available in North America.

Some school teams have earned more than $300,000 in tournament winnings. Gamers known as speed-runners have even raised more than $22.3 million over nine years to charities such as Doctors without Borders and the Prevent Cancer Foundation.

So if you ever think that your child, sibling, cousin or loved one is wasting their time on pointless video games, you may want to identify their level of interest. If they are dedicated and continue to progress, your loved one has a chance at making a career out of their serious leisure pursuit.

Of course, it’s possible to enjoy video games in a casual sense. I certainly do. However, Ninja has every right to get angry when someone says to him that “it’s just a game.” He should be considered the LeBron James or Tom Brady of e-sports. He should be considered an inspiration to amateur gamers and serious leisure enthusiasts everywhere.

BEYOND LOCAL: Financial check ups more important than ever during turbulent times
Jul 11, 2020 9:25 AM
Comments
We welcome your feedback and encourage you to share your thoughts. We ask that you be respectful of others and their points of view, refrain from personal attacks and stay on topic. To learn about our commenting policies and how we moderate, please read our Community Guidelines.