BEYOND LOCAL: Addicted to your phone? Here are some tips for disconnecting 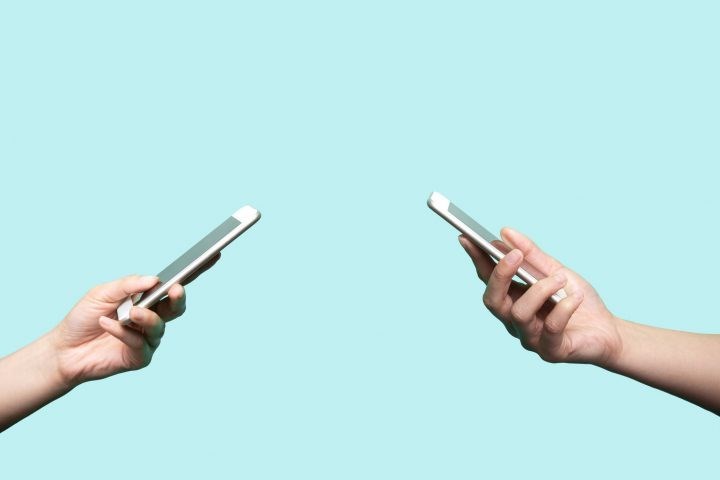 If you want to develop a healthier — slightly less reliant — relationship with your cellphone, we’ve curated some easy tips to lessen your device’s grip and help you use it for a purpose and in moderation.

In varying degrees, many of us have become more and more dependent on our phones. Some people are fine with that — they feel their use is productive. Others want to cut back on the amount of time they spend looking at their screen — they may feel it’s detracting from their life rather than adding to it. For some, it may even have been a New Year’s resolution.

So, we spoke to an expert to get some simple and helpful tips that will help you change your cellphone habits.

Take stock of your cellphone use

You may not check your phone that often. Or you could be addicted.

“Some people might be,” said Rodney Schmaltz, an associate professor of Psychology at MacEwan University. He specializes in productivity, self-management and social psychology.

“There is research showing that there are people who check their phones up to 300 times a day.

“They’ll even wake up in the middle of the night and check their phone. You could argue that that might be an addiction. For most people, I think it’s more of a habit.”

Most phones have a feature that allows people to track their screen time.

“When they self-monitor, they’re usually surprised,” Schmaltz said. “Even just tracking how many times you pick up your phone. If you do that, you’ll start to realize that it might be a lot more than you think.”

He suggests that every time to go to pick up your phone, ask yourself: “What am I going to do with this? Why am I doing this?”

“So much of what we do on phones is mindless; it’s just habit. We’re in the line at the grocery store; we just grab our phones instantly.”

Cellphone use in and of itself is not a bad thing, he stressed.

“The way we should think about cell phones is like a tool. If you’re using it to schedule things, you’re using it to enhance what you’re doing, that’s great. But if you have any moment when you’re not actively doing something and feel the need to pull out the phone, that might be a problem.”

Put your phone to bed

Just like your body needs time to slow down as it prepares for sleep, Schmaltz suggests putting your phone away, in a separate room, before bed.

“For the most part, when we work in the evening, it isn’t very productive, the quality of work isn’t there. We’d be better off to take that time to mentally refresh and recharge and tackle it the next day. One way to do that is to just put the phone away.”

Schmaltz knows some people use their devices for listening to music, podcasts or watching TV, and that’s OK, as long as it’s a break, he says.

“But if it’s something that’s a distractor, or you are looking at it thinking of work, then you’re not getting that mental break and that’s really important.”

If you can, don’t keep your phone next to your bed when you sleep.

Research has also found staring at a screen right before bed makes it harder to fall asleep.

Set windows of time in which you’ll check email

Pick two time periods during which you’ll check email on your phone, Schmaltz suggests. For instance, you’ll look between 8 a.m. and 9 a.m. and then again from 3 p.m. to 4 p.m. Don’t constantly check in.

“You’re never really able to get away from work… Email tends to be lower-level stuff and then that’s what’s going to be top of mind. So if we have a task that’s incomplete, that tends to dominate our attention.

“Whereas if you check your email when you decide you’re going to, then you’re done, you’ve finished that now, and you allow yourself to attend to other things.”

Set windows of time in which you’ll scan social media

The same practice applies to checking social media on your phone.

“Social media… tends to be relatively low-level stuff,” Schmaltz said. “It’s not always bad, but it’s not more meaningful. Typically, it tends not to be very complex, and then those are the things you’re kind of creating your world out of. So your world actually becomes less.

“You pay less attention to things, you’re always looking to be checking; you’re not really thinking about some of the bigger-picture issues.”

Focus on being present in the real world, in your real-life relationships, Schmaltz said.

“Let’s say you’re going to dinner… you have to put it away. If you’re talking to somebody, but you’re also on social media or you just have your phone out, that’s not how the phone should be used. There’s even research showing that just by having your phone out, you are seen as less likeable. It’s off-putting to people.”

He reiterates getting in the habit of using your phone as a tool; not just absentmindedly checking it.

If you find that difficult to do, Schmaltz suggests making a physical change — engineering your environment.

“If you find you just can’t stop checking, put the phone in a different room. When you get home, take it away.

“One of the reasons cell phones are so addicting is that they’re always with us and they’re accessible.

“Set up your environment as such that you’re only using it for things that are actually enhancing your life rather than distracting or taking away from it.”

If you’re making a resolution, make it specific

Most resolutions fail in part because they’re too vague, Schmaltz says. If you’re set on making a resolution, he suggests making specific, time-oriented goals.

“The mistake most people make is they just rely on will power. They say, ‘I’m going to use it less.’ That’s tough.

“Our phones are built on what’s called an intermittent reinforcement schedule. It’s almost like a slot machine.

“So with a phone, you’re getting those rewards quite a bit. And in fact, there’s things going on in the brain. You get a little dopamine hit, which the neurotransmitter associates with rewards… it makes us feel good and we keep checking again and again.”

To break the habit, Schmaltz believes incorporating other activities can help.

“A lot of the research shows that nature is beneficial, but you need to plan in advance… When you’re tired, you’ll default to what’s easiest. And your phone’s in your pocket or your bag.

“So, plan in advance. If you want to read more, when you sit down, put a book where the remote usually is, that kind of idea. Put your phone in a different room.”

Constant dinging or buzzing are distractions that can seriously impact your productivity, Schmaltz says.

“If you can, if at all possible, notifications should be off.

“There’s some research that shows it can take up to 25 minutes to get back on task after you’ve been distracted. There’s some debate about exactly how long that is… What researchers have found is that once you’re distracted, you might catch up, but then you have to work faster, it’s more stressful and the quality of work goes down.

“You might just feel like you’re getting a tweet or a text or whatever, but in fact, that’s broken your concentration and then you have to work to catch up. It just leads to a really stressful day,” he said.

Once in a while, a distraction isn’t detrimental, but if every day is like that?

“And, if you take it a step farther — if you think about the impact of stress on health — you might be damaging yourself a little bit because you’re always going to have that tension or stress.”

Your productivity also drops quite a bit, Schmaltz says.

“Sometimes, when we’re working, we’ll have those days when we just feel everything’s going great, we’re generating ideas and so on? We can’t get those days if we’re constantly interrupted. They just simply can’t happen. It’s not the way the brain works.”

Tell someone about your habit-change goal

Sharing your plan with someone else can help hold you accountable.

“It can be something really simple too. If you tell a friend, ‘OK, I’m only going to check my phone twice tonight,’ and they say the same thing, and if you lose, you have to buy the person a coffee.

“It’s just to have that social interaction and that works great with a lot of resolutions.”

Good morning, Thorold!
Mar 28, 2020 6:00 AM
Comments
We welcome your feedback and encourage you to share your thoughts on this story. We ask that you be respectful of others and their points of view, refrain from personal attacks and stay on topic. To learn about our commenting policies and how we moderate, please read our Community Guidelines.