Arkells to perform in St. Catharines this fall 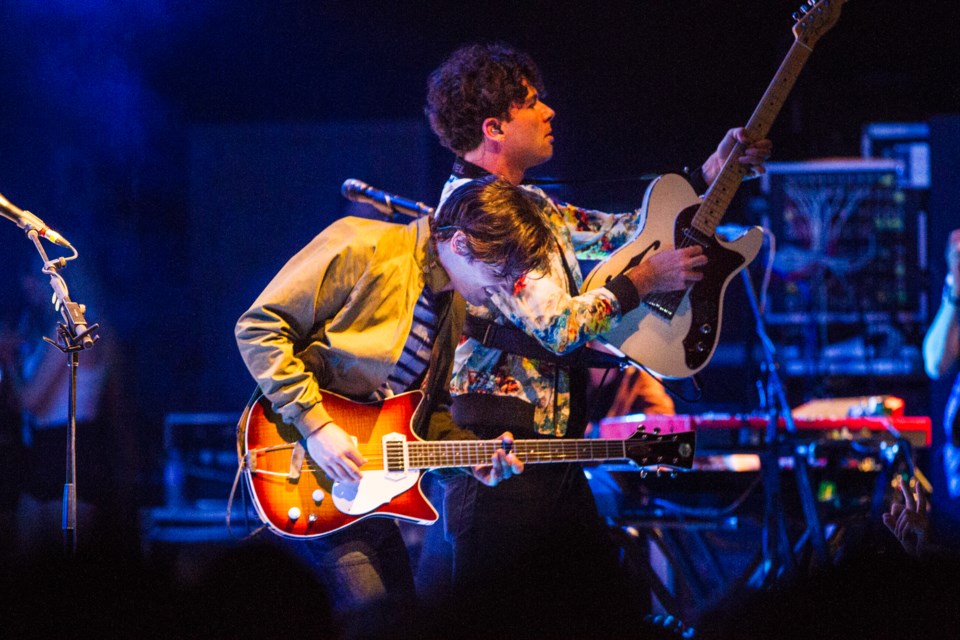 NEWS RELEASE
UMUSIC
**************************
TORONTO - As Arkells prepare for their 2019 sold-out summer party show, A Rally Cry Summer Night this Saturday at Toronto’s Budweiser Stage, the acclaimed rock-band have announced a new run of arena dates in support of their JUNO Award-winning album, Rally Cry. Fans can expect the set to feature all the hits, plus Arkells’ beloved Northern Soul Horns section along for the ride.

To follow what will be a summer of international and domestic festivals, Arkells frontman Max Kerman can’t wait to get their arena show back to new cities in Canada, this fall: “We’ve developed a real bond with these communities over the years, so it was important to us to come back. Sometimes when we get out of the biggest cities, we find the rowdiest crowds. Those shows, and that energy, can be the most memorable. Rally Cry Tour = best tour.”

In honour of Pride Month, Arkells have partnered with Plus1 so that $1 from every ticket sold will go to support Rainbow Railroad, an organization to help LGBTQI people around the world escape persecution and violence. $16,000 has already been raised via the band’s sold-out Rally Cry Summer Night show in Toronto this coming Saturday.

Arkells are widely considered one of the most passionate, exuberant and in-demand live bands working today. As radio mainstays, sport-sync shoe-ins and out of the box marketers, Arkells have remained ever present - building awareness and personal community experiences around their live shows and new music at every turn. The most emblematic example of this is The Rally, last summer’s hometown concert that sold 24,000 tickets and made it one of the biggest domestic shows in the country. To follow came North American and international headline touring that included their first sold-out concert at Scotiabank Arena.  Arkells’ touring over the last year has cumulatively raised over $100K for charity, via the band’s partnership with Plus1, and the band has sold over 100,000 tickets domestically. Hailed by The Globe and Mail as “the right kind of band for this decade,” Arkells continue to follow and adapt to the changing landscape of the industry – not a small feat for a rock band. This summer they continue to tour international festivals and look forward to their return to Budweiser Stage - which sold out in one day – this Saturday.