2019 will play host to a number of rare astronomical events 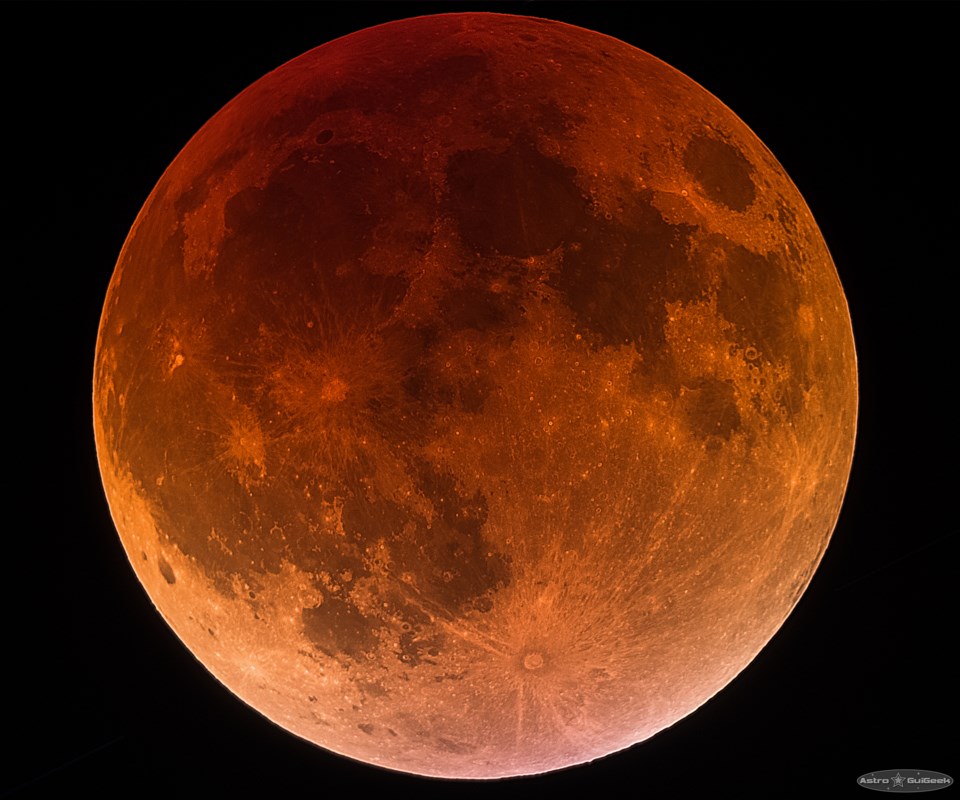 A total lunar eclipse will be visible on Jan. 21. (File)

Whatever else 2019 may bring, there's a host of rare astronomical events on tap in the coming 12 months, starting in January.

According to The Sky website, next month will kick off with the Quantrids meteor shower (Jan. 3-4), followed by a partial solar eclipse Jan. 6.

But the highlight of the month will be a total lunar eclipse on Jan. 21. According to NASA, it will be visible across most of North America. A lunar eclipse occurs when the moon passes behind the Earth and into the planet's shadow, causing the moon to get darker and take on a rusty reddish colour.

The next big event occurs in May, when a rare blue moon will be visible on May 18.

“This full moon was known by early Native American tribes as the Full Flower Moon, because this was the time of year when spring flowers appeared in abundance,” The Sky says on its website. “Since this is the third of four full moons in this season, it is known as a blue moon. This rare calendar event only happens once every few years, giving rise to the term, 'once in a blue moon.'”

Normally, there are only three full moons in each season of the year, but since full moons occur every 29.53 days, occasionally a season will contain four full moons.

“The extra full moon of the season is known as a blue moon,” the website says. “Blue moons occur on average once every 2.7 years.”

On July 2, there will be a total solar eclipse (when the moon passes directly in front of the sun), but it won't be visible in North America, only in parts of the southern Pacific Ocean and some parts of South America.

On Oct. 13, the full moon will be a blood moon, which occurs when the moon is located on the opposite side of the Earth as the sun.

But on Dec. 13-14, the king of meteor showers, the Geminids, has its peak, bringing as many as 120 meteors per hour that will be visible in North America.

“Unfortunately, the nearly full moon will block out many of the meteors this year, but the Geminids are so bright and numerous that it could still be a good show,” the website says. “Best viewing will be from a dark location after midnight. Meteors will radiate from the constellation Gemini, but can appear anywhere in the sky.”

Two face drug trafficking charges arising from St. Catharines investigation
May 28, 2020 9:13 PM
Comments
We welcome your feedback and encourage you to share your thoughts. We ask that you be respectful of others and their points of view, refrain from personal attacks and stay on topic. To learn about our commenting policies and how we moderate, please read our Community Guidelines.