Local couple have been volunteering locally for more than four decades
Feb 18, 2020 11:00 AM By: Cathy Pelletier 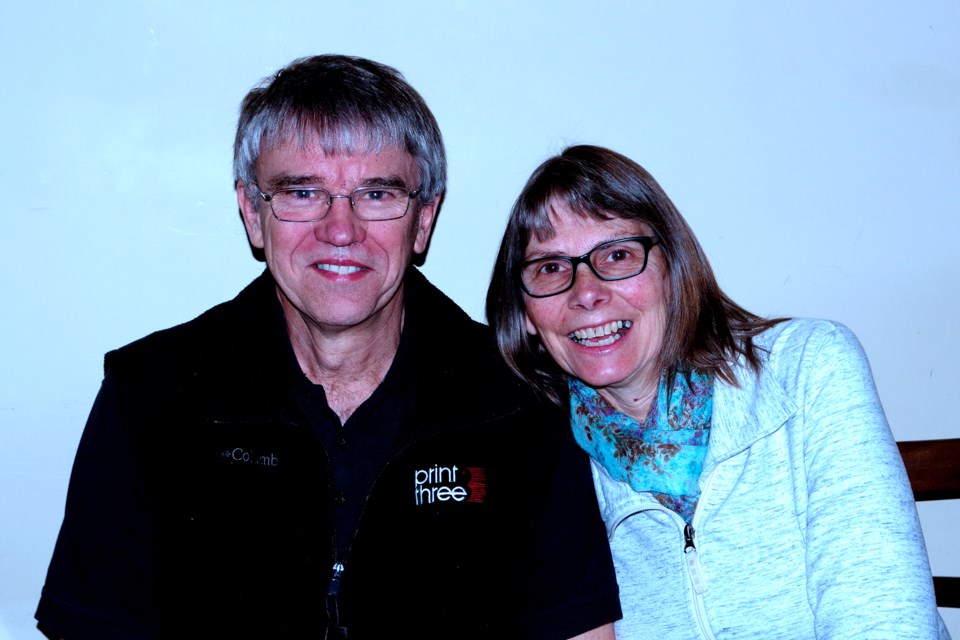 Few couples have made such a profound positive impact on Thorold as Bill and Hilda Vanderklippe.

Devoting countless hundreds of hours to improving the lives of the unemployed, the homeless, and local youth, the couple has been married 41 years, and has six grandchildren, and a special affinity for helping young people. Each of their four children are married; making their homes in Wingham, Bejing, Niagara Falls and Paris, ON.

Dozens of foreign university and college students have found friendship and a sense of belonging in the Vanderklippes' Thorold home.

This past December, they welcomed 25 international students from Brock University and Niagara College to their table for Christmas dinner, through FOCUS, Friends of Overseas College and University Students.

“We offer monthly dinners at the TCAG,” along with games, speakers, “and it's a place for them to meet friends and learn about Canadian culture. There are 600,000 international students in Canada,” he added. “A lot of them don't enter a Canadian home, so we try to fill that void with one-on-one” connections.

“Giving some of your time and energy to the city” not only “enriches your life,” added Hilda; “it gives you a focus beyond yourself and you meet some remarkable people. You get to the stage of life where the best thing you can do is invest in the lives of younger people.”

Originally from West Lincoln, “We moved here to help get the Village Church started,” she explained. “We were asked to be part of the lead team. We did it from a distance for the first year and we met at Richmond Street School,” but as of last month , the church moved to meeting at the Nick Basciano Centre, home of the TCAG.

“I came on staff and have been there nine years in March,” Hilda said. “My role is community connections and I took over the Random Acts of Kindness” program for the church, whose motto is 'To serve.'

“In the initial stages of Village Church, we conducted a survey to find out what the community needs,” said Bill.

“We looked for ways, both individually and as a church, to encourage others to serve and connect with the community,” said Hilda. “With our gifting and our passion, working for the good of Thorold is our motive. We believe that God wants us to care for the community in which we live. I think there are lots of positives in this city. Since we've moved here, we've seen so many changes.”

Many of those changes are a direct result of the Vanderklippes' volunteer efforts.

The Village Church organized a door-to-door food drive last year, collecting 4,000 pounds of food for Thorold Community Care, and plans to host another this summer, once again coordinating with other churches.

OneThorold grew out of the OneChurch movement; both share the goal of working as a team to improve the community. The dedicated volunteers also held a successful job fair last year at Prince of Wales School, in which 15 people left with jobs; a second job fair is planned for this spring.

Bill is part of a committee that's working diligently to address the lack of affordable housing,” said Hilda. “OneThorold is one of the motivators. Change doesn't happen overnight.”

Bill, who's also a member of the Friends for Beaverdams Church, said, “OneThorold coordinates community leaders with groups in need. It's the nice thing we're sensing about Thorold.”

For years, he added, Village Church has partnered with Youth for Christ, a local organization that helps at-risk youth, “and we help with pre-natal classes for teen moms.”

They were also active in launching 'Messy Church,' Bill explained, “where we invite families from Merritton to come experience church in a relaxed environment. The youth centre has a Friday night drop-in for youth and we try to provide a friendly face to Thorold youth.”

In addition to games, explained Hilda, the centre provides “A safe, supportive place for youth to hang out.”

Bill owns and manages the PrintThree printing shop on Towpath Street, but somehow found time to add the Thorold Lions Club to his busy schedule, assuming the role of treasurer.

“The Lions had folded as a club,” he recalled. “A year after we moved here, we saw a notice in the paper that the Lions were trying to get started again. I signed up. We're a very small club but our club is one of the most active.”

Some Lions clubs have separate Lioness clubs for women, “but not in Thorold,” where men and women work together as a team.

“We do a couple fundraisers every year,” such as the annual pumpkin sale, “and we are very diligent to make sure the money ends up in Thorold.”

They hold events like the annual Santa Christmas breakfast “To build community, so we provide that as a gift to the community,” he said, when all are welcome for a free pancake breakfast, and each child goes home with a Christmas present.

The Lions lend assistance to the Santa Claus Parade, and “Every summer, when the Thorold Reed Band plays, we provide water and ice to audience members,” free of charge at their weekly concerts.

Bill and Hilda both enrolled in training for Big Brothers/Big Sisters, “so we do mentoring as a couple,” she explained. “There are children on the list that would love a big brother or sister, or a couple. It makes such a difference in a child's life to have a mentor.”

When Thorold Secondary School representatives spoke at a OneThorold meeting, Hilda continued, “They mentioned the need for mentors. If we could all invest in one life ...”

Anyone who's interested in opportunities to join the Vanderklippes and enhance the community can contact the couple by emailing hilda@myvillagechurch.ca