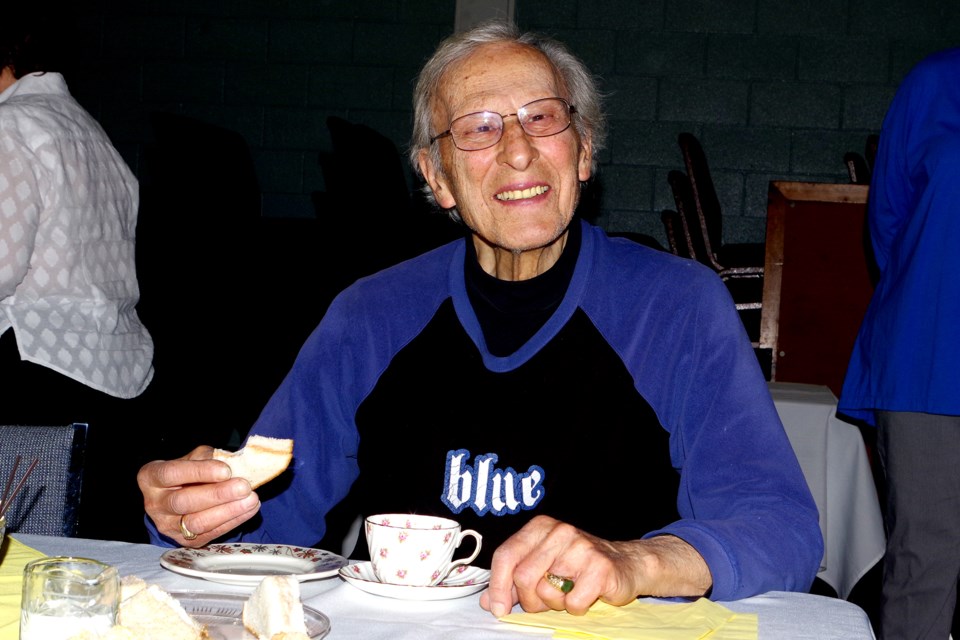 For all 81 years of his life, Rudy Walters has lived in the same Thorold home.

Most know his name; not as many know where he is going as he passes by on daily drives in his trademark Buick.

All those affiliated with the St. Vincent de Paul Food Bank at Holy Rosary Hall during the past decade know his friendly, smiling face.

A lifelong parishioner, Walters said his parents joined the church after landing in Thorold from Figlina Vegiatouro, Calabria, Italy, many years ago.

While Walters tries to make it to mass every morning, he only recently retired as chief volunteer food buyer for the parish's food bank.

“When the flyers came out, I'd line them up on the table,” and scour the area for the best deals, he stated.

“I had my own system,” of buying non-perishables, “because we don't have a refrigerator or a freezer; although if someone brought potatoes” or other perishable items, Walters would immediately deliver it to people's homes.

He's also well-known at the Salvation Army Food Truck, donating funds to the organization which hands out food to local hungry people in the Pine Plaza parking lot Thursday and Saturday nights.

However, helping at the church and the food bank are only part of his long-time volunteer efforts.

That grew into the Canal Bank Shuffle, and for the past 18 years, Walters has helped round up sponsors and put up posters for the festivals.

“I was the runaround guy,” he explained. “I was a fan of rhythm and blues back in the era of George Lorenz, the original 'Hound Dog' in Buffalo, and we used to go there. I was 15 or 16. At the Zanzibar, I met Little Richard. He was dancing on the table. I have his prayer book because he's a minister and used to hand them out.”

To Walters' many Thorold friends, he's known affectionately as “The Hound,” due to his association with the Buffalo music icon. He's also become famous for his usual preface to his abundant anecdotes, “Long story short...”

Before the TCAG was formed to run Thorold's recreational programs, Walters was president of the Thorold Tennis Club, which operated at A.T. Clancy School. Prior to that, he was a cub scout leader at Holy Rosary Church, and has fond memories of taking Thorold youth canoeing at Algonquin Park.

Coincidentally, before he began his long career as a sales person at Simpsons Sears, Walters was a draftsman, “and I worked for the consulting engineer who worked on the building,” now known as Holy Rosary Hall, he recalled; a fitting connection to the building which has served as food bank headquarters, as well as the main venue for the annual blues festival he also helped establish.