COVID-19: Employing youth during the coronavirus pandemic is a good investment, prof says

Keeping young Canadians working during the global pandemic is important for a host of reasons
May 15, 2020 9:25 AM By: The Conversation 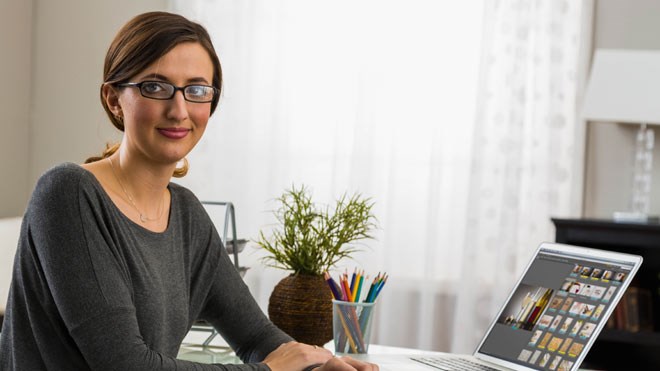 The recent announcement of an extension of the Canada Emergency Response Benefit (CERB) to part-time workers is good news for young people in Canada. This may prove to be even more important to young people’s well-being than the subsequent announcement by the federal government that students in higher education can receive as much as $1,750 this summer. Skills that cannot be learned in the classroom can be developed through continued participation in the paid labour market.

The Canadian Labour Force Survey, conducted in the third week in March, shows that about 30 per cent of workers under aged 30 were employed part-time in their primary job in March 2020, compared to only 13 per cent among those over 30.

For those at the beginning of their working lives, the long-term impact of earnings lost to COVID-19 could be particularly large. Gaining work experience during the pandemic will help Canada’s young people to obtain the skills they’ll need in a post-pandemic world.

Young people will still need the communication and organizational skills that part-time work has traditionally provided them. They will need to learn how to work in teams, to manage their time and to accept guidance. These skills need to be learned by continuous practice. The incentive to practise these skills is high when work is paid.

Young people tend to be concentrated in a few key sectors of the Canadian labour market. In March 2020, the retail sector employed 18 per cent of workers under age 30, and the accommodation and food services sector a further 15 per cent. Workers older than 30 made up only five per cent of those employed in the sector prior to COVID-19.

Students who are completing their winter semesters are now facing the sudden end of on-campus jobs and a much-reduced market for summer jobs. Many students lost campus or other part-time jobs with the closure of restaurants, hotels and all recreational facilities towards the end of March.

Part-time work may be the best way to protect young people from the long-term labour market consequences of COVID-19. Because young people have relatively little work experience, losing the opportunity to obtain on-the-job skills may have more permanent consequences for their earnings potential.

The on-the-job learning curve is steepest at the beginning of working lives. To mitigate the long-term consequences of COVID-19 for labour productivity, this age group needs to be given particular support to continue working during the pandemic in essential jobs.

There are also non-economic reasons why young people need strong support. Some social psychologists consider the years between 18 and 25 to be critical for the lifelong formation of societal views. Evidence from the United States suggests that regional recessions in the 1970s had long-term effects on opinions about the efficacy of government on respondents who experienced economic downturns in this age group. The additional psychological effects of social isolation and a pause in skills development may be particularly long-lasting for youth.

Recent history shows the need to protect the well-being of populations facing sudden joblessness and great uncertainty. The fall of the Soviet Union at the end of 1991 resulted in profoundly negative effects on the well-being and mortality of Soviet citizens. Social supports evaporated overnight. The huge declines in real incomes and increases in uncertainty caused by this event affected life expectancy in former Soviet Union countries for many years.

A comparison of usual-versus-actual hours worked in the March Labour Force Survey shows that COVID-19 was already having a pronounced effect on sectors employing youth even before non-essential businesses were told to close.

Among those working in accommodation and food services, hours of work in the week between March 15th to 21st were reduced from an average of 30 to less than 20. Those in retail reported usual work hours of 32 and actual of about 27.

Workers in other sectors also reported reductions in average hours worked in the March Labour Force Survey, but these were less dramatic than those for accommodation and food services.

For example, in public administration, the average actual hours worked were reduced from 32 to 27, and in manufacturing, actual hours were on average 29 versus normal hours of 35. Those in mining and extractive industries and in agriculture also reported significant differences between normal and actual hours.

That 10-hour difference between normal and actual hours worked in accommodation and food services will have been all the more keenly felt because these workers were relatively low paid. Average earnings were just above $16 an hour in this sector, and about $20 an hour in retail.

In durable goods manufacturing, hourly wages were about $29 an hour, similar to the average wages of those in health care and social assistance.

Now that the CERB allows people to work part-time without becoming ineligible, many young people will be incentivized to work in jobs for which demand has increased during the COVID-19 shutdown.

As well, some may work in the health sector, may take on cleaning jobs, provide logistical support for COVID-19 testing or learn while on the job to perform other essential functions.

Even if these jobs aren’t well-paid, the support of CERB will keep these young people investing in their future.

COVID-19: The business of sports resumes amid coronavirus, but at what cost?
Aug 14, 2020 9:25 AM
Comments
We welcome your feedback and encourage you to share your thoughts. We ask that you be respectful of others and their points of view, refrain from personal attacks and stay on topic. To learn about our commenting policies and how we moderate, please read our Community Guidelines.