Thorold's May Grenville was awarded a medal for serving at Verdun
0
Aug 12, 2019 8:00 AM By: ThoroldNews Staff 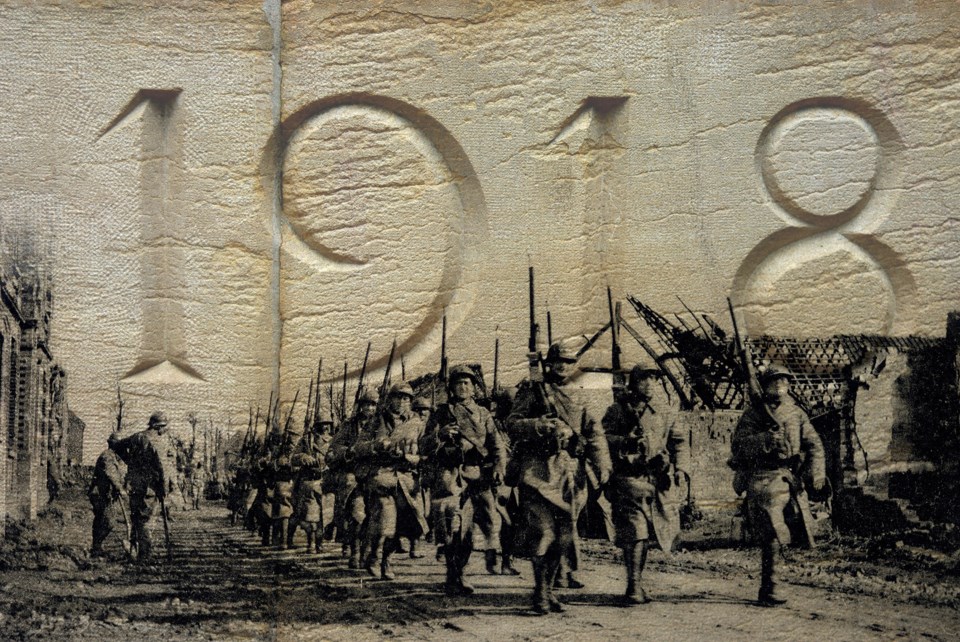 Thorold's official historian, Sarah King Head, has shared with the Thorold News a copy of the letter May Grenville wrote to her parents in 1918 from France, now in the Canadian War Museum. While May Grenville's family was well-known within the Thorold community (her father John served as mayor, and was a local business leader), and May herself later started a knitting company, her involvement as a nurse through the American Expeditionary Force (having enlisted in Philadelphia) earned her a medal for serving at Verdun.

Now that the war is over we can tell where we are and what we have been doing. At present we are up in the mountains about 50 miles from Chaumont. While I was with the Mobile unit we were under shell ﬁre all the time. They bombed all around us and over us. We were never allowed oﬀ the post without gas masks and helmets. The troops were stationed in the woods behind us and Fritz made life very interesting for us all; but we got used to it and did not mind it.

We were only a mile and a half from the front line German trenches, and four of us were the ﬁrst women to cross what had been "no man's land" for four years. We saw a mountain oﬀ the top of which they had blown sixty feet. We made the trip in a car and had a terrible time, as the roads were all torn up and full of shell holes. The Major invited us to dinner, but before we had ﬁnished Fritz started to shell the troops behind us, so the Major put us into the car and we rushed up nearer the front and made a wide detour to get away, which we did safely. It certainly was an experience but one I would not have missed for any money.

Yes, I was up for the St. Mihiel drive. We were awake just as soon as the barrage started at 1 a.m. They kept up a steady stream until ﬁve. Then the boys went over the top at 5:30 and we operated on our ﬁrst patient at 9:30 - not so bad, was it? Then we moved up near Nancy and Pont-a-Mussen. The troops were back of us and Fritz kept up a steady stream of ﬁre all the time, but the night the hospital was burned we had a bad time. He ﬂew all around and over us, but we got all our patients out safely, but could not get to our underground shelter, so we had to stand out on our cross in plain sight of Fritz. Every base has a large cross 60X15 feet. The cross is mud, but the corners are ﬁlled in with white stones so they can see it. We looked like Belgian refugees standing there with our belongings around us. After it was over we picked up our blankets and went into a shack and slept till morning.

I enjoyed both trips to the front. We were all over the ground the Germans had occupied, saw their dug-outs, barbed wire entanglements, their camouﬂaged guns, machine guns, tanks, etc. I am very glad it is over. There will be no more poor broken bodies brought to us. We had a trainload of patients yesterday who had all been prisoners, and oh, my, how they hate the Germans! We leave here in a few days for Chaumont, a drive of sixty-ﬁve miles, then on to Paris where we expect to eat our Thanksgiving dinner. The King is to be there, so we will have a gay time for a few days. Then we go to base 20 at Chatel-guyon. I don't think I will be home till early summer, as there is lots to do here yet.

Wishing you all a Merry Christmas and a happy new year. Love to all.