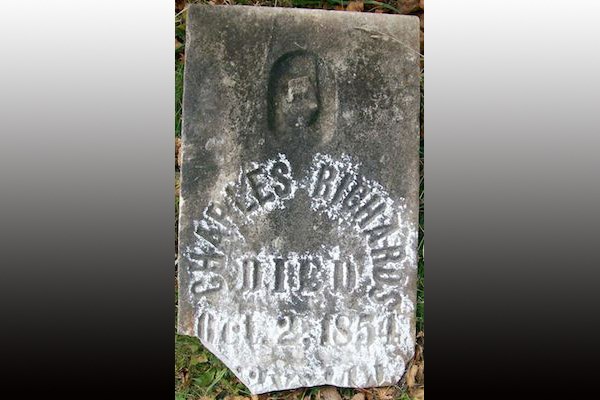 The first inn built in Port Robinson was the one known as Jordan’s Hotel, although the first proprietor was a widow named Johnston. There have been three other large and well-kept hotels in Port Robinson, besides a number of smaller ones, and about six small saloons. The extent of business done there may be gathered from the fact that the village once contained four general stores, five groceries, one ship chandlery, four blacksmith shops, three wagon shops, two paint shops, one jewelry store, one drug store, four tailor shops, four boot and shoe shops, one bakery and confectionery, three butcher shops, an ashery, one saddle and harness shop, an ink and sealing-wax factory, two grist mills, one sawmill, a shingle factory, one shipyard and two dry docks and a plaster mill. Most of these places employed large numbers of workmen. The shipyard and dry docks would sometimes give employment to between 250 and 300 men.

Canada, Past, Present and Future, gives the population of Port Robinson as 400 in 1849. However, at one time it contained fully inhabitants, while transients to the number of 200 or 300 often passed through the village in a day. In 1856, the county council passed an act making Port Robinson a police village, but it has never been incorporated as a municipality. When it did contain the requisite number of inhabitants, the people could not see any advantages that would accrue to them if the place became a village.

About 1854, the whole country was in terror from a highwayman named William Townsend, who was supposed to have his hiding place in the woods near Port Robinson. In the general excitement, every harmless vagrant who wandered through the township was declared to be Townsend. No one dared venture alone upon a country road, for the notorious desperado had only to state his name and demand money to make the terrified farmers yield up all their valuables. Bands of men scoured the county in search of him, but he was not to be found.

After murdering a man in Haldimand County, he fled to the U.S., but soon returned with a comrade, and made his appearance at Jordan’s Hotel. The village constable, Charles Richards, at once attempted to arrest him, but Townsend calmly drew his revolver and shot the man, so that he died of the wound four hours afterwards; and strange to say, the criminal himself escaped.

In 1858, he was captured in the U.S. and brought to Canada for trial but was acquitted, as the prisoner claimed to be a Scotchman named McHenry, and swore that he had never been to Canada before. The trial excited the greatest interest throughout the province, for the case was resolved into a question of identity. However, there was not sufficient evidence to prove that the prisoner really was Townsend, and so he was finally acquitted.

After the Fenian Raid in 1866, there were 200 British Regulars—the 7th Fusiliers—stationed at Port Robinson. This corps was kept under canvas until the cold weather, when it was removed to the regiment’s headquarters at Brantford.

For a number of years succeeding the Trent Affair (1863-1886), Port Robinson was the headquarters of the Welland Canal Field Battery, commanded by Lieut.-Col. R. S. King, M. D.; and upon his death, the headquarters were removed to Port Colborne, and subsequently to St. Catharines.

When the counties of Lincoln and Welland were separated, the first check was given to Port Robinson’s progress. The new county building had to be situated somewhere in Crowland township, and Port Robinson, which bordered on it; Cook’s Mills and Merrittsville were all mentioned as likely places. The first named was by far the largest of these villages, and therefore, it was first choice. The corner stone of the court house was laid on the Clark property, at Ramsden’s Pointe, just within the Crowland boundary; but the building was never erected. In the end, the Provisional County Council chose Merrittsville (Welland) as the county town, and the cornerstone of the Gaol and Court House was laid in that village in 1855. This change of notice was the making of Welland, but naturally, it drew trade away from Port Robinson.

One by one, its industries have ceased to exist. The shingle factory has been removed. The dry docks have been closed by the Department of Railways and Canals, and the shipyard was expropriated for canal enlargement. In 1888, a fire broke out, which destroyed Coulter’s Hall, a merchant tailor shop, two general stores, two groceries and a bakery, on all of which there was very little insurance. The village had no fire protection, and so in the same way, there have been destroyed at other times the sawmill, the plaster mill, two grist mills, Coleman’s hotel, a grocery shop, and a bakery in which three tons of flour were burnt.

The village at one time could boast of a fine brass band and of a public library. It was once the headquarters of the Liberal-Conservative Association for Welland County, and here, the nomination of the Conservative candidates to contest the riding always took place. In 1895, the office of canal tolls at Port Robinson was closed, and in 1897, the customs office was removed to Welland.