It was 166 years ago this week- after half of Front Street burned to the ground- that "The Thorold Protection Fire Company" was officially organized
0
Aug 27, 2019 8:15 AM By: ThoroldNews Staff 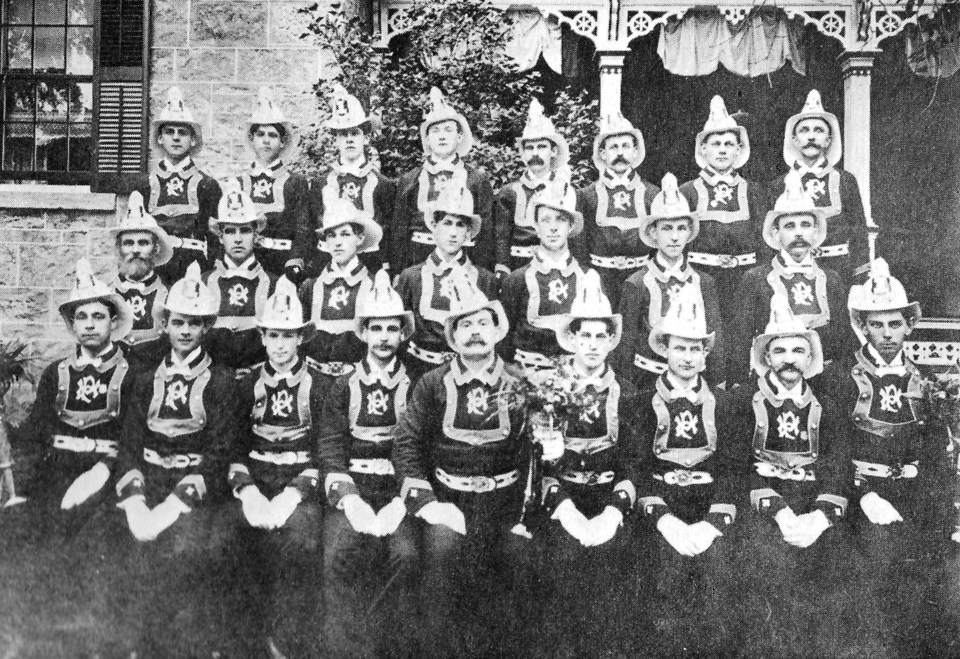 It was on the morning of March 18, 1847, that a frame store and dwelling on what is now the northeast corner of Front and Clairmont, was discovered to be on fire. An alarm was raised which brought the inhabitants of the community out in full force to fight the flames. Despite their strenuous exertions, all the buildings on the east side of Front Street, as far north as the corner now occupied by the Summit House, were burned to the ground.

As this disaster demonstrated the necessity for some system of fire protection, a Hook and Ladder Company was soon afterwards organized. This remained in existence for some years, but as it was not managed on sound business principles, it ran into difficulties—financially and otherwise—and the members eventually disbanded. Consequently, the question of proper provision for the protection of the village in case of fire was again frequently discussed, and on Aug. 29, 1853, a meeting was held at which The Thorold Protection Fire Company was organized.

No complete roll of the original members is in existence, but the minutes of the Company show that a considerable number of active members were enrolled on the same evening, and several of the leading citizens were elected as honorary members.

At subsequent meetings, a uniform was decided upon, and resolutions were passed requesting the council to erect a fire hall and appoint a committee to select a suitable site for the proposed building. The organization of the Company was ratified by the municipal council on April 4, 1854, and a fire hall was subsequently built on the vacant lot on the south side of Albert Street, midway between Towpath and Front Street, directly opposite the site of the old fire hall.

Progress, however, was not always smooth for the newly organized Company. On Oct. 4, 1854, the Company decided to inform the council that was absolutely impossible for them to attain its objective without the aid of funds. The funds required were to purchase articles necessary for the complete working of the engine, and to defray necessary expenses for its upkeep. The Company demanded that these funds be provided by the Corporation immediately by giving the village treasurer an order for the necessary amount. Had the council not complied with their demands, the Company was prepared to deliver the engine back to the Town fathers and present them with the keys. However, it was not necessary to take such drastic measures as the council provided the necessary funds in due time.

Want of funds was not the only difficulty under which the Company labored, as from time to time a large number of members were struck off the roll for non-attendance. The membership, however, did not decrease, for new members were being constantly added. To remind them of their duty, a resolution was passed at a meeting on Aug. 6, 1855, “That the captain or some other person appointed by him ring the triangle at 6:30 p.m. and that the secretary call the roll at 8 p.m., in neglect of which duty they shall be liable to a fine.”

At the same meeting, when the fine system was inaugurated, the Company resolved to enter into negotiations with the fire company of St. Catharines for mutual assistance in the event of a large fire.

History of the Thorold Public Library
Dec 29, 2019 1:00 PM
Comments
We welcome your feedback and encourage you to share your thoughts on this story. We ask that you be respectful of others and their points of view, refrain from personal attacks and stay on topic. To learn about our commenting policies and how we moderate, please read our Community Guidelines.