Looking at the big picture 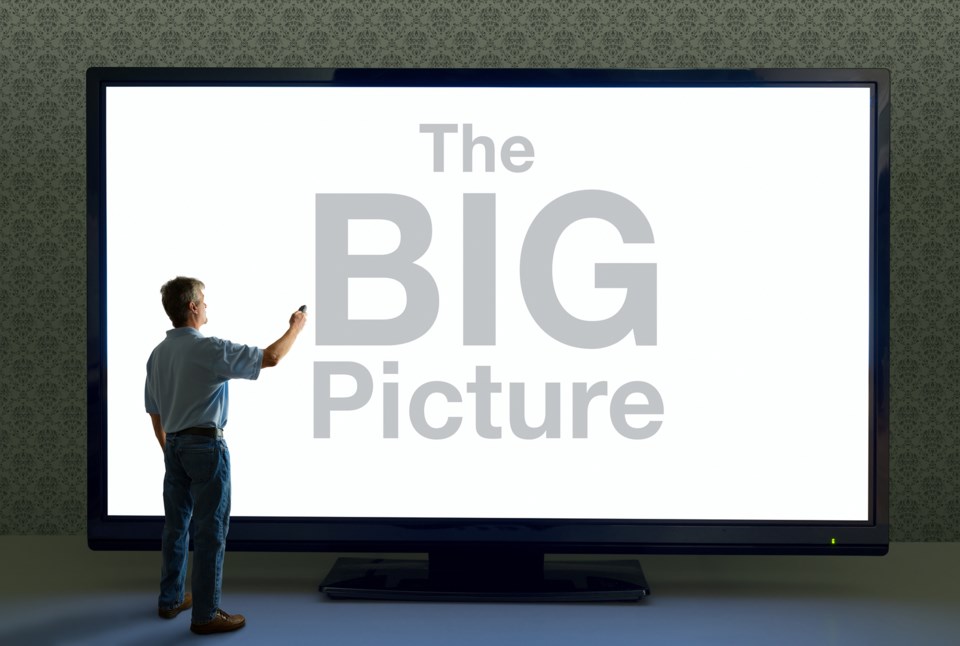 Just then, a lawyer stood up to test Jesus. ‘Teacher,’ he said, ‘what must I do to inherit eternal life?’

He said to him, ‘What is written in the law? What do you read there?’

And he said to him, ‘You have given the right answer; do this, and you will live.’

But wanting to justify himself, he asked Jesus, ‘And who is my neighbour?’

Jesus replied, ‘A man was going down from Jerusalem to Jericho, and fell into the hands of robbers, who stripped him, beat him, and went away, leaving him half dead. Now by chance a priest was going down that road; and when he saw him, he passed by on the other side. So likewise a Levite, when he came to the place and saw him, passed by on the other side. But a Samaritan while travelling came near him; and when he saw him, he was moved with pity. He went to him and bandaged his wounds, having poured oil and wine on them. Then he put him on his own animal, brought him to an inn, and took care of him. The next day he took out two denarii, gave them to the innkeeper, and said, “Take care of him; and when I come back, I will repay you whatever more you spend.”

Which of these three, do you think, was a neighbour to the man who fell into the hands of the robbers?’

My daughter was chatting with me about the story of Adam and Eve from the biblical book of Genesis. She was asking about what it meant. As I explained it to her, she kept turning back to minute elements of the story. “How many kids did Adam and Eve have?” “Were they still alive when Cain killed Abel?” “Were there other people alive then, too?”

My response was, “You’re getting too caught up in the details. The story was handed down to teach us something. Consider the lesson.”

When she was able to step back and see the big picture, she gained understanding and happily went on her way.

Life is like that. Sometimes we get so bogged down in details that we have trouble experiencing the realities around us in all of their depth and fullness. That’s the sort of thing the lawyer got stuck in when he talked with Jesus. He had become so focused on the “rules” of living a life of faith that he had forgotten about the purpose behind those rules.

Jesus brought the truth to mind with a story: “A man was going down from Jerusalem to Jericho, and fell into the hands of robbers…”  As the story unfolds, people who are good at following “rules” fail to show compassion to the person beaten and broken. That is, until a Samaritan comes along and, rather than merely adhering to rules, brings restoration and life to the man left for dead.

What are you bogged down with right now? What are you micro-focused on? What are you overwhelmed by? Step back. Consider the big picture. Ask the question, “What is God trying to teach me in this experience?” Know the gift of God’s compassion given to you, and be God’s hand of mercy and grace to your world.