Nothing to watch on Netflix? That classic you love could be free to borrow from Thorold library 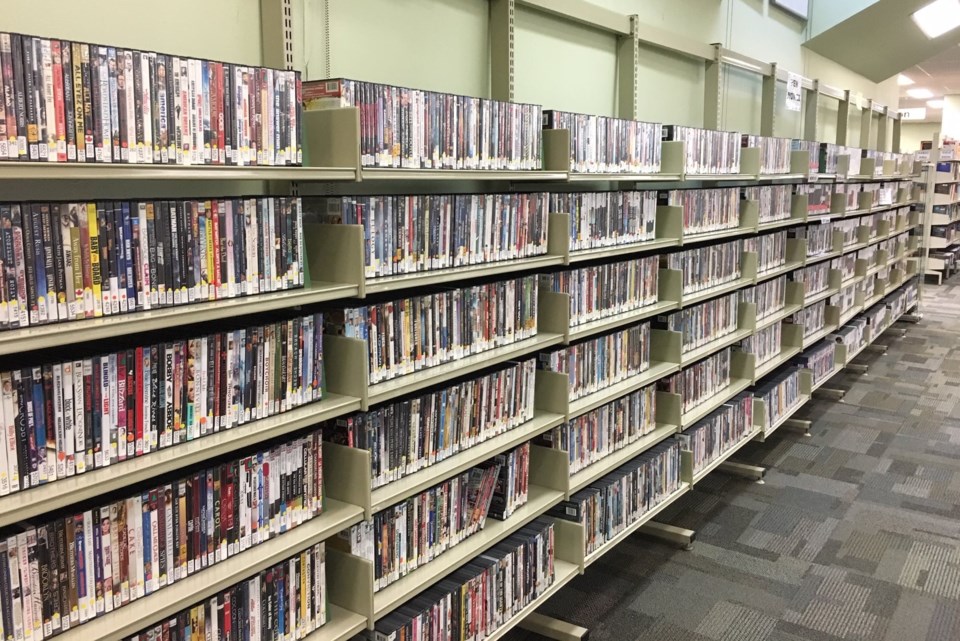 Since you can’t currently browse our films in person, it’s worth reminding that you have a whole DVD/Blu-ray wall to borrow via curbside pickup. If you can correctly guess the number of films housed on this wall, you win an all-expense-paid trip. To your living room. To watch said DVD. B.Y.O.S. – that means snacks, but sure, it could also mean sass. I guess just read the room first. While our patrons have been happily borrowing our back catalogue of films and series (sometime 10 at a time – better known as 2020/21 style), they are always most interested in what we ordered new. Fair enough. If the Saved by the Bell movie Hawaiian Style (yep, we have it and we’re proud to say so) isn’t current enough for you, check out some of the other features we’ve added in the last few months.

Series we have recently added, or added to include

House of Cards, Lucifer, Once Upon a Time, The Outsider, Scandal, and Westworld. You can now place holds on any of our new Blu-ray and DVD films or series. We announced this change back in May, shortly before our curbside pickup services began. Then we gave you details on how to schedule your curbside appointment (all of which you’re now well-versed in). It was all part of our broader covid communication strategy called The NeverEnding Announcement (see, that’s a play on a move title – it’s all comin’ together).