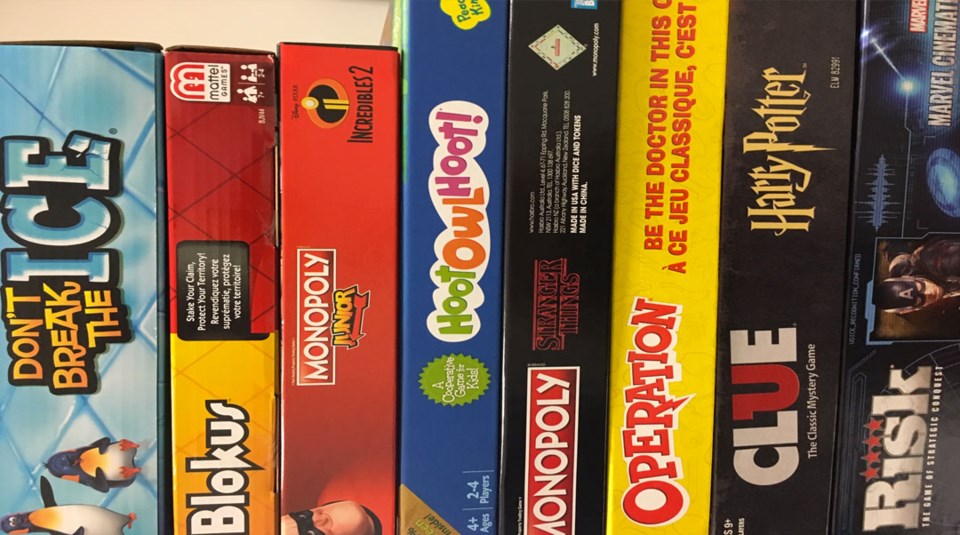 The other day, the boss announced that we were to consider three professional goals to accomplish in the coming year. We said we’d like to do a social media post that received as much attention as the time someone smoked weed in the library, but was actually about our programs. Our coworker said that her goal was to retire, and then said, “Oh, I can’t. I’ve already failed.”

The boss didn’t actually share any of hers, but the look in her eyes seemed to say, “Higher employee turnover,” and then several moments later, “But I would miss them too much.” To be fair, the reaction to this article probably won’t be anywhere near our goal, but on the other hand, it is considerably better than a post. So let's call this one objective accomplished.

As per usual, the beginning of this year will include a variety of new programs and returning faves. One of our most anticipated is separated into two parts: Family Fun Nights and Adult Afternoons. Both are essentially the same as a board game café, without the hot bevies. Unless you want to leave the meeting room, grab a coffee in the library and come back, then it's exactly like a board game café. Plus a little bit of walking. So also a gym. For this, we have purchased an abundance of games including twists on the classics such as Fortnite Monopoly, Harry Potter Clue, and Marvel Cinematic Universe Risk, and also some newer titles like Get a Grip and Soggy Dog.

We're excited to oversee the excitement, but will probably not participate. We are terrible losers and even worse winners. Not something the public needs to see. Board Game events run Monday afternoons and Tuesday evenings. Check our newsletter for further info.

Another exciting addition for the winter season is the introduction of two graphic novel clubs, one for children and another for teens. Up first is Hildafolk (a cute fable with a plucky young protagonist) and Blankets (a lovely coming-of-age set against the scenery of a Midwestern winter). This is in addition to our three traditional monthly book clubs gives us a wonderful excuse to get "tied up with word" (read) at home while avoiding pesky life intrusions, the likes of laundry or social gatherings.

To join any of our book clubs, simply contact the library a minimum of three weeks before the meeting date to register and reserve your copy.

Are you playing hard-to-get with a library program? Really? Don't be that person. Join us Wednesday evenings to play your favourites with old/new friends and participate in friendly competitions.

Other new programs include Mindfulness for Children, Wellness Crafts, the return of Young Writers, Makerspace Mashup Parties, additional Coffee, Cookies, and a Movie Screenings and DIY workshops for young people such as Bird Feeders and Sensory Snow Dough.

All programs listed here are either free or $5 and only a small preview of the 71(!) events we’ll be running during the months of January and February. We now know why adults like to “rest their eyes” a lot. Check out our website, newsletter, or contact us directly for further info.

Fall programs happening at Thorold Library
Nov 3, 2020 1:25 PM
Comments
We welcome your feedback and encourage you to share your thoughts. We ask that you be respectful of others and their points of view, refrain from personal attacks and stay on topic. To learn about our commenting policies and how we moderate, please read our Community Guidelines.