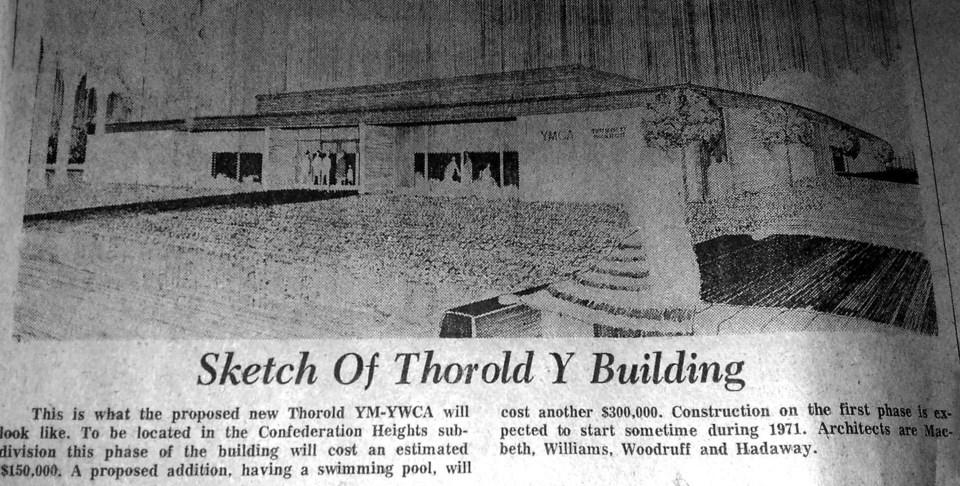 I came across this article (please see photo above) in a newspaper dated May 7, 1970, which pictures a proposed new Thorold YMCA building.

The location was to be in Confederation Heights, with the first phase of the building to cost $150,000 and a swimming pool to cost an additional $300,000.

The article stated that the first phase of construction was to begin in 1971. Here we are, 48 years later, with few facilities in our city. I would like to remind you that in the early 2000s, a new facility was proposed to be built in conjunction with the Nick Basciano Centre, and that was also rejected by Council.

Now, almost 20 years later, we’re being given a once-in-a-lifetime opportunity to have a modern facility, all for $7 million; a state-of-the-art, multi-purpose facility for all ages built on our doorstep.

This is an opportunity that we can’t afford to pass by us.

As a Thorold taxpayer, I would implore our Mayor and city councillors to proceed with this project, for the good of all citizens of Thorold.