LETTER: Thank you to those who helped in Port Robinson 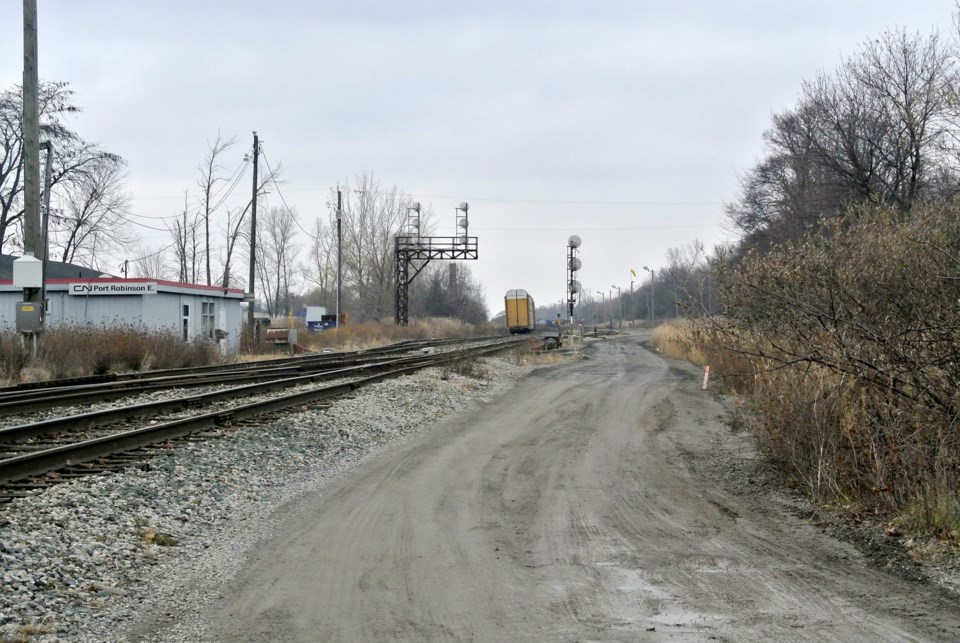 Four Locomotives that had been parked and idling for five days were moved after local intervention. Bob Liddycoat / Thorold News

ThoroldNews received the following letter to the editor from reader and Port Robinson resident June Wolfrath:

Due to the strike, locomotives were left to idle in the Port Robinson East Rail yard, morning and night as of Nov. 18 in the afternoon. Initial calls to CN were unsuccessful and I was told the trains would idle 24 hours per day non-stop for the strike's duration. I felt this was unacceptable and after 48 hours of non-stop loud noise and vibration, I started making calls.

I called CN to make a formal complaint. Then, The City of Thorold, where I was put through to Engineering and spoke to Sean Dunsmore who lent a sympathetic ear, made some good suggestions and said he would talk to the Mayor. The Mayor, Mr. Terry Ugulini, kindly called me back to listen to my problem.

And thanks to councillor Ken Sentance, who called CN on my behalf. I also contacted Mr. Vance Badawey, MP for Niagara Centre (Ontario) who returned my call and offered assistance. I would also like to thank Bob Liddycoat of The Thorold News for coming to my home to get an idea of just how loud the train noise was while idling, and for publishing the story in this paper.

All of the individuals above called CN on my behalf and without a doubt, you all made the crucial difference. I cannot fully convey how much I appreciated your help.

CN moved the trains on Nov 22, after over 90 hours off non-stop idling. Thank you to CN Rail for listening.

This is proof the media and local government work when you need help.