Despite miles of track along uninhabited industrial lands to the north, CN trains continue to sit idling amidst a residential section of Port Robinson
Dec 27, 2019 1:00 PM By: ThoroldNews Staff 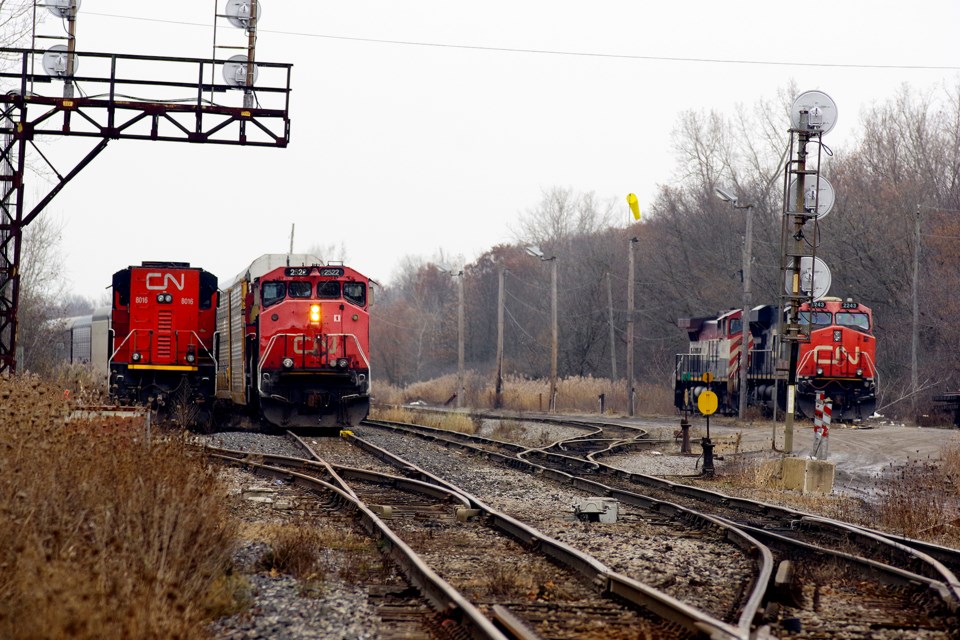 The radio was on for Christmas carols and  the next song to play was "There's No Place Like Home For The Holidays" by Perry Como. Ironic, since it should have been. However, it was anything but what the song promised because starting at 4:30 a.m. and continuing until about 9:00 p.m., three locomotives and their freight trains moved into the Port Robinson East CN Train Yard.

Locomotives settled in for the day to idle non-stop for approximately 17-1/2 hours. Trains had also idled and passed back forth for most of Christmas Eve. At 5:55 p.m. on Christmas day, there was a tremendous explosion, two rail cars banging into each other. Throughout Christmas day, instead of good cheer, it was excessive noise and vibration, loud banging of rail cars, screeching on the rails and nasty diesel fumes spread by the locomotives.

I will not host Christmas dinner in my home again to endure the endless idling of the locomotives.

LETTER: Merritton neighbours like the news
Dec 24, 2019 4:00 PM
Comments
We welcome your feedback and encourage you to share your thoughts. We ask that you be respectful of others and their points of view, refrain from personal attacks and stay on topic. To learn about our commenting policies and how we moderate, please read our Community Guidelines.