A reflection on the diverse businesses on Front and Ormond streets during the mid-20th century
Apr 15, 2019 6:30 PM By: ThoroldNews Staff 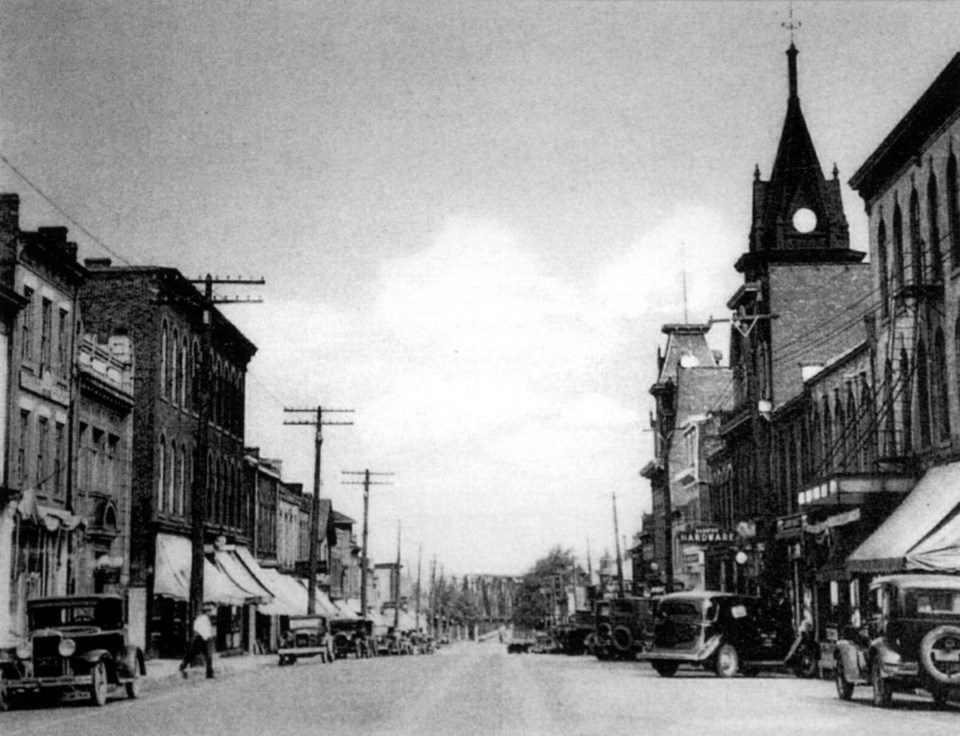 The recent ThoroldNews list of businesses in Thorold in the late 1800s prompts this reflection by Wilf Slater, Former Globe and Mail editor, of a time of a few years later:
*************************
During my tenure at Holy Rosary School in the 1930s, my family lived on Clairmont Street. Diverse businesses lined each side of the block between Ormond and Front streets, some of which I found to be fascinating.

On the north side, across from St. Andrew’s Presbyterian Church, a building was occupied by a barber shop, flour and feed company and a Chinese laundry. Families lived above these establishments.

The milling company was owned by Norman Swayze of Welland. Bags of grain, hauled by farmers, would be dumped into a hopper and refilled with flour. Assorted farm supplies, bulk grains and eggs were among products available at the front of the shop. Occasionally, a hen in a cage would be displayed in the window and there were times when an egg emerged to the delight of onlookers. The milling operation eventually relocated on Front Street near Regent.

Adjacent to the laundry was Constable Transport, where a taxi company maintained a small office. However, there was a mischievous element outside this location.

Passersby would be invited to sit in a chair and when they obliged, receive a mild jolt of electricity.

Whatever was next to Constable was replaced by the Bowlaway, which housed eight bowling lanes.

A house at the Front Street corner was home to Dr. John Herod and his practice.

On the south side, Dr. Neil Campbell lived at the corner of Ormond and maintained his practice there. He was the town’s medical officer for many years.

An electrical appliance repair shop, with residential facilities was next, then the International Grocers, perhaps the largest of the independent grocery shops in various neighbourhoods. There had been a small Dominion (Metro) store on Front Street.

Part of a livery stable, long past its prime, served as a taxi office. A hand-primed gasoline pump, with a glass cylinder on top, was located at the curb. Mingling with the cabbies would be the town bailiff, a man with a heavy European accent, several gold teeth and a leathery looking prosthetic forearm. The site is now occupied by the  Canadian Corps.

The Thorold Inn completed the block.