COLUMN: The case against stretching

ThoroldNews health columnist gives an idea on how to start dealing with stiffness and pain instead
Jan 31, 2020 11:22 AM By: Cheryl Gordon 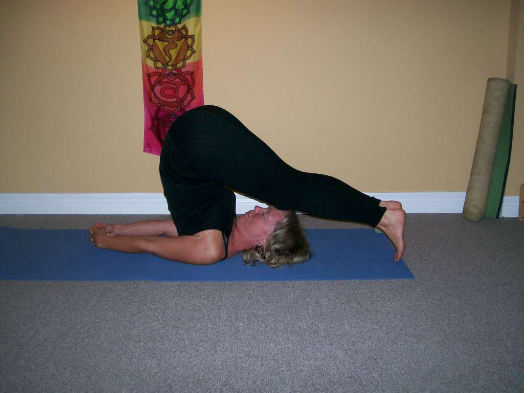 This is one of my favourite poses from the old days. Hips, back, shoulders and wrists all pulled into severe stretches right to the end of range of motion. I like this pose. It’s not hard for me and it makes me feel like I’m super good at yoga. But I don’t do it anymore.

It’s a common myth that stretching builds flexibility. This article will attempt to explain the difference between healthful movement in a joint and pushing movement to a potentially harmful point. When our bodies were new, the connective tissue (ie fascia, tendons, ligaments, pericardium, etc.) was almost liquid in its fluidity. It slid and glided around all the bones, muscles and organs of the body like Bambi on ice.

As we experienced the physical world, took lumps and bumps and formed movement patterns, the connective tissue began to stiffen, even harden, in order to facilitate more efficient dynamics. For example, our cervical spine didn’t form its shape until we were old enough as babies to hold our heads up alone. Our lumbar curve formed as we started crawling and walking.

Those spinal curves create an architectural support for our whole skeleton and serve us well. But some of the connective tissue adaptations are not helpful.

His connective tissue surmised that the angle at which he was holding his shoulder joint with the shorter girl was where he needed to be. The tissue began to stiffen up to reduce the load on the muscles. The taller girl challenged that assumption, so the joint began to give him pain. “Really, buddy? Are you sure you know what you’re doing? Our experience is such that the first position is the safest one because we know it better.”

Most of your chronic aches and pains have a similar history. Nothing was inherently “wrong” with Leslie’s shoulder joint but his body was nervous about changing patterns. Leslie was smart enough and was learning about connective tissue in his yoga practice, so he respected the tissue’s calls for tenderness. If he had pushed into the stretch pictured above to stretch out the tension in his shoulders, he could have damaged the connective tissue. This is a common cause of frozen shoulder or more increased pain.

While it is a common practice to use equipment (like straps or weights) or outside assistance (such as a physiotherapist) to push further into a stretch, the odds of creating injury, and more pain down the road, increase dramatically. This is because it’s not tight muscles that are causing your stiffness, but nervous connective tissue. How often have you had an adjustment at the chiropractor or a good deep yoga stretch, but then feel even tighter the next day?

What could Leslie do to adjust to the new girlfriend? Movement! Movement in new planes of motion and through novel patterning. But not pulling or pushing the joint. And lots of movement. The absolute best way to alleviate stiffness is to move more every day, in ordinary ways. Walk instead of drive. Choose to take the stairs. Bake bread or clean your house. All these normal duties are representative of the types of duties our bodies evolved to do.

It’s instinct to stop moving when we experience pain but searching for a range of motion that doesn’t make you gasp is really important. If you don’t keep the connective tissue sliding and gliding, it will stiffen more. The movement generates lubrication and educates the brain that this is safe to do.

This video is a great beginning place. The Joint Freeing Series greets each moving bit of your body in a particular order and in a gentle way. Try practicing morning and evening for a week. Let me know how your sore parts are feeling after that time.

Feldenkrais is a movement therapy that works with these principles brilliantly. New classes are forming now.

Mindfulness for Grief
Dec 31, 2019 8:00 AM
Comments
We welcome your feedback and encourage you to share your thoughts. We ask that you be respectful of others and their points of view, refrain from personal attacks and stay on topic. To learn about our commenting policies and how we moderate, please read our Community Guidelines.