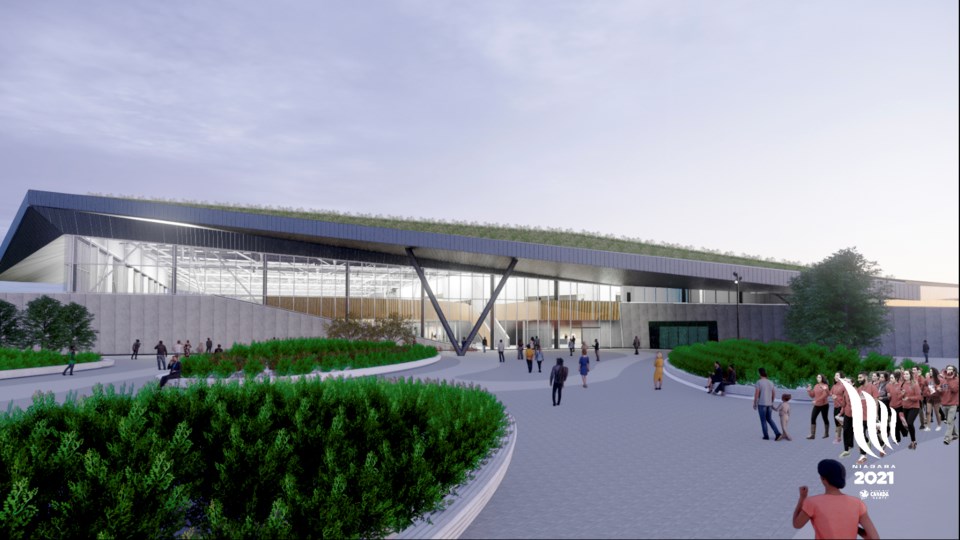 Thorold's participation in the Canada Games has created some division in the community.

An informal poll** in the Thorold News indicated more people are against being a partner in constructing the multi-use facility than in favour.

By the same token, the fact that the story has only been shared 25 times (at the time of writing) compared to the story of the Hwy. 20 closure at 516 shares, seems to suggest that more people are concerned with immediate, day-to-day living, than in long-term planning.

Still, the idea of resistance to the new endeavour is puzzling.

The buzz around town is that people fear an increase in taxes because of the construction, or they believe we don't need an arena to replace the soon-to-be-closed James Whyte Arena.

They seem like valid arguments but they indicate a severe short-sightedness.

Given that for every dollar Thorold contributes, other levels of governments and partners are providing $10, this opportunity will never present itself again. And it makes a good argument for including the new arena. The cost savings there are enormous. If it is needed, there is absolutely no doubt now is the time. We're not naive. Operating costs must be considered before the final decision is made.

The tax implications are much more complex.

The first two are the most popular among municipal governments because, to be quite frank, it's the lazy way of doing business. Councillors raise their hand and vote in favour of a tax increase or service cut. It takes no effort, imagination, or vested interest in the community.

Ah, but generating revenue; that takes effort, work and partnerships.

Enter the opportunity for the Canada Games facility.

It will bring a huge opportunity for sport tourism into this area, especially to Thorold and St. Catharines. By ignoring this opportunity, the City will slam the door on the biggest opportunity for revenue generation ever presented here - not just for 2021 but well beyond into the future.

It's not just the complex itself that will generate this revenue. It's traffic to existing businesses and new accommodations, tourism-oriented business, restaurants and facility-related services that will grow in the adjacent community - Thorold - as a result.

So not building the Canada Games complex would eliminate a method to supplement taxes in the future.

And don't forget every person sitting on Thorold council today cited the importance of job creation in their campaign platforms. This project will create 2,100 jobs in its construction, and more in the future.

Furthermore, policing costs take the biggest chunk of our tax dollar. Without community activities, more kids are in the streets and these costs will rise even more.

The project shouldn't be viewed as a cost. It should be viewed as an investment in economic development - with unprecedented support from partners, not to mention another plank in the platform of sitting councillors and mayor.

Several years ago, Thorold missed a similar boat. Funding was available to build a new recreation centre but council dragged their feet and lost matching funds.

Then there's the spectre of amalgamation.

Just over a week ago, Thorold residents breathed a sigh of relief when forced amalgamation was taken off the table. But that hinges on new efficiencies, cooperation and partnerships between the 12 Niagara municipalities.

What will the Province (which has invested heavily in the Canada Games) think if Thorold reneges on its first opportunity to demonstrate such cooperation?

Thorold is growing - sorry, there's no going back to the "good ol' days." If it doesn't provide lifestyle amenities, a focal point, a gathering place for our children and their families, it will become more and more a bedroom community for surrounding municipalities who demonstrate a more dynamic, creative and thoughtful approach to the future.

A municipality that refuses, or can't, provide such amenities for its citizens deserves to be amalgamated.

Council, sitting on their hands while every municipality surrounding Thorold chips away and drains off the disposable income of its residents through a more vibrant, intelligent, dynamic business approach, would be much like the approach taken by General Custer.

And how did that work out for him?

20 votes for waiting until figures are in

OPINION: Cure may be worse than the disease
Aug 28, 2019 12:45 PM
Comments
We welcome your feedback and encourage you to share your thoughts. We ask that you be respectful of others and their points of view, refrain from personal attacks and stay on topic. To learn about our commenting policies and how we moderate, please read our Community Guidelines.