WORLD: Canada might not compete at international figure skating championships - if they happen

The Swedish Figure Skating Association hopes to hold the March 22-28 event in a "bubble" in Stockholm, the organization said on its website
Nov 27, 2020 10:20 AM By: Canadian Press 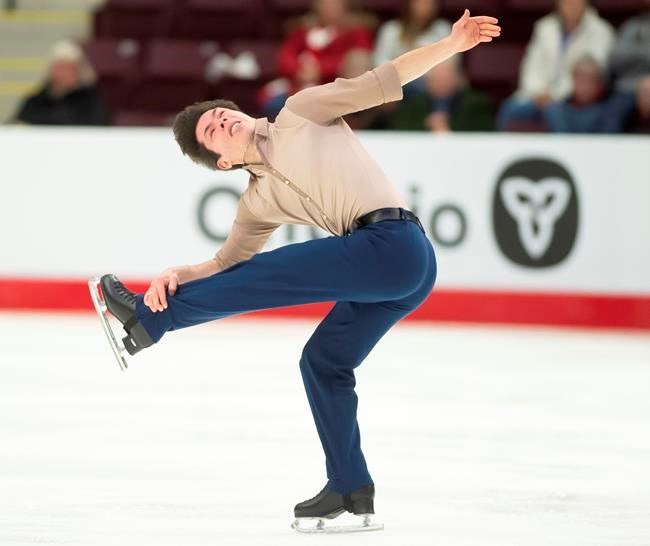 TORONTO — If the world figure skating championships do go ahead in a bubble in March in Sweden, there is a good chance Canada won't be there.

The Swedish Figure Skating Association hopes to hold the March 22-28 event in a "bubble" in Stockholm, the organization said on its website.

But COVID-19 has created a wildly uneven playing field this season, with protocols varying from country to country. Keegan Messing, a men's singles skater who lives in Alaska, is the only Canadian who's even competed since last February.

"That is one of our concerns, and we have talked about that with our athletes and coaches, given all the challenges we've had across Canada," said Mike Slipchuk, Skate Canada's high performance director.

Slipchuk pointed out that rinks are closed again in COVID-19 hotspots such as Toronto.

"So, it's been very hard for the athletes to be on a consistent training program," he said. "And then readiness, even if we do get to a real championship this year, we just don't feel that our athletes will be in a (state of) readiness that they would normally be in a normal season — which when you're trying to qualify for Olympic spots is important."

The world championships determine how many positions each country will have per event at the 2022 Olympics.

"The World Cup organization in Sweden is working intensively together with ISU to carry out a grand championship in a different way," the Swedish federation said (translated to English) on its website. "The stars are on site and through TV and digital solutions, those interested will be able to take part in the battle for the medals."

"How ready can athletes be if they have to miss two weeks of training? Is that realistic?" Slipchuk said.

The Canadian team — other than Messing, who won bronze at Skate America a month ago — has been sidelined since the world championships last March in Montreal were cancelled, one of the first global sporting events erased by the pandemic.

The first lockdown in Canada last spring kept many skaters off the ice for months. Pairs and dance teams were particularly hard-hit as safety protocols prevented them from touching — so no practising lifts, etc. — even when they were able to return to the rink. In some areas, touching was prohibited until August.

"So just trying to prepare has been hard . . . this never happens in a normal year, we would have been competing already," Slipchuk said.

The International Skating Union has canvassed national federations, asking if there was a junior world and world championship, would they attend. The world junior championships in China have since been cancelled, along with the Four Continents Championships in Australia.

Skate Canada Challenge, the qualifying event for the Canadian championships, will be held virtually. Athletes will perform their programs at their home rinks with a videographer, then submit them to Skate Canada. Judges won't see the programs until they're streamed altogether in a virtual show format in early January.

"It's going to be pretty unique, so when you watch, you would see Keegan do his short program from Alaska, the judges will judge it live, a score will come up, and then Nam (Nguyen) would come on, etc.," Slipchuk said.

A Skate Canada official will be at each session to ensure skaters follow competition rules, such as a six-minute warmup, etc.

Slipchuk is keeping fingers crossed that the Canadian championships, originally scheduled for January but pushed back to February 8-14, can be held live as planned in Vancouver.

"If that ends up being the end of the season, I think it would be a good way to finish for the athletes and coaches and officials and everyone involved with Skate Canada, that we actually got to the finish line on an event."

The ISU, meanwhile, is expected to rule on the world championships next month.

It's impossible to plan well in advance for anything, Slipchuk pointed out.

"A decision in December could change in January or February," he said.

"I just look at how fast things have changed this year, it's one of the things that probably until you're on the plane to get to the event, you're not going to know if it's going to happen. Or even in the rink.

"What we've done this year for us is really put the focus on trying to control what we can control."

This report by The Canadian Press was first published Nov. 26, 2020.