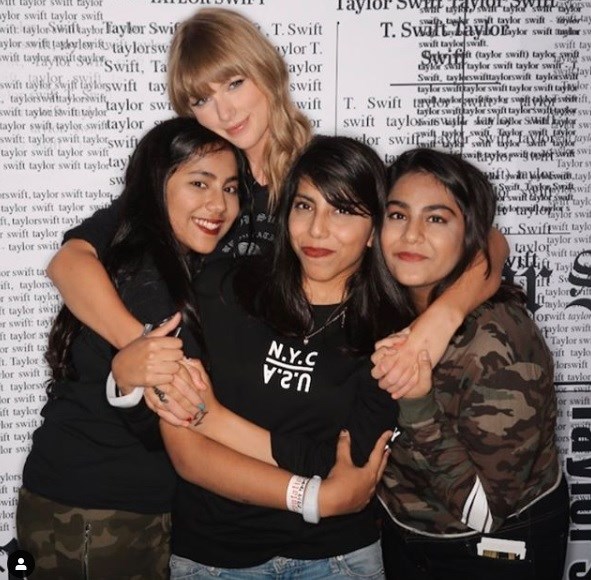 Taylor Swift meets with Ayesha Khurram (centre), a University of Waterloo student, at a concert in Toronto in August 2018. Photo: Ayesha Khurram/Instagram

KITCHENER - She's got quite the generous reputation.

Now a mega star in the music industry is using her cash flow to help a second-year student at the University of Waterloo.

Ayesha Khurram is enrolled in UW's for Accounting and Financial Management program, which comes with a $9,000 cost of tuition.

But, she ran into a problem when cuts to the Ontario Student Assistance Program resulted in students like her receiving less money.

"I got my OSAP two months ago. But as the date got closer, I started panicking about it because I didn't have enough to pay for my tuition," she told 570 NEWS.

"I just went on Tumblr and I vented about it.  And then one of my friends was like 'Oh, can you link your PayPal, we want to help you out.'"

A couple hours after putting up the PayPal, a notification came --- while Khurram was cooking a Swift cookie recipe no less --- with a deposit of $6,386.47 from "Taylor Nation, LLC," and a note that read "Ayesha, get your learn on girl.  I love you!  Taylor."

Talk about...ready for it?  Helping someone reach the endgame all students look to get to, graduation.

But, there is a bit of a back story between these two.

Khurram is quite the fan of T-Swift, dating back to her days living in her native Pakistan.  Swift noticed and liked Khurram's Tumblr posts back then.

Khurram says she had no hopes of meeting her, but things started changing when she moved to Canada in 2016.

"When I came here, she was on a social media break," she said, "And then she came out with "Reputation," and then tour dates came out."

One of those dates was at Rogers Centre in Toronto in August 2018.

"I saved up, and I got no sleep, I just wanted to be there," Khurram recalls, "I barely had enough for the nosebleeds, but I got (the tickets)."

"And it led to one of the best days of my life."

"She requested them to, and I met her," she said, "It was amazing.  She's just awesome."

Now, she isn't sure if they'll be meeting again, but Khurram does say if they did, she'd tell her she is "forever indebted to her."

She's also excited for Swift's new album "Lover" to be released on August 23.