ONTARIO: Should seniors with COVID-19 be removed from LTC homes? 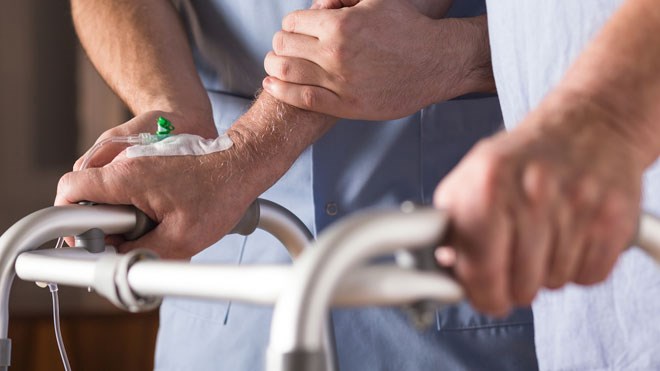 As COVID-19 continues to stomp through Canada, one of the more disturbing (and expected) trends is its ability to spread quickly in retirement and long term care homes.

So, why is containment so diificult in these settings?

According to Jane Meadus, staff lawyer and Institutional Advocate at the Advocacy Centre for the Elderly, it's a direct result of problems that were occurring before the pandemic.

"If you're in an old facility, those facilities, since 2009, are supposed to have been redeveloped, and we've seen very few of them redeveloped, so we're still seeing a lot of people in four-bed rooms. Clearly you can't isolate people in those situations," said Meadus as she joined Kitchener Today with Brian Bourke on 570 NEWS. "We're not paying the staff enough. We have problems getting staff, so when you have something like a pandemic where people are sick or afraid to go in, you don't have any other staff to pull on. We pay PSWs very poorly for a very difficult job, and the same with the nurses. The nurses are probably some of the most poorly paid nurses in the system, yet their jobs are some of the most difficult, and they have the most responsibility."

All of these issues come back to dollars and cents, according to Meadus, who said that the province has gotten complacent over the years.

"Things seem to be 'okay, and there's other things to worry about,'" she explained. "It just seems to be that seniors get to be at the lower end of the totem pole a lot of the time."

It may be a problem that's been easier to ignore, since the solution is complex and expensive.

Meadus also said that Long Term Care homes have, over the years, taken on more responsibilities that used to be on hospitals, but workers haven't seen a pay hike to match that workload increase.

With high demand for services and low funding (and space), Meadus doesn't think that those infected with COVID-19 should stay where they are.

"I think that as soon as someone is diagnosed with COVID, they should be taken out of the home, because those homes just cannot manage the isolation in most cases. It's just not possible. If you leave them in, the chance of other people in that home getting infected is very high."

About the Author: Ben Eppel