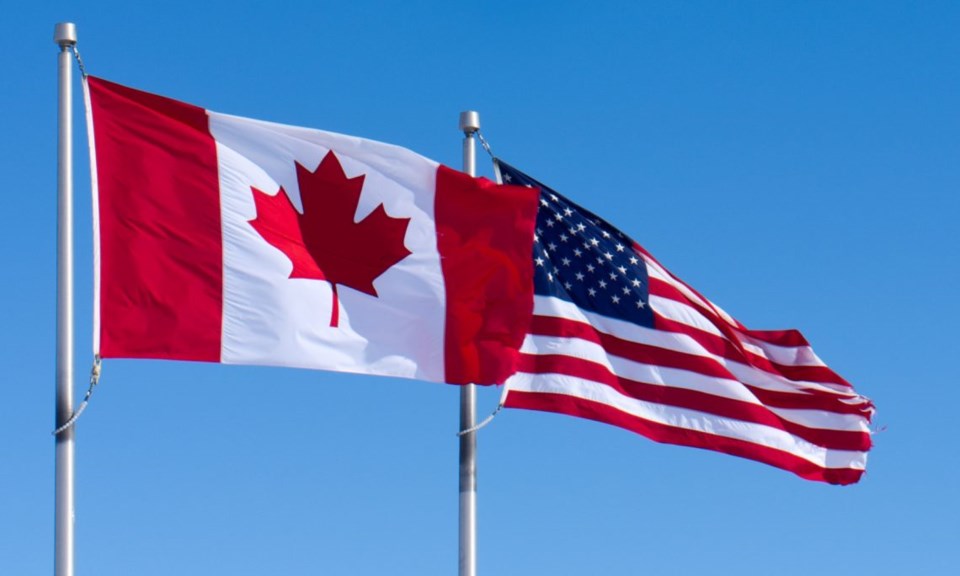 As the U.S. government shutdown continues (brought on by a standoff between U.S. President Donald Trump and Congressional leaders over the controversial Mexican border wall issue), many U.S. federal government employees are carrying on their duties without pay.

That includes many U.S. Customs and Border Protection (USCBP) personnel, such as those at the Sault, Mich. border entry on the American side of the International Bridge.

As a gesture of solidarity with their U.S. counterparts, members of Branch 26 of the Customs and Immigration Union (CIU) who work for the Canada Border Services Agency (CBSA) in northern Ontario, will be delivering food across the border to help U.S. Customs officials affected by the government shutdown at the Sault Ste Marie, Pigeon River, Fort Frances and Rainy River border crossings.

“We’re all trying to do our best to help those officers, and at our port in the Sault specifically, on Tuesday, before the union even stepped in, our officers on shift took up a collection themselves and had 10 pizzas delivered (from a Sault, Mich. pizza restaurant) over there to the U.S. Customs,” said Caroline Walker, a Sault, Ontario CBSA official with Branch 26 of CIU, speaking to SooToday Wednesday.

“They were saying there were approximately 30 officers, so they wanted to make sure there was enough pizza and have some left over for the night shift. The union authorized $150 for each port in our union area (the Sault, Pigeon River, Fort Frances and Rainy River).”

“We’ll be sending over another order of pizzas, and a few of our officers were talking about going over there on their own time and taking Tim Hortons coffee and things like that, so both officially and unofficially we’ve kind of all come together to show them we’re brothers and sisters and that we support them,” Walker said.

“It’s not a huge thing, but we really want to stand in solidarity with them,” said Mathew Ashworth, CIU Branch 26 president, speaking to SooToday.

“It’s the longest government shutdown in the history of the U.S. There are lots of political games and we don’t stand on one side of the politics or the other. It’s the workers over there that are paying the price. They do critical work. They’re border security. They do air travel, land border, every single day. Our workers on our side have been dealing with the Phoenix payroll issues, so we don’t have the same issues but we feel a lot of the same things, so we’re trying to do what little we can to make their days a little brighter.”

“Anybody that’s going to work and doing the essential work they’re doing deserves to be paid. They have families. I know a lot of times people see them just as uniforms but they’re everyday people too, they deserve to be paid, they have spouses and children and people who rely on them to get paid every day. They’re still showing up to work. It’s very admirable what they’re doing. They’re still maintaining their border but they’re not getting a dime out of it right now,” Ashworth said.

“In Rainy River, we delivered some food donations yesterday to them. Two officers went across and delivered meat and cheese and veggie trays, buns and desserts, just to brighten up their day and do what we could.”

“Their reaction was ‘you guys did not have to do this but we love it that you did.’ They were very thankful for it.”

U.S. Customs officials in Sault, Mich. were not immediately available for comment Wednesday.

As a result of the U.S. government shutdown, 88 per cent of all Department of Homeland Security (DHS) employees who must remain on the job are among approximately 420,000 federal workers who have to carry on their duties, despite the shutdown. The other 12 per cent of DHS workers have been furloughed, without pay.

About the Author: Darren Taylor

Darren Taylor is a news reporter and photographer in Sault Ste Marie. He regularly covers community events, political announcements and numerous board meetings. With a background in broadcast journalism, Darren has worked in the media since 1996.
Read more