Finance Minister Rod Phillips said the pandemic has created an "unprecedented health crisis" and the province had to spend billions to support the health-care sector and help Ontario businesses and residents
Aug 12, 2020 1:15 PM By: Canadian Press 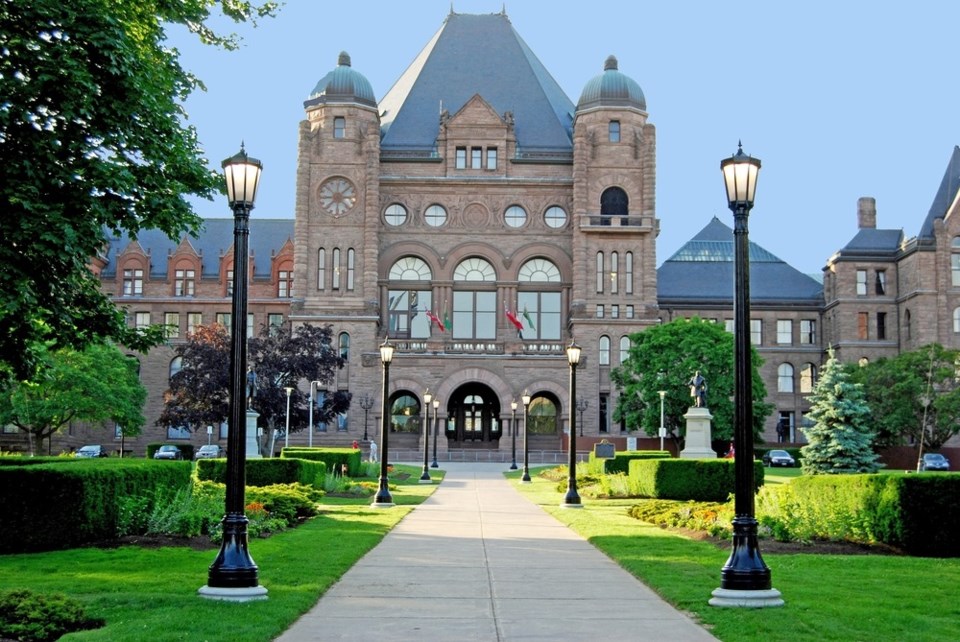 TORONTO — The COVID-19 pandemic continues to take a heavy toll on Ontario, the provinces's finance minister said Wednesday, as he announced the government has nearly doubled its deficit projection to $38.5 million in just three months.

Finance Minister Rod Phillips said the pandemic has created an "unprecedented health crisis" and the province had to spend billions to support the health-care sector and help Ontario businesses and residents.

In March, the Progressive Conservative government had said the deficit would reach $20.5 billion by the end of 2020-2021, but Phillips said Wednesday the ongoing pandemic required billions more in spending.

"We remain in uncertain times and the risk of a second wave is real despite our collective efforts to avert it," he said. "The economic impacts of COVID-19 globally, and in Ontario, are still unfolding."

In it's spring fiscal update, the province announced a $17-billion spending package designed to provide aid during the pandemic. The government said Wednesday that its COVID-19 relief spending will now total $30 billion by the close of the fiscal year.

Overall, the government expects to spend an additional $13 billion on programs this year, while it is expecting to collect $5.7 billion less in taxes and other revenues because of the pandemic.

Among the new measures announced in the update, the province now plans to add $4.3 billion more to a health-care spending contingency fund in advance of a potential second wave of COVID-19 this fall.

The safe restart agreement recently reached with the federal government to help municipalities with their COVID-19 expenses will cost Ontario $2.4 billion.

The province will add $2.2 billion to a standard contingency fund established in the wake of the pandemic.

The cost to Ontario for the promised pandemic pay for front-line workers is estimated at $1.1 billion.

All tax deferrals the province had put in place earlier this year will be extended until to Oct. 1, which it estimates will cost $1.3 billion.

Prior to the pandemic, Ontario had been projecting a $9-billion deficit for 2020-2021 and Premier Doug Ford had pledged to balance the province's books by 2023-2024.

Phillips stressed that the government had been on track to balance the books but COVID-19 has required immediate action.

"While the current level of government spending and deficits are not sustainable over the long term, they are necessary today," he said.

Earlier this year, the province postponed its annual budget, which is normally introduced in March. The government said it will instead introduce its full spending package on, or before, Nov. 14.

This report by The Canadian Press was first published Aug. 12, 2020.

CANADA: COVID-19 pandemic highlights need to document decisions, information commissioner says
Sep 29, 2020 9:50 AM
Comments
We welcome your feedback and encourage you to share your thoughts. We ask that you be respectful of others and their points of view, refrain from personal attacks and stay on topic. To learn about our commenting policies and how we moderate, please read our Community Guidelines.