Doctors say people at high risk of serious symptoms may be better off isolating until vaccines or treatments become available
May 15, 2020 10:20 AM By: Canadian Press 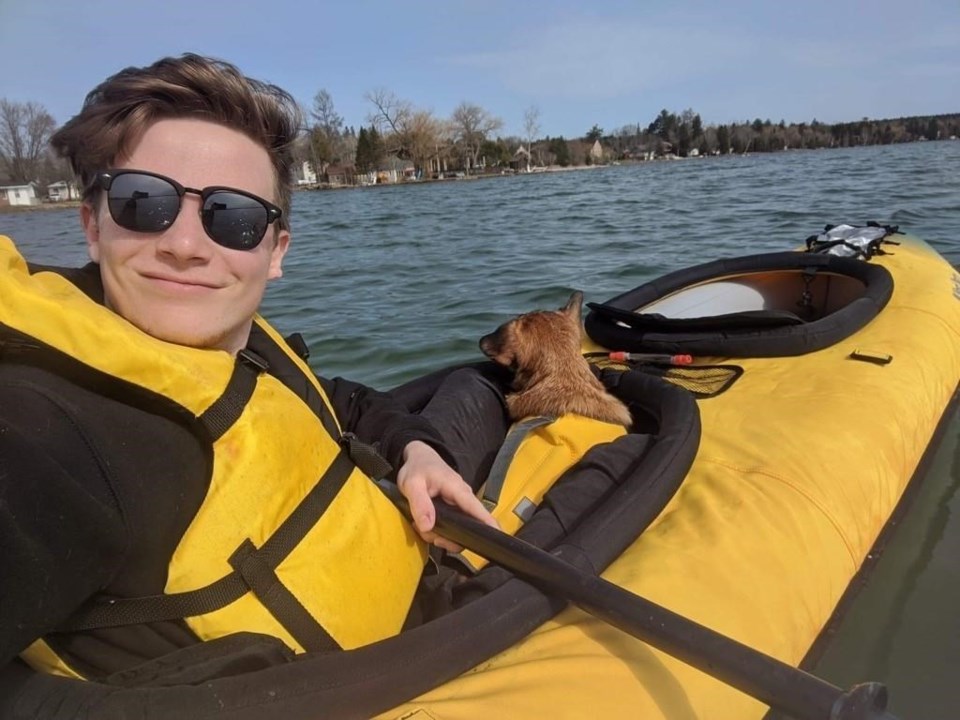 When Matt Gibbs first packed his bags to isolate himself in a cottage because of COVID-19 back in March, he mentally prepared to stay there alone for up to a year.

The 24-year-old Toronto resident didn't want to take any chances because he has an immune disorder that puts him at higher risk of dying from the disease.

Despite widespread moves to loosen lockdown restrictions, Gibbs now says he isn't planning to come out of isolation any time soon, and doctors agree that people at high risk of serious symptoms may be better off isolating until vaccines or treatments become available.

"I came up here before the lockdown actually happened," Gibbs said in a recent interview. "From my perspective that’s great if people want to take the risk, but in reality ... I don't feel like I'm any closer to getting out of here."

Gibbs says watching restrictions ease off is hard for him. At first, he could at least tell himself everyone was in the same boat. Now, he says, it will be easy to feel like he's missing out as friends and family begin to experience pieces of normal life.

"I'm trying to tune all of that out," he said. "I just feel like it’s dangling false hope."

Dr. Neil Maharaj, a respirologist who has worked with COVID-19 patients in Niagara Falls, Ont., says he would endorse a plan by an immunocompromised person to keep isolating months after restrictions ease up.

"I think it’s a wise strategy because we just don't know yet," said Maharaj, noting scientists still have a lot to learn about treating the virus.

"People who are immunocompromised will probably have to be very vigilant about how they eventually are brought back into the fold as we try to return to a new normal."

Maharaj said people who have autoimmune disorders, or who have to take medication that suppresses their immune system, should consider following stricter lockdown rules even after their provinces begin to open up.

They should also take greater care to always wear a mask and gloves, he said, and stay two metres apart from others.

In his personal experience, Maharaj noted his immunocompromised patients have suffered from more fear, anxiety and stress than others during the pandemic.

Dr. Bhagirath Singh, director of the Centre for Human Immunology at the University of Western Ontario, also said that people at higher risk won't be able to experience some of the freedoms that others will have with loosened restrictions.

"From my perspective, people who are at risk have to maintain much more careful control over who they interact with, where they go," said Singh.

"It’s a challenge everybody is going to face, that people are taken care of if they have these kinds of conditions."

For Brandy Fulton in St. Catharines, Ont., choosing when to go back to normal will be a delicate decision.

Fulton has bronchial asthma, which already causes her problems with fluid in her lungs, and her mother has an autoimmune disorder. The two have avoided leaving the house and have had other family members run out for errands instead if absolutely necessary.

"It’s terrifying to think that I could have to go back to work and this is still going on," said Fulton, who works in the tourism industry.

If people are allowed to see their friends and family in the near future, Fulton says she'd decide who's appropriate to visit depending on how carefully they've been physically distancing.

"We’re going to try to be as smart as possible without letting our desire to see people we haven't seen in a really long time affect our decision," said Fulton, who's already gone months without seeing her boyfriend in another town.

While Gibbs and Fulton see a vaccine or treatment as the only way normal life can continue, Maharaj said there could be other ways to determine when immunocompromised people can feel safer being in public.

He said scientist are trying to understand when immunocompromised people will be able treat COVID-19 as they would the common flu, which poses a risk to that subset of the population every year.

A large part of the process will be ensuring that the spread of the disease is lowered to a level where each new case can be tracked back to a source.

In the meantime, Gibbs is still preparing to be alone in his cottage for a year, or however long it takes for a treatment to appear.

"If I go back to the city, I'm setting myself up for failure, because I'm a very extroverted person, and I know a lot of my friends are not taking this super seriously," he said.

This report by The Canadian Press was first published May 14, 2020.