Lawyer behind class-action lawsuit against Sienna Living asks: 'On what basis would there be to give an entire industry immunity for negligence?'
Jun 29, 2020 1:14 PM By: Marg. Bruineman 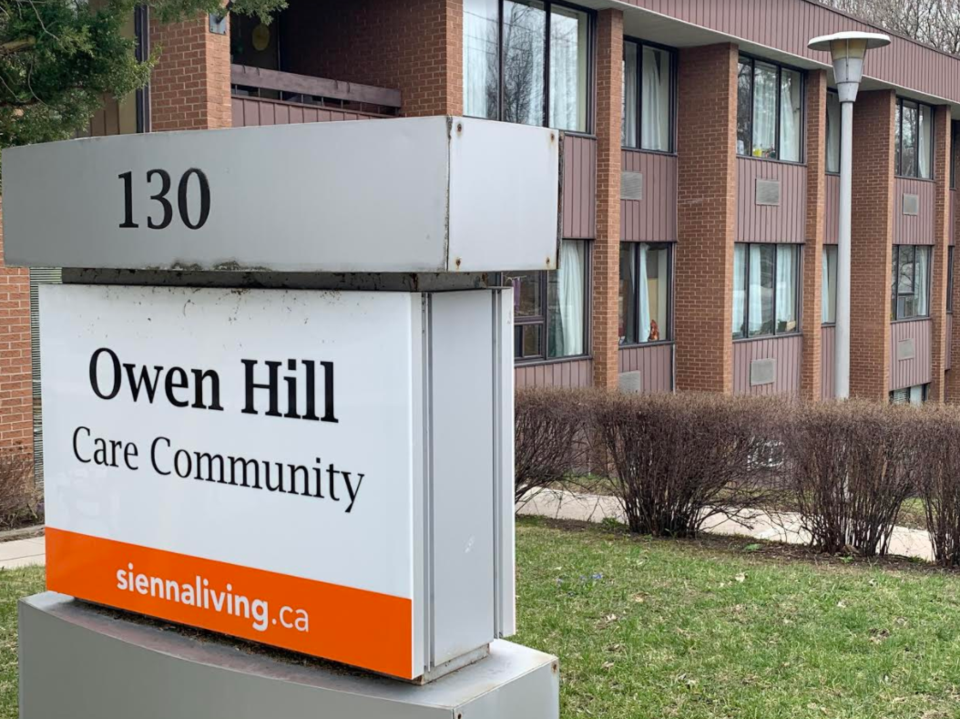 BARRIE - The ability to keep nursing homes in check through legal action hangs in the balance as the province considers granting organizations immunity from lawsuits related to COVID-19, says a lawyer who has launched two class-actions.

Premier Doug Ford confirmed this week that cabinet is mulling over the possibility of “good-faith” immunity against lawsuits related to the coronavirus.

If that happens, organizations and people would be protected from legal action if they spread COVID-19 while acting in good faith.

The issue expressed by the group representing the province’s long-term care homes is that, without protection, those organizations may no longer access insurance coverage and be unable to operate.

“It’s a real concern,” said lawyer Darryl Singer, who has launched a $100-million class-action lawsuit against Sienna Senior Living Inc., owners of Owen Hill Care Community in Barrie and Bradford Valley Care Community in Bradford West Gwillimbury, as well as Revera Inc., on behalf of family members of residents who have died during the COVID-19 crisis.

“On what basis would there be to give an entire industry immunity for negligence?”

At least four class-actions have been launched against other nursing homes, which Singer says covers most of the nursing homes in Ontario.

“The insurance industry is really on the hook here. My class-action is being defended… but the lawyers are insurance company lawyers,” he said. “There’s an insurance policy that’s triggered as a result of negligence.

“The majority of the industry is privately run. And now you’ve got the insurers and the nursing home industry basically saying to the government: ‘If you don’t protect us, we’re not going to be able to operate in this province'.”

But even if the Ontario government decides against providing immunity for COVID-related lawsuits, it is something the courts may well address down the road, says Josh Valler, a civil litigation associate at Barriston Law in Barrie.

“If there isn’t anything coming from the government, it could very well come from the court as well. The court could always take a stance where, if an employer or a company acted in a reasonable manner on the advice of a public health official if someone got sick, the court could say, ‘OK, it’s unfortunate, but they followed every procedure that we could.

“But we don’t know, it’s still so early. This could take years to play out in the court.”

Just the same, Valler is looking for clarity.

He said the provincial government could ease concerns for businesses across the province by making a clear determination on how it intends to approach the issue.

Singer, however, says families across the province should be allowed due process.

“There’s no remorse at all that they’re showing. There’s not even been an apology,” he said of the nursing homes where residents have died from COVID. “Defend the case on the merit; that’s what our civil litigation system is about.”

If the Ontario government does decide to provide immunity, it won’t be the first.

Valler points out that other jurisdictions are taking that route.

“In British Columbia, there’s an order in council which is passed by the provincial cabinet essentially granting immunity provisions in there for employers that are acting reasonably. It could, very well, play out in Ontario the same way. But I think at this point it’s somewhat premature,” he said.

Although, long-term care homes are unlikely to be protected, says B.C.’s attorney general.

In addition, more than 20 U.S. states have taken steps to limit the liability of health-care providers related to COVID-19.

ONTARIO: Province to introduce bill to extend some emergency measures over the next year
Jul 7, 2020 7:16 AM

ONTARIO: Province to end streaming in Grade 9, early years suspensions
Jul 6, 2020 10:18 AM
Comments
We welcome your feedback and encourage you to share your thoughts. We ask that you be respectful of others and their points of view, refrain from personal attacks and stay on topic. To learn about our commenting policies and how we moderate, please read our Community Guidelines.