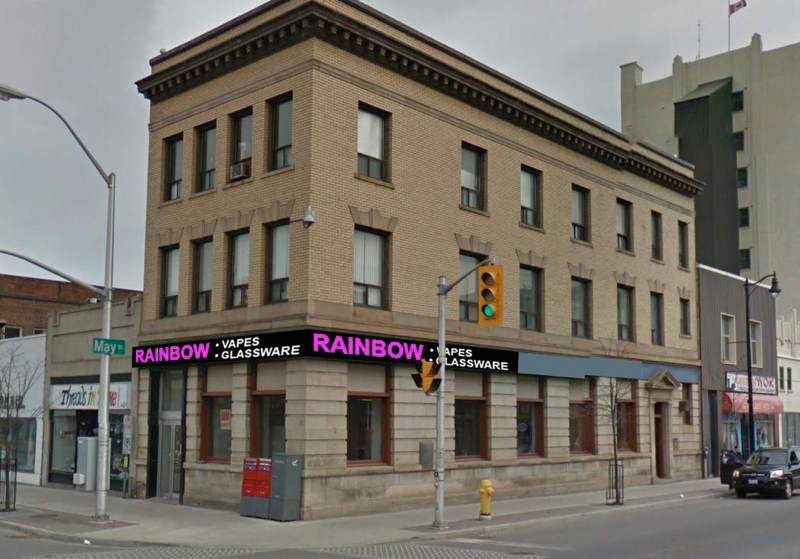 Rainbow on May is located in the downtown south core

THUNDER BAY — Darren Gravelle says no one would expect the government to hold a lottery for liquor licences, and it is equally unreasonable to use a lottery to award licences to sell cannabis.

Gravelle manages Rainbow on May, a vape shop. The same owner operates a similar shop on Bay Street.

The local operator was not included in a list of 25 respondents selected from the 17,000 parties across Ontario that applied to participate in the lottery.

Regionally, two were drawn for all of northern Ontario, with another 20 being put on a wait list. The wait list will be used if a chosen applicant is unable to proceed.

Gravelle says the government has handled the process "very inappropriately."

The local business had filed an application under the Ford government's original scheme for an open-market system.

Last month, however, the government changed the rules and scaled back the plan, saying it was concerned about a cannabis supply shortage across the country.

"We spent a fair bit" of money for the original application, Gravelle said, as did thousands of other applicants.

"If they can only supply 25 stores in Ontario right now, that's understandable, I guess. But they should have picked from the existing applications, not a random anybody-can-jump-in-at-the-last-minute lottery," he said.

Most of the lottery winners are believed to be individuals rather than corporations.

The respondents have until this Friday to submit formal applications to the Alcohol and Gaming Commission of Ontario, including a $50,000 letter of credit and a non-refundable fee of $6,000.

"I don't think anybody is capable of doing that in five days. I know we weren't, that's for sure," Gravelle said.

He estimated that it took Rainbow two weeks to assemble the paperwork under the initial application process.

"It would have made perfect sense to do a lottery based on the original list of applications," Gravelle said..

He said the revised process is no different from holding a random lottery to see who might get a liquor licence. "It just doesn't make any sense."

Gravelle said the only recourse Rainbow has now is to wait for the next phase of the retail rollout.

"No one apparently has any idea when that's going to be. My guess is no earlier than January 2020."

About the Author: Gary Rinne

Born and raised in Thunder Bay, Gary started part-time at Tbnewswatch in 2016 after retiring from the CBC
Read more