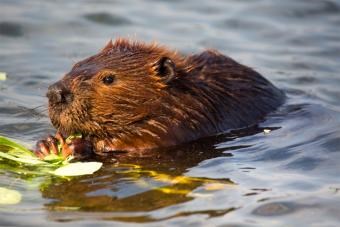 DRYDEN — Disturbing video of a beaver being hit repeatedly with rocks has prompted an animal cruelty investigation by the Ontario Ministry of Natural Resources and Forestry in Dryden.

The video was posted on social media over the weekend.

It showed two individuals striking the defenceless animal with stones until it became motionless.

Laughter could be heard in the background as a third person recorded the incident.

An Ontario Provincial Police spokesperson says "a number of complaints came in regarding the video."

Dryden OPP contacted the MNR, and both agencies conducted an initial investigation at the scene of the incident.

They then decided that the ministry should take the lead role.

An MNRF source told Tbnewswatch on Monday afternoon that he "presumed" the beaver had been killed but didn't have confirmation of that as yet.

He said the individuals allegedly involved in the incident have been interviewed, however he could not provide further details at this time.

There is no word on any charges so far.

A spokesperson for the Ontario SPCA said its enforcement support services will be made available if additional resources are needed for the investigation.

COVID-19: Ways to curb the increasing misinformation about coronavirus
Jun 6, 2020 9:25 AM

WATCH: Health minister says province is working on backlog of surgeries, procedures due to COVID-19
Jun 5, 2020 3:00 PM
Comments
We welcome your feedback and encourage you to share your thoughts. We ask that you be respectful of others and their points of view, refrain from personal attacks and stay on topic. To learn about our commenting policies and how we moderate, please read our Community Guidelines.