Prime Minister Justin Trudeau says feds will work with Air Canada after plans to lay off more than half its workforce surface; Federal funding announced for women entrepreneurs, Canadian Red Cross Saturday
May 16, 2020 11:16 AM By: Village Media 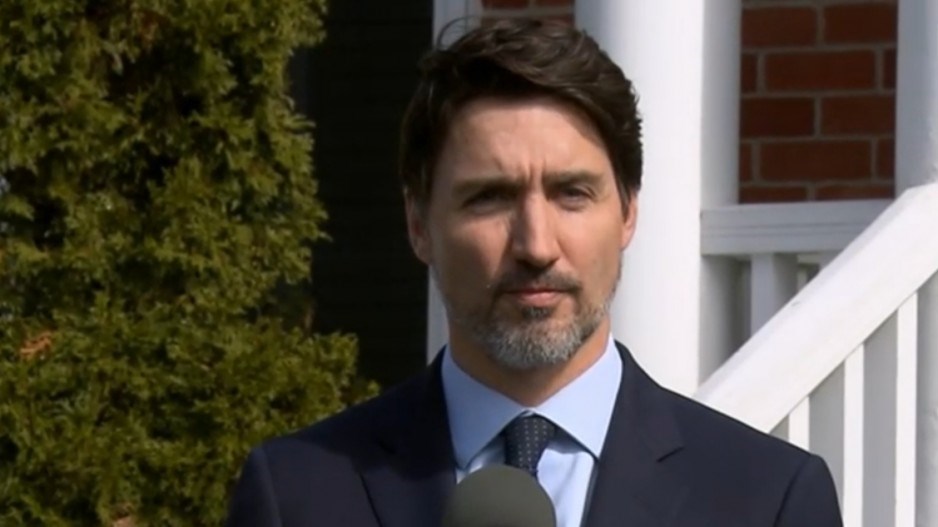 Prime Minister Justin Trudeau says the federal government will be working closely with airlines in order to discuss options for workers after Air Canada announced that it's laying off more than half of its 38,000 employees next month.

“We will continue to work with the sectors and industries that have been very hard hit by this pandemic,” said Trudeau during his daily address to Canadians from the steps of Rideau Cottage Saturday. “We will do everything we can to ensure that Canada can come out of this situation in good shape, and we will always be seeking to support workers and families across the country.”

The country's largest airline — along with its competitors — has seen demand for air travel evaporate amid ongoing border shutdowns and confinement measures, prompting Air Canada to ground some 225 airplanes and slash flight capacity by 95 per cent.

When asked by reporters about a potential bailout of the airline industry by the federal government, the prime minister pointed to the three-month extension of the Canada Emergency Wage Subsidy and the credit available to large companies through the Large Employer Emergency Financing Facility (LEEFF).

“We put in place the Large Enterprise Emergency Finance Facility - LEEFF - to be able to support companies with liquidity over this time of pandemic,” said Trudeau. “It is not a bailout - it is a loan that is going to help them get through, but we are still working with companies to see who’s taking that up, and how the format of it will be worked out.”

While Air Canada is not currently contributing to most worker wages, the airline has continued to pay into its pensions and benefits funds, a continuous cash drain at a company that lost more than $1 billion last quarter.

The Montreal-based company has been bleeding cash since mid-March and expects even fewer passengers between April and June.

The prime minister also used Saturday's address to Canadians to announce $100 million in aid for the Canadian Red Cross and a new, $15-million program for women entrepreneurs.

- with files from The Canadian Press

Prime Minister Justin Trudeau is scheduled to brief Canadians on COVID-19 in what has become his daily address from Rideau Cottage.

Village Media will carry the livestream