Because of its potential to cause serious complications for people over 60, the novel coronavirus has separated us from our elderly loved ones — our most vulnerable community — at the time they need us the most
Jun 20, 2020 9:25 AM By: Canadian Press 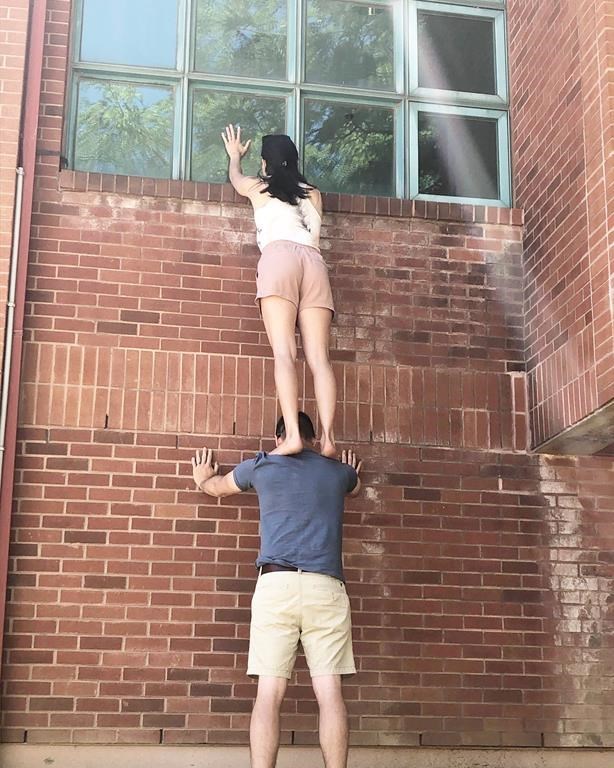 TORONTO — When Becca Orban eyeballed her grandmother's second-floor hospital window, she figured it was within reach.

So the 27-year-old former cheerleader climbed onto her husband Steve's shoulders, reached high enough to see in the window and pressed her face to the glass.

Orban's 84-year-old grandma Irene Zilio is in Grand River Hospital's Freeport facility after suffering a stroke last month, and because of COVID-19 isn't permitted visitors, including her husband of 60 years.

Because of its potential to cause serious complications for people over 60, the novel coronavirus has separated us from our elderly loved ones — our most vulnerable community — at the time they need us the most.

Orban's grandma also suffers from Alzheimer's, and since the stroke her memory has declined even further.

"We worry that she thinks we've just dumped her there and she doesn't know what's going on. It's so sad," said Orban, who lives in Newcastle, Ont. "And at this point, you just rely on the hospital staff to keep her company and make her smile and make her laugh, because that's what families would normally be there to do.

"We don't even know if when we talk to her on the phone she even knows who we are, but seeing her at the (hospital) window and the way she smiled and waved at us, she definitely recognized us and it was so nice."

With COVID-19 cases on the decline, public health officials are relaxing restrictions about who and how many people we can see.

But experts warn people need to remain vigilant about visiting the elderly and immuno-compromised people.

"Everybody's a bit uneasy because there's a lot of things we don't know right now," said Dr. Samir Sinha, the director of geriatrics at Mount Sinai and the University Health Network Hospitals in Toronto.

The global pandemic has killed more than 6,500 seniors in long-term care facilities across Canada, Sinha said.

"What we do know is that if an older person was to get COVID, their risk of dying from it is significantly higher than the younger people in our society.

"So, now that we're being told that we can double our bubble, or we can now increase our social gatherings to 10 people, everyone's saying 'That's great, but should that 10 include grandma?'"

Sinha said it's important to remember that while the coronavirus fatality rate in Canada is between one and two per cent, for people in their 60s, 70s, 80s and 90s, the rate quickly climbs from to three to eight to 15 to 25 per cent.

Sinha said the National Institute on Ageing at Ryerson University, of which he's the director of health policy research, has tracked deaths in long-term care homes and found a fatality rate from COVID-19 as high as 36 per cent.

As restrictions are relaxed, Canadians are flocking to see friends and family, wrapping each other in hugs that have been taboo for the past three months.

"Basically within your circle, the guidance is you don't need to do this physical distance thing anymore," said Ashleigh Tuite, an epidemiologist at the University of Toronto's Dalla Lana School of Public Health. "But you still should be cautious. If you are hugging your grandkids, there are ways to do it where you don't stick your face right in their face, you can still hug somebody and turn your head for example.

"Make sure that you're still washing your hands and continuing to practise infection control as much as you can under the circumstances."

Donnovan Bennett isn't taking any chances. The Sportsnet reporter/producer wants his grandparents Lucille and Clifton Bryan, who are in their mid-80s, around as long as possible.

"The thought of losing them period, but them leaving in a way where I didn't get to really foul off as many pitches as I wanted to, and make the most out of this time with them, that would be tough," said Bennett. "That's kind of what keeps me up at night."

Bennett and his grandparents, who live just north of Toronto in an area particularly hard-hit by COVID-19, visit virtually via Facetime. The nightly dinner-time check-ins are a chance for them to see the development of Bennett's 13-month-old son Desmond.

"It's like clockwork, my wife (Kate McKenna) jokes that my grandmother might as well be colour commentator for an eating competition because everything that Desmond is doing they're saying, 'Oh, you're picking up this!' 'Oh, he wants the cheese. . .' The joke is when she calls, there's no pleasantries, it's: 'What is he doing now? Is he walking yet? Second tooth coming in yet?'" Bennett said with a laugh.

Bennett, whose grandfather was part of his wedding party, wants his grandparents — Jamaican immigrants who arrived in Canada in the 1960s — to be around long enough to see his son's kindergarten recitals and cheer on his soccer games.

Evidence shows COVID-19 has had a disproportionate impact on Black communities in the U.S., including higher death rates. The Canadian health system has been criticized for a lack of race-based data, but officials have acknowledged racialized groups may be at greater risk of COVID-19 infection.

For Bennett, the uncertainty of when his family will be able to reconvene their normal relationship is tough, but they remain cautious.

"I certainly don't want to be the reason to put them at further risk. Or my germ-loving child to be a super-spreader himself."

As restrictions are loosening, trust is key when determining who we decide to spend time with, said Sinha.

"Unless you can absolutely trust the people that you're gathering with, there will always be a level of risk of interacting with others," he said.

Things to consider, Sinha said, are whether anyone in your group of 10 has a child in daycare, if anyone is a health-care worker, or essential worker or any sort.

It's also important to include parents and grandparents in conversations about visits, Sinha said. He's had elderly people tell him they're willing to take the risk.

"Some people are saying, 'I'm 97 years old, if I get the COVID, I have a 25% chance of dying. But you know what, I have a 75% chance of not dying. And if this allows me to hold my new great-grandchild, if this allows me to actually be with my family because that's what matters most to me at this tender age,' then are they wrong for saying that they're okay to have risky encounters?"

Orban praised her grandmother's nurses as "so lovely." They wheel Irene to the window when the family, holding signs reading "Grandma, we love you" come to visit. Orban doesn't know when she'll be permitted inside the hospital.

"I just worry it might be one of the last things to open because people in the hospital are so vulnerable, right? The last thing you need is visitors bringing COVID into the hospital to these sick people," said Orban, who fears she may not be able to visit until the end of the year.

"But I'll keep climbing the window until I get in there."

The best thing to come of her window visits with her grandma is "it's made people smile, which is nice and the time of the world that we are all living in right now. And it gives you a little hope that people are still trying to do good things."

This report by The Canadian Press was first published June 18, 2020.

CANADA: Sixties Scoop adoptee finds birth family thanks to article
Sep 18, 2020 12:02 PM
Comments
We welcome your feedback and encourage you to share your thoughts. We ask that you be respectful of others and their points of view, refrain from personal attacks and stay on topic. To learn about our commenting policies and how we moderate, please read our Community Guidelines.