Canada's mandatory 14-day quarantine for people entering the country remains in place and could soil possibility of Edmonton, Vancouver or Toronto being chosen
Jun 2, 2020 8:34 AM By: Canadian Press 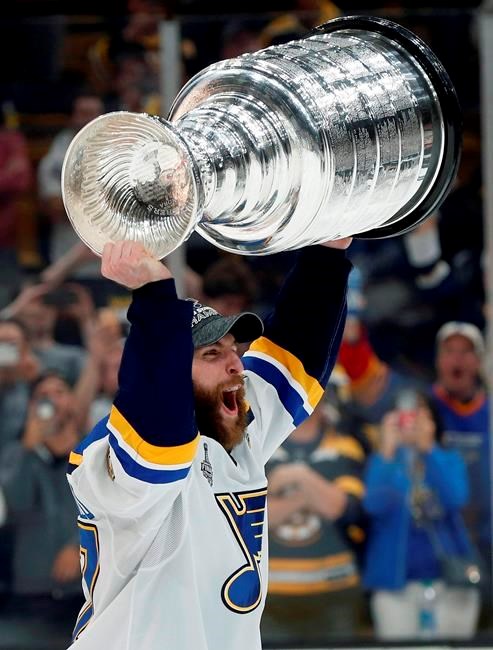 OTTAWA — It looks like hockey fans will be able to cheer on their favourite NHL team this summer but Canadians have issued a collective shrug about whether the Stanley Cup is hoisted on their home ice.

Less than one-quarter of those who took part in a recent survey said it was very important that a Canadian city be host to some of the playoffs.

The web survey, conducted by polling firm Leger and the Association for Canadian Studies, found 47 per cent thought it wasn't important that the puck drop in a Canadian arena.

The NHL plans to resume its 2019-20 season, brought to a halt in March by the COVID-19 pandemic, with games played in two hub cities.

Edmonton, Vancouver and Toronto are among the 10 possible locations, but Canada's mandatory 14-day quarantine for people entering the country remains in place and could scuttle the prospect of hockey north of the 49th parallel.

Since polls created from internet panels are not random samples, the survey can't be assigned a margin of error.

The polling firm says that using data from the 2016 census, results were weighted according to age, gender, mother tongue, region, level of education and presence of children in the household to ensure a representative sample of the population.

The hockey question, limited to Canadian respondents, revealed 24 per cent felt it was very important for a Canadian city to play host, while 20 per cent said it was somewhat important.

Thirty-five per cent said it was not important at all, 12 per cent felt it was somewhat unimportant and nine per cent didn't know.

The fact the NHL plans to bar spectators from the stands during playoff games due to COVID-19 "probably cooled off a few respondents," said Leger executive vice-president Christian Bourque.

Seventy-six per cent of Canadians surveyed said there would be a second wave of the COVID-19 pandemic, compared with 62 per cent of Americans who expect one.

Three-quarters of Canadians said schools and public places should once again be shut down in such a scenario, while 60 per cent said businesses should close.

Almost half of Canadian respondents said it was impossible to avoid a second wave. More than three-quarters said individuals have a greater responsibility than the government to take adequate measures to try to avoid another wave.

"Whether it's wearing the mask, whether it's keeping a safe two metres (from others), I think mostly this tells me that Canadians will want to remain fairly disciplined over the next couple of months, because of that fear of a second wave," Bourque said.