The federal government will be sending $300 cheques to millions of seniors who qualify for old age security, plus a further $200 for those receiving the guaranteed income supplement, says Trudeau
May 12, 2020 1:48 PM By: Canadian Press 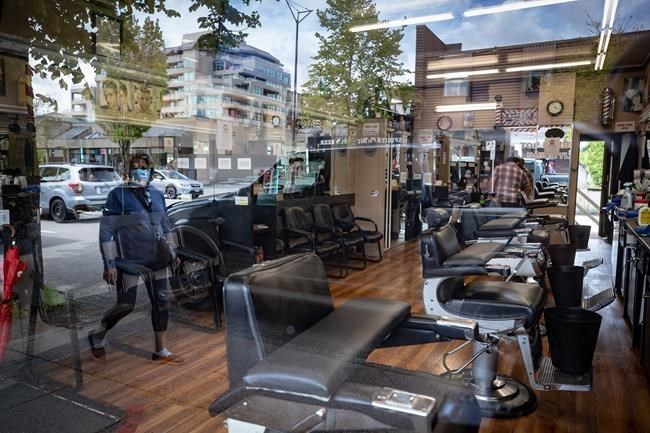 TORONTO — Canada's death toll from COVID-19 passed the 5,000-mark on Tuesday as Prime Minister Justin Trudeau said the pandemic had exposed serious flaws in Canada's long-term care system that governments will have to fix.

As he pledged new financial help for seniors, Trudeau noted nursing homes fall under provincial jurisdiction but said Ottawa will help provinces improve the system once the immediate pandemic emergency is over. Most of the country's deaths from coronavirus disease have been in long-term care facilities.

Trudeau announced the federal government will be sending $300 cheques to millions of seniors who qualify for old age security, plus a further $200 for those receiving the guaranteed income supplement.

Canada's caseload of COVID-19 has now climbed to more than 70,340, with at least 5,049 of those fatal. The country's most populous province reported a modest increase of 361 new cases Tuesday — up 1.8 per cent from the previous day — along with 56 more deaths. In all, coronavirus disease has killed 1,725 people in Ontario, most in long-term care facilities.

While Ontario has been easing some restrictions on retail stores, the province was looking to extend its state of emergency to June 2. The provincial legislature sat Tuesday in limited numbers, with the extension on the agenda.

Trudeau was non-committal on reopening the border with the United States, although Deputy Prime Minister Chrystia Freeland said Ottawa and Washington were working on plans to deal with higher cross-border traffic as states and provinces begin reopening. Only essential travel between the countries has been allowed since March, but the partial closure was set to expire next week.

Preventing transmission from outside Canada into Canada will be important for ensuring no second COVID wave washes over the country. Ottawa was looking at beefing up protocols around a requirement that any newcomers to the country self-quarantine for two weeks, Trudeau said.

"We have constant discussions with the U.S. with regard to the border," he said. "We're going to be very careful about vectors of infection into Canada."

Universities have also been puzzling out their approaches to the new academic year in light of the pandemic that has shut campuses. Several schools — McGill University, the University of British Columbia and the University of Ottawa among them — said classes will be primarily online.

Conditions in the country's prisons have also become the subject of a new COVID-related lawsuit, with a prisoner and several human rights organizations filing a constitutional challenge against the federal government.

The aim of the action is to compel Ottawa to take steps to ensure inmate safety during the pandemic, which has claimed the lives of two inmates. In all, 333 federal prisoners and scores of guards have been infected.

Several prisoner rights groups, including the Canadian Prison Law Association and the Canadian Civil Liberties Association which filed the suit, have been calling for a controlled release of prisoners to allow for physical distancing, along with sharply higher testing for inmates and correctional staff.

—with files from Canadian Press reporters across the country

This report by The Canadian Press was first published on May 12, 2020