CANADA: Here's the full RCMP statement on bodies believed to be B.C. fugitives

Press conference scheduled for this afternoon about the murder suspects
0
Aug 7, 2019 3:58 PM By: Village Media 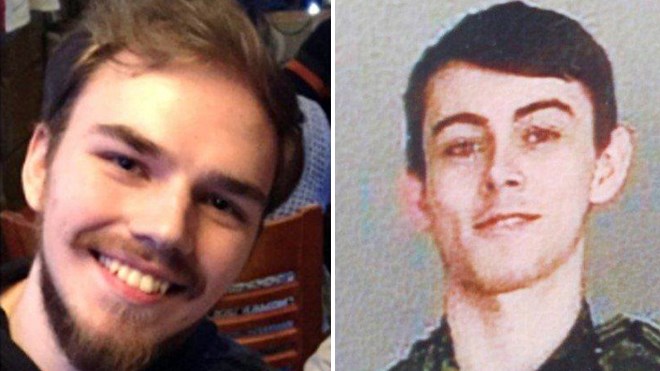 RCMP say autopsies are expected to tell them if two bodies found this morning belong to Bryer Schmegelsky, 18, and Kam McLeod, 19, two men wanted for three murders in B.C. (Supplied)

The following is the full text of a statement from RCMP in Manitoba on the discovery this morning of two bodies believed to be murder suspects Bryer Schmegelsky, 18, and Kam McLeod, 19. RCMP are expected to release further information in a news conference this afternoon:

While there were no confirmed sightings since July 22, our officers never gave up in their search efforts – following-up on every lead, considering all options, and using every available resource.

Our officers knew that we just needed to find that one piece of evidence that could move this search forward.

On Friday, Aug. 2, that one critical piece of evidence was found – items directly linked to the suspects were located on the shoreline of the Nelson River.

Following this discovery, we were, at last, able to narrow down the search.

We immediately sent in specialized RCMP teams to begin searching nearby high-probability areas.

At this time, we are confident that these are the bodies of the two suspects wanted in connection with the homicides in British Columbia. An autopsy is being scheduled in Winnipeg to confirm their identities and to determine their cause of death.

To the families of everyone affected by the series of events over the last few weeks, I know it has been so very difficult and I hope today's announcement can begin to bring some closure.

I want to thank the communities and the leadership of Gillam, Fox Lake Cree Nation, Ilford War Lake First Nation and York Landing.

Your lives have been disrupted, many of you lived with uncertainty and fear, but throughout, you were resilient, you came together as communities and you helped our officers get the job done.

To the officers involved in the search efforts; I commend you for your determination, for your innovation, for never giving up, and for working night and day to bring this search to a conclusion.

This was a search that could not have been successfully achieved without the help from our partners at the Canadian Armed Forces, from RCMP employees who came in from across the country and from multiple private partners.

Above all however, it was a search that could only be successful if we had strong public engagement and support.

Thank you to all Canadians for remaining vigilant, for calling us with information and most importantly, for being our partners.

CANADA: National public health data finds vaccine rates for kids fall short
Jan 22, 2020 12:20 PM
Comments
We welcome your feedback and encourage you to share your thoughts on this story. We ask that you be respectful of others and their points of view, refrain from personal attacks and stay on topic. To learn about our commenting policies and how we moderate, please read our Community Guidelines.