The plan involves some 38 parks and 171 historic sites, including lighthouses, forts, canals and monuments, that are administered by Parks Canada
May 14, 2020 8:26 AM By: Canadian Press 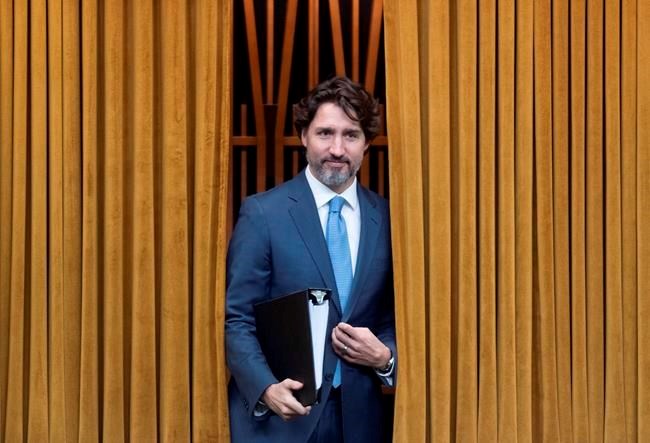 OTTAWA — Canada is slowly beginning to emerge from its COVID-19 cocoon, with the federal government poised to announce a gradual reopening of national parks and heritage sites, and more provinces taking the first halting steps toward a return to normal.

Prime Minister Justin Trudeau and Environment Minister Jonathan Wilkinson are expected to announce today plans to begin a phased-in opening of federal parks and historic sites across the country.

Since the deadly virus that causes COVID-19 sent the country into lockdown in mid-March, all national parks and historic sites have been closed, with visitor services and all motor vehicle access suspended.

The gradual reopenings are to be accompanied by measures designed to ensure the safety of visitors and workers.

The plan involves some 38 parks and 171 historic sites, including lighthouses, forts, canals and monuments, that are administered by Parks Canada.

However, none of them are expected to be open in time for the coming long weekend.

Alberta, meanwhile, begins implementing today the first phase of its relaunch strategy, with retail stores, hair salons, museums, daycares and day camps allowed to open, with restrictions. Restaurants and cafes can also reopen but only at half capacity.

The reopenings apply across the province, except in Calgary and Brooks, which will have to wait until May 25.

Calgary's rate of infection is more than twice that of the provincial average and Brooks is struggling with a spike in cases linked to a meat-packing plant in the city.

Premier Doug Ford is set to disclose today the details for the first stage of Ontario's reopening, although it's not expected to be implemented for some time yet. The first stage is expected to include some seasonal businesses, low-risk workplaces and essential services.

Although Ontario's case load has been trending downward, the province's chief public health officer, Dr. David Williams, said earlier this week it's not falling rapidly enough yet to allow for first stage re-openings.

Quebec, Prince Edward Island, New Brunswick, Nova Scotia, Manitoba, Saskatchewan and British Columbia have all taken some tentative first steps toward reopening their economies. But Nunavut, the Northwest Territories and Yukon have not yet lifted restrictions.

This report by The Canadian Press was first published May 14, 2020.