Politicians say the agreement will help to rebuild relationships after anti-pipeline protests and blockades earlier this year
May 14, 2020 8:45 AM By: Canadian Press 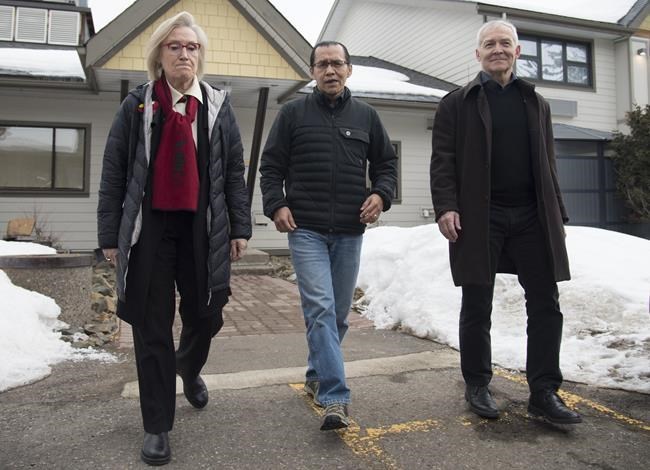 SMITHERS, B.C. — Wet'suwet'en hereditary chiefs and representatives of the federal and provincial governments are expected to sign an agreement today that politicians say will rebuild relationships after anti-pipeline protests and blockades earlier this year.

But the deal has also fractured an Indigenous community in B.C.'s Interior.

The memorandum of understanding was signed in March, ending protests and blockades by First Nations across the country that damaged Canada's economy.

The hereditary chiefs oppose the construction of a Coastal GasLink pipeline through their territory and while this agreement recognizes their rights and title, the chiefs say it has no impact on the pipeline.

Elected chiefs of the First Nation say they should have been involved in the negotiations and are urging rejection of the agreement.

Premier John Horgan says the Wet'suwet'en have to figure out how to govern themselves and the agreement provides a framework allowing that.

Indigenous law expert Mary Ellen Turpel-Lafond agrees with the elected chiefs, saying the signing should be postponed to allow for the governance issues to be worked out.

She says self-determination for the First Nation means they can pick their own government and how it functions but this agreement could saddle them with more conflict.