Isolation and the absence of funerals or celebrations of life are adding an extra layer of grief for many
May 15, 2020 8:50 AM By: Canadian Press 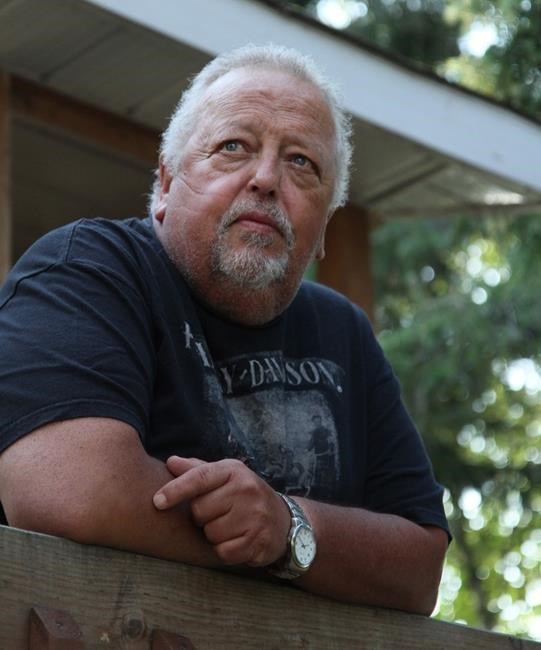 Entertaining people with his stories, jokes and musical talents on multiple instruments like the drums, saxophone and keyboards made Gord Kudlak a magnet for a large community that loved him.

He died alone on Good Friday in the intensive care unit of St. Boniface Hospital in Winnipeg, the city where he and his band Rewind delighted fans with the doo-wop songs of the 1950s.

"As soon as Gord walked into a room it would be funny and the stories would come out," Norm Kudlak said of his 68-year-old brother, who suffered a heart attack.

Gerri Kudlak called an ambulance the night before but it whisked her husband away without her because of physical distancing restrictions during the COVID-19 pandemic, which also meant she wasn't allowed in the ICU.

"When she did phone me that evening, on Good Friday, she was sobbing. She said she couldn't even ride in the ambulance with him," said Kudlak.

A viewing was limited to 10 people and the family couldn't hug or even stand next to each other during their grief, he said.

Kudlak, 75, lives alone and is trying to cope by keeping in touch with his two daughters and extended family.

"Right now I'm OK but I think the longer we go with social distancing and the longer we cannot get together it's probably going to have some impact on my health, either physically or emotionally in some way," he said.

Concerns about the long-term impact of grief during the pandemic are shared by psychiatrists, psychologists, social workers and researchers who have formed the Canadian Grief Alliance, which wants federal funding as part of a national grief strategy. The group was convened recently by the Canadian Virtual Hospice, which provides support through resources such as MyGrief.ca and KidsGrief.ca.

The alliance wants $100 million to expand existing community services over the next three years, including for health-care workers and first responders suffering grief-related trauma, as well as a public awareness campaign on healthy coping strategies. It's also asking for $10 million for research into a better response to long-term grief.

Health Canada, which received the request, said in a statement that the government's recent rollout of the Wellness Together Canada portal can be used to help Canadians work through grief over the loss of a loved one.

The department says it's providing $2 million over two years to allow the Canadian Virtual Hospital to expand its existing web-based resources to meet the needs of underserved communities including francophones, the LGBTQ2 community and families caring for a dying child.

Shelly Core, executive director of Canadian Virtual Hospice, said she is in discussions with Health Canada to include the group's two online services — MyGrief.ca and KidsGrief.ca — in the federal portal.

She said funding for the modules will end next year and they are unrelated to the huge need stemming from the pandemic and do not meet the needs of people who are desperate for the human connection with a counsellor or grief therapist.

"This can't be Canada's only response to grief in the country," Core said. "There are going to be a lot of people who, like my 83-year-old father, are not going to go onto Mygrief.ca and go through it. They are going to respond better to phone calls, to even Zoom calls."

Marney Thompson, manager of the counselling team at Victoria Hospice in B.C., said the palliative care community has worked hard to normalize the experience of death but physical distancing means many families are struggling emotionally because they can't see their loved ones in their final days.

"I think that we really hope and expect that when someone we love is dying, if we can we'll be at their bedside, holding their hand and stroking their face and hugging them, showing them love."

Isolation and the absence of funerals or celebrations of life are adding an extra layer of grief, she said.

"One of the really important things about a funeral is that, in a way, it introduces the bereaved person to their community as a bereaved person and is a way of signalling, 'I've had this really impactful, significant loss and I need care and attention.' "

Lack of close connection with friends and family who could offer a hug or a shoulder when words fail could lead to mental health concerns for mourners without grief support, Thompson said.

Maxxine Rattner, a social worker at Kensington Hospice in Toronto and a member of the Canadian Grief Alliance, said existing services that provide peer- or group-based support around the country have long wait lists and aren't equipped to meet the demand to help those suffering during COVID-19.

"I've heard some people talk about how their grief is stuck or on hold in some way because they're kind of living life under COVID," she said, adding that for some mourners, the death of a loved one may be faced on top of other losses including a job.

Dr. Harvey Chochinov, a professor of psychiatry at the University of Manitoba, said families anticipating a death want to "walk the path of least regret" by being at their loved one's bedside to ensure they advocated for the best care.

Those who die alone in hospital may have their last interaction with a health professional who touches them with latex gloves and looks at them through a mask or face shield, and families must cope with that, too, he said.

"You can only imagine the impact for families and for children who are just going to be left dumbfounded and not understanding what happened. People aren't there to bear witness," said Chochinov, who is also a senior scientist at the Research Institute of Oncology and Hematology for CancerCare Manitoba and a co-founder of the Canadian Virtual Hospice.

Gatherings as part of a mourning period, such as Shiva in the Jewish tradition, are beginning to be changed or scrapped, compounding losses, he said.

This report by The Canadian Press was first published May 15, 2020.