CANADA: Athletes to get more support, protection with new code of conduct

OTTAWA — The federal government is developing a comprehensive code of conduct aimed at protecting athletes from abuse and harassment at all levels — from the playground to the Olympic Games.
0
Feb 24, 2019 8:00 PM By: Canadian Press 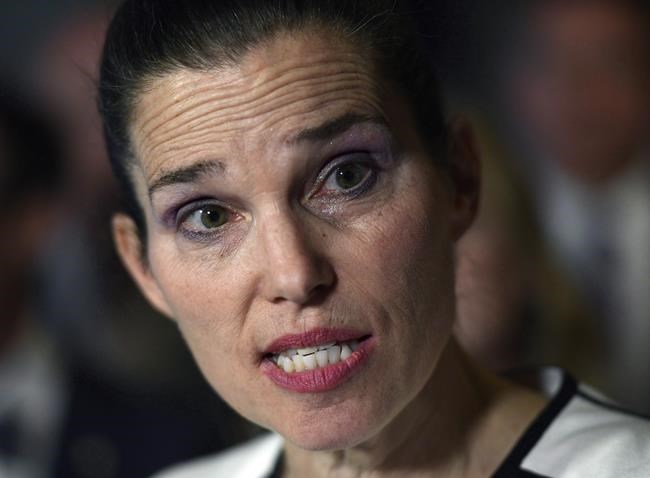 OTTAWA — The federal government is developing a comprehensive code of conduct aimed at protecting athletes from abuse and harassment at all levels — from the playground to the Olympic Games.

Minister of Science and Sport Kirsty Duncan announced Thursday the development of a model code of conduct for sport in Canada and the creation of a new gender equity secretariat to address abuse, harassment and discrimination in sport.

Duncan met with provincial politicians last week to discuss plans before the Canada Winter Games in Red Deer, Alta. She established a gender equity task force midway through 2018 to start looking into changes.

"Since being appointed minister of sport a year ago, I've worked hard to put athletes and children at the centre of everything we do from the playground to the podium," Duncan said. "This includes first and foremost keeping them safe from abuse, discrimination and harassment. Nothing is more important to me. No athlete or child should ever experience abuse and my heart breaks for those that have suffered."

Duncan said she was upset by recent stories about Canadian athletes being subjected to abuse, including a CBC investigation published earlier this month which reported that "at least 222 coaches" were convicted of sexual offences from 1998 to 2018. The report also said 34 other cases of accused coaches are currently before the courts.

Last week in Red Deer, Duncan announced the federal government, along with each province and territory, had signed a declaration to tackle and prevent harassment, abuse and discrimination in sport.

Duncan said Thursday that the federal government has committed $209,000 toward a Safe Sport Summit Series hosted by the Coaching Association of Canada to develop the code. The series will culminate in a national summit in Ottawa in the spring.

The government said in a release that the code of conduct will serve as a model that can be used in all sports at all levels, from national sports organizations to community teams. This code will serve as a basis for the management of abuse, discrimination and harassment cases and as a model for consistent sanctioning for those who breach the code.

The gender equity secretariat will be tasked with developing, implementing and monitoring a gender equity strategy, with the hope that a greater participation of women in leadership roles, coaching and officiating would contribute to greater safety in sport.

"We need everybody on board for this," Duncan said. "This is the next important step and it's working with (Coaching Association of Canada chief executive officer Lorraine Lafreniere), who has the mandate to work with sport across the country at all levels."

The CAC said "this is huge and monumental" and initial reaction from the various governing sport bodies and its coaches has been positive.

"This is the opportunity to hear from them, get into what a code might look like, see what the issues are for capacity for some of our smaller jurisdictions ...  and find those solutions so parents and participants understand there's one code that people are held accountable to – coaches, officials and administrators," Lafreniere said. "We're starting and we hope to succeed."

Lafreniere said the code's success will be dependent on its implementation by the individuals involved, including participants.

"Parents need to not ask just what equipment to buy, but ask what their safe sport policy is, what's the rule of two, which is the biggest deterrent so that no one adult is left alone with one child, what are your training, what are your screening policies," said Lafreniere. "Parents are part of the solution, in fact they are the solution because the more they ask for it the more we will do it."

Lafreniere acknowledged change won't take place overnight, but there has been success with various governing bodies of sport working together towards a common goal.

"Concussion is a great example of how all governments came together to create change and we see that model in this as well," Lafreniere said.

Lafreniere said the focus needs to be placed on "the most threatening, high risk and egregious behaviours to take that protection as the first step, along with the future steps of maltreatment and other changes that are needed to keep our young participants safe and striving."