BEYOND LOCAL: Why teens self-harm and how you can help 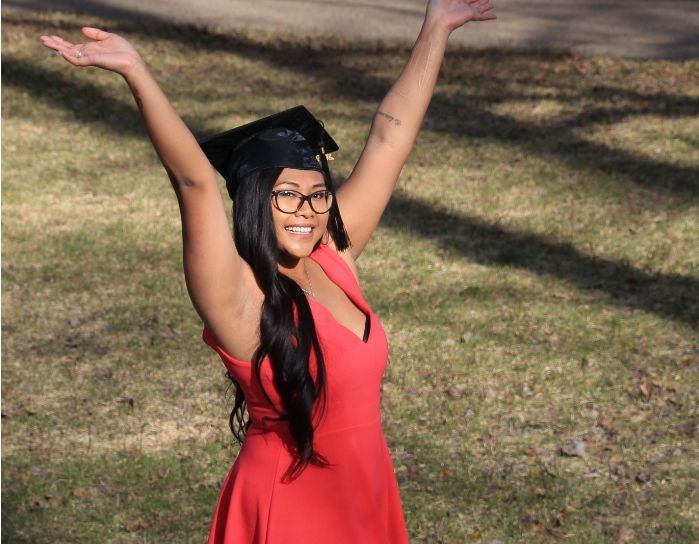 WARNING: This article includes subject matter that may be disturbing to some.

She couldn’t pin down what was happening, nor could she find a lighthouse to help her navigate the unfamiliar darkness. She did discover a sensation that could ease the pain, albeit temporarily.

“I remember it very clearly. It was just a very small cut but it was a release for me.”

“It felt wrong. I knew it was wrong and I knew it was harming me but it was kind of nice,” Waldbauer says. “After I had cut myself or burned myself then I felt really numb and calm for a few hours.

“That was really nice compared to the chaos that I felt all the time.”

Over the next two years, Waldbauer used razor blades, erasers and lighters to mark her body. She kept it a secret but eventually opened up to her parents during an argument.

“I needed to just say something because I knew I was going down a path I wouldn’t be able to come back from and it had gotten to the point where it was so severe and so often that I knew things needed to change for me then.”

With 300 scars covering her arm and leg, Waldbauer began therapy the following week and was diagnosed with major depressive disorder, generalized anxiety and social anxiety.

According to the government of Alberta, self-harm often starts in pre-teens and teens (both boys and girls) and ranges from picking and scratching to wearing tight clothing or eating overly spicy food.

“What we are hearing about from kids is that if they experience the physical pain – and they may not be able to articulate this but – their brain does release those endorphins, those painkillers, and naturally tries to protect them from that. So there is a relief from a biological perspective.”

Haubrich says for some teens self-harm can also be symbolic, with the scars representing healing from an emotional experience or trauma.

If a parent suspects their child is harming themselves, Haubrich explains it’s best to approach the subject gently so the child feels comfortable talking about it.

“The number one thing we don’t want to do is minimize it or say it’s not that big a deal, be judgmental or angry, or think that they’re trying to manipulate us.”

“But instead coming from a place of support and curiosity, opening up conversation about what might be going on for them and at the same time engaging them in other strategies to manage some of those big feelings or things that are going on,” Haubrich said. “Teaching them some other skills and some other ways to handle some of this stuff.”

Now 22 years old, Waldbauer still manages mental health issues, but has found healthy strategies to cope, such as walking her dogs or spending time with friends. If she could go back in time, she would tell her 12-year-old self to reach out sooner.

That’s her message to the youth she speaks to now as a member of the CASA Youth Council.

“When you’re just so confused and so lost and overwhelmed, it’s really easy to just feel isolated.

“But it’s really, really important… we need to reach out for help, even if it’s a small thought or a small feeling. Those things can grow so quickly.”

If you or someone you know is in crisis and needs help, resources are available. In case of an emergency, please call 911 for immediate help.

ONTARIO: Province to issue emergency alert on COVID-19
Mar 27, 2020 1:35 PM
Comments
We welcome your feedback and encourage you to share your thoughts on this story. We ask that you be respectful of others and their points of view, refrain from personal attacks and stay on topic. To learn about our commenting policies and how we moderate, please read our Community Guidelines.