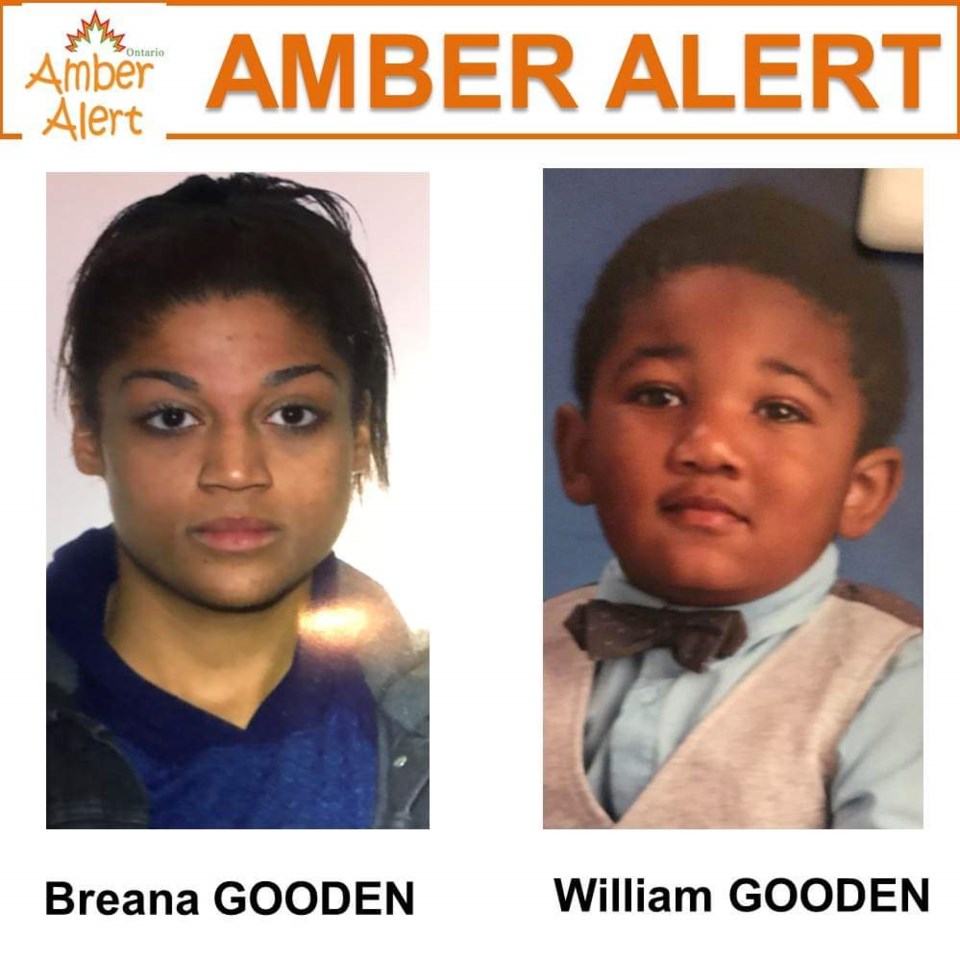 Original information:
Greater Sudbury Police have issued an Amber Alert for a three-year-old boy and a woman last seen travelling to Toronto.

The Amber Alert is being issued in relation to an abducted child.

Breana Gooden, who police are describing as a suspect, is a black female, 25 years old, five-feet-six, 150lbs, hair in a ponytail, tattoos of a lion on her left forearm and a peace sign on her right forearm. She is wearing a black sweater, black tights, black and gold mini skirt, white and pink running shoes.

VILLAGE VIDEO: Birdwatching in the backyard yields close-ups of the speedy hummingbird
Jun 1, 2020 8:45 AM

VILLAGE VIDEO: Sittin' on top of the world
May 29, 2020 5:45 PM
Comments
We welcome your feedback and encourage you to share your thoughts. We ask that you be respectful of others and their points of view, refrain from personal attacks and stay on topic. To learn about our commenting policies and how we moderate, please read our Community Guidelines.